Prosecutors in Chicago dropped all charges against “Empire” actor Jussie Smollett in a stunning deal that blindsided the city’s mayor and top cop.

Smollett had been indicted on 16 counts after allegedly staging a hate crime. As part of the deal announced Tuesday, the actor did community service and forfeited 10 percent of a $100,000 bond he put up.

Chicago Mayor Rahm Emanuel blasted the move as a “whitewash of justice,” reiterating that he and Chicago Police Superintendent Eddie Johnson still believed Smollett was responsible for the alleged hoax.

Outside the courtroom, Smollett was defiant: “I have been truthful and consistent on every single level since day one.”

Johnson said he and Emanuel learned about the deal after it was announced publicly. Usually, a decision like that would’ve been coordinated with prosecutors, according to ABC News Senior Legal Analyst Sunny Hostin.

“This,” Hostin says on today’s podcast, “is something that just doesn’t happen.”

The focus in Washington is shifting from Russia to health care as both parties gear up for a new battle over the Affordable Care Act.

The Trump administration this week sided with a federal judge’s ruling that the Obama-era health care law should be struck down. If the courts uphold the decision, millions of Americans would be affected, including many who may not have bought insurance through the Obamacare exchanges, according to ABC News’ Devin Dwyer.

“The impact can’t be overstated here,” he says on “Start Here.” “This is a big deal, and what everybody’s talking about is the lack of an alternative right now.” 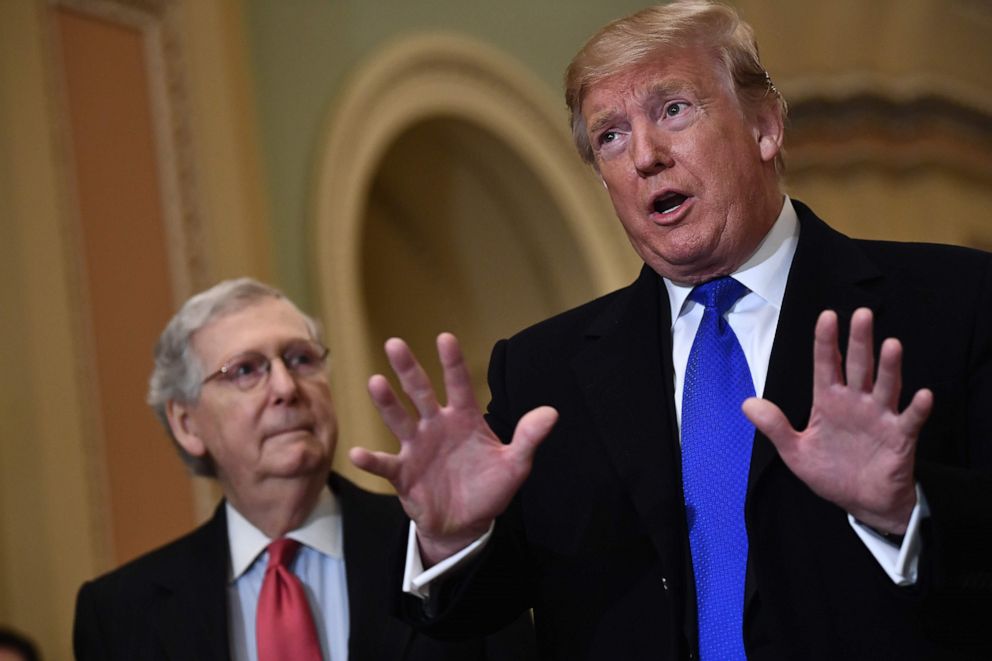 Boeing is rolling out a software upgrade to get its 737 Max jets back in the air.

About 200 airlines and Boeing customers are in Seattle today to learn more about the company’s fix for MCAS, the anti-stalling system implicated in the crash of a Lion Air jet in Indonesia and suspected in a recent crash in Ethiopia.

The Federal Aviation Administration still needs to certify the update for the grounded fleet, and sources tell ABC News Senior Transportation Correspondent David Kerley that approval may not come until next week. 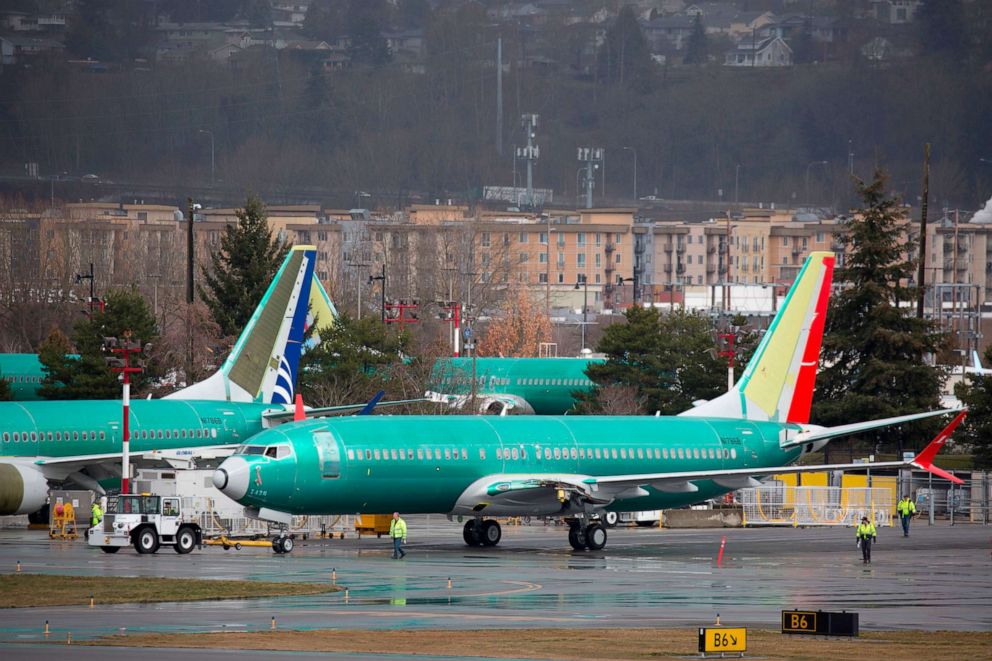 If the nation’s high court decides the partisan drawing of electoral maps is unconstitutional, the ruling could change the political landscape. But the justices remain divided over whether to step in.

“Their concern is, if they rule partisan gerrymandering to be illegal, going forward every time a party is unhappy with the way a map is drawn, they’re going to go to court and say, ‘This is a partisan gerrymander,'” Galen Druke, a politics reporter with FiveThirtyEight, tells “Start Here.” 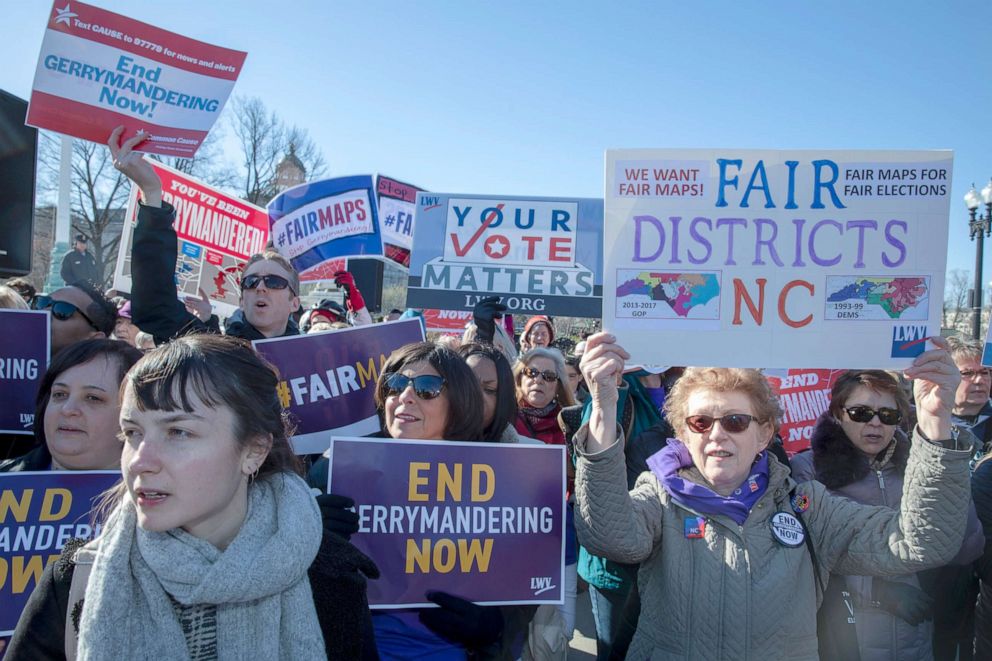 “Start Here” is the flagship daily news podcast from ABC News — a straightforward look at the day’s top stories in 20 minutes. Listen for free every weekday on Apple Podcasts, Google Podcasts, iHeartRadio, Spotify, Stitcher, TuneIn or the ABC News app. On Amazon Echo, ask Alexa to “Play ‘Start Here'” or add the “Start Here” skill to your Flash Briefing. Follow @StartHereABC on Twitter, Facebook and Instagram for exclusive content and show updates.

‘We must do everything in our power to end this outbreak‘: After more than 100 reported cases of measles, Rockland County, New York, announces a 30-day public ban on unvaccinated children.

‘It seemed like it was out of a movie’: Spring breakers fight off a gunman at a Florida gas station.

‘She shot at Tallent and then drove back to work’: An Arby’s manager allegedly shoots and kills a customer who spit in her face and threatened her.

‘We’ve had a really difficult day’: Another African elephant dies at the Indianapolis zoo.

From our friends at FiveThirtyEight:

MLB is increasingly a father-son game: If it seems like the kids of former big leaguers are taking over the sport this spring, it’s because they kind of are — they’re making the majors at rates far greater than the general population.

The prize-winning show dog that disappeared Saturday at one of the world’s busiest airports has been found.

Gale, a pure-bred American Staffordshire terrier whose owners live in Amsterdam, has been reunited with her family, the Hartsfield-Jackson Atlanta International Airport announced in a tweet on Tuesday.

The pup was being shown in the United States by her handlers and had one final event in Louisville, Kentucky, on Saturday before flying home.

“The dog somehow got out of the crate and is now running around the airfield,” Andrew Gobeil, an airport spokesperson, told ABC News in an interview Monday. “We have about 4,600 acres of field out there, from the airfield and from the woods area. So we’re looking throughout the entire airport.”

Authorities and airport officials, including wildlife biologists on staff, had been trying to track down Gale since she was last spotted Monday around 3:30 a.m. local time. It wasn’t immediately clear how and where she was found.