The story of Stonehenge took a turn today after archaeologists uncovered the remains of the Waun Mawn site in Pembrokeshire’s Preseli Hills, southwest Wales. It soon proved to be one of Britain’s biggest and oldest stone circles, and could be the original building blocks of Stonehenge. Researchers believe the stones could have been dismantled and rebuilt 150 miles away on Salisbury Plain, Wiltshire, where the structure stands today and has stood, it is believed, since as far back as 3000 BC.

Even before the newest discovery, Stonehenge’s bluestone rocks had been traced back to the Preseli Hills.

What has stumped researchers for years is the fact that the hills are more than 200 miles away from Stonehenge.

The journey would have been no small feat, even without the rocks, some of which weigh four tonnes.

It is widely regarded that the rocks would have been transported via water, and so our ancestors would have faced crossing England’s biggest tidal estuary. 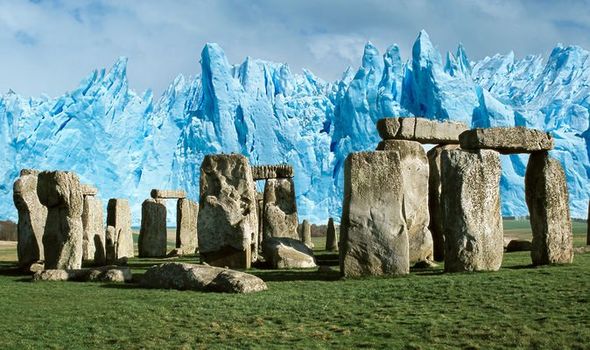 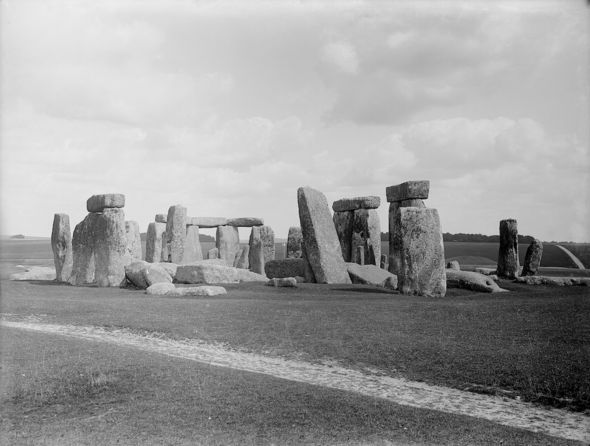 However, other explanations for how the rocks might have travelled the hundreds of miles have been floated, including one scrutinised during National Geographic’s Naked Science documentary, ‘Who Built Stonehenge?’

Here, the possibility that the rocks were in fact “never carried” was explored.

The documentary said: “Perhaps ancient Britons found the stones lying around on Salisbury Plain deposited there by a powerful force of nature – the movement of ice.”

Britain’s Ice Age saw massive ice sheets blanket the isles from the Arctic, many reaching as far as southern England, around 20,000 years ago. 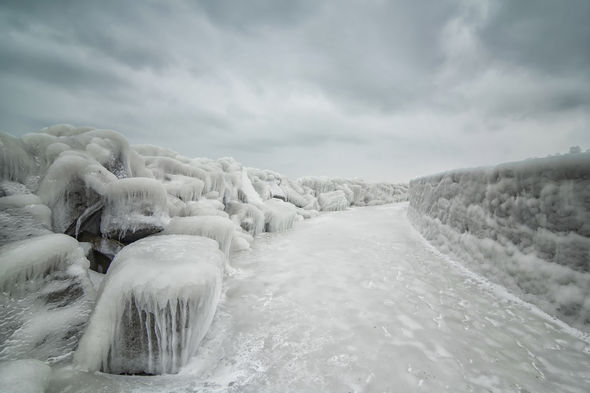 It is not a new suggestion, with researchers having suggested the theory that the glaciers, so powerful, could easily have swept huge rocks across the landscape.

In a 2015 paper, Dr Brian John, Dr Dyfed Elis-Gruffydd and John Downes published a report in the ‘Archaeology in Wales’ journal, claiming there were “no traces of human intervention in any of the features that have made the archaeologists so excited”.

The group rejected the idea that the Preseli Hills acted as a Neolithic quarry, as had been suggested shortly before by researchers at University College London (UCL) and other institutions in what was considered a groundbreaking study.

The UCL team said their findings showed how our prehistoric ancestors used two sites, in Carn Goedog and Craig Rhos-y-felin, to quarry the bluestone used in Stonehenge. 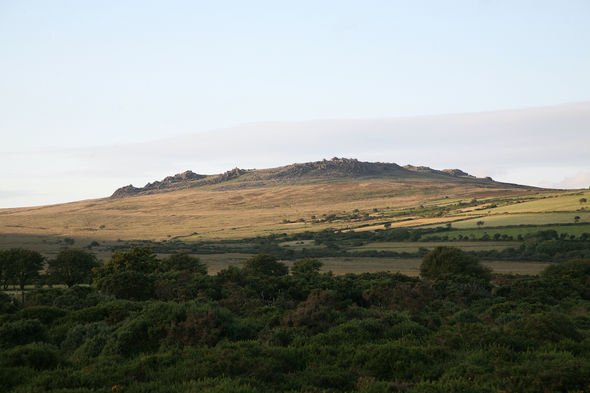 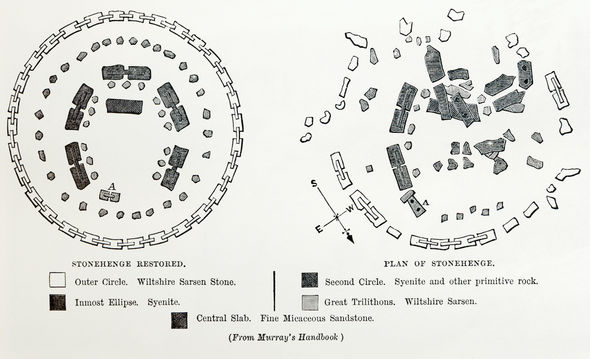 Instead, the trio said the supposed signs of “quarrying” by humans at Craig Rhos-y-Felin were entirely natural, suggesting that a number of different landforms and sediments, related to events during the Ice Age, were closer related to the site and rocks found on Salisbury Plain

In the paper, Dr John said: “There is substantial evidence in favour of glacial transport and zero evidence in support of the human transport theory.

“We think the archaeologists have been so keen on telling a good story here that they have ignored or misinterpreted the evidence in front of them.

“That’s very careless. They now need to undertake a complete reassessment of the material they have collected.” 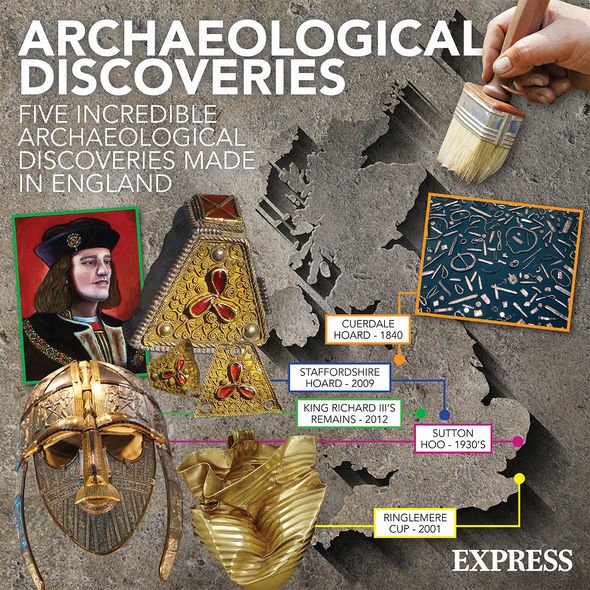 However, those archaeologists and geologists are not alone in their findings.

Author and Stonehenge researcher, Robin Heath, told Naked Science about his own findings on Presili Mountain that appeared to fit into line with the Antiquity paper.

Having catalogued the peculiarities of the hills for two decades, Heath noted that “giant stone wedges” were trapped between many of the rocks, suggesting that someone at some point tried to pry many of them away from the rock face. 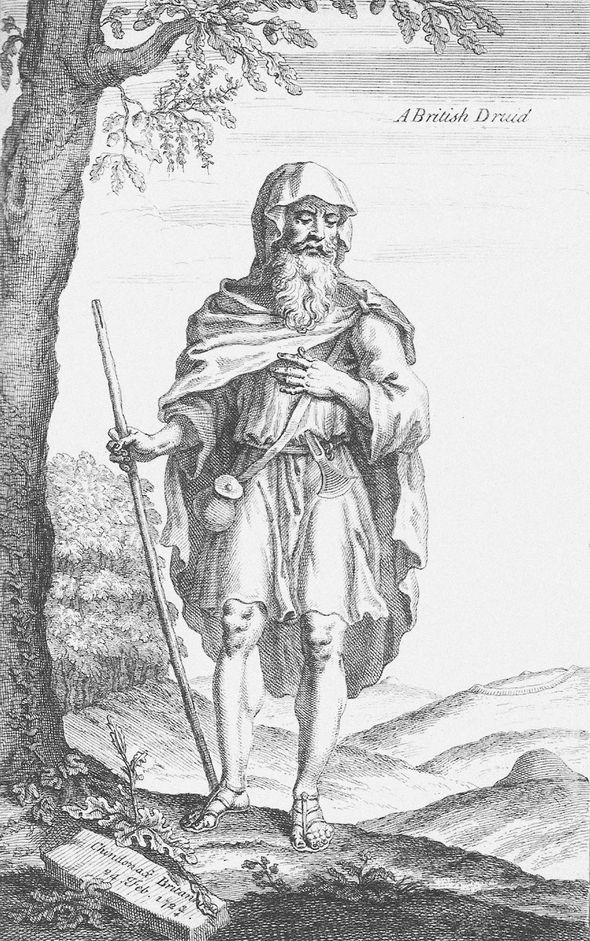 Further “compelling evidence” has since been found that appears to show that the rocks have been worked on.

Mr Heath explained: “There are some stones that have shown evidence of being cut to size.

“And there are other stone tools we’ve found that appear to have been used dressing the stone before its journey.”

The stone age tools found in and around the mountain range indicate that the rocks were being worked by people around the time the bluestones appeared at Stonehenge.

Interestingly, there are no other bluestones to be found in the area that Stonehenge stands and the vast expanse of Salisbury Plain.

This, the documentary noted, begged the question: “What sort of glacier would deposit only these few massive rocks and leave no other trace of its passage.”

It added: “The probable conclusion? It was our late Stone Age candidate who transported those stones.”

The biggest mystery facing researchers now is: How did they transport them?

‘Razor gang’ has cut our plans without any explanation

RCMP civilian advisory board ramps up, but Wally Oppal stands down