A new magnitude 6.6 quake followed a shallow and powerful tremor earlier on Wednesday that triggered a tsunami alert. 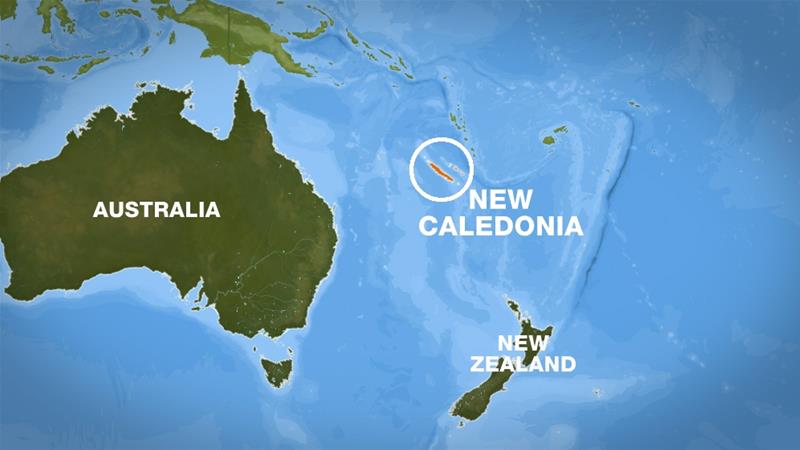 A powerful aftershock hit off New Caledonia on Wednesday just hours after a magnitude 7.5 earthquake struck the Pacific region, which triggered a tsunami warning, authorities said.

The US Geological Survey said the new earthquake measured 6.6, downgrading it from an initial measurement of 7.0.

Earlier on Wednesday, a shallow and powerful magnitude 7.5 earthquake struck off the east coast of New Caledonia, with the epicentre reported some 300 kilometres east of Noumea.

The undersea quake was only 10km deep and about 155km east-southeast of the Loyalty Islands off New Caledonia’s east coast. Earthquakes are generally more destructive when the epicentre is near the surface.

There were no immediate reports of damage from the two quakes.

Following the first major tremor, the Pacific Tsunami Warning Centre said that tsunami waves had been “observed” in the region but did not say where.

According to AP, a tsunami warning was also raised as far as Fiji.

Residents of New Caledonia, a French territory, received text messages directing them to go to refuge centres immediately, with waves of up to three metres possible, according to the warning centre.

According to Reuters, residents were told to move more than 300 metres from the shore, and if possible, to grounds 12 metres above sea level.

People in New Caledonia and nearby Vanuatu said they did not feel the quake, according to the AFP news agency, while tsunami warning sirens were not immediately activated in Vanuatu.

“Hazardous tsunami waves are forecast for some coasts,” the warning centre said, after earlier warning that the danger zone included “coasts located within 1,000km of the earthquake epicentre.”

A spokesperson for French mining and metals group Eramet, which runs the Doniambo nickel plant in the main harbour of Noumea, said the company had activated its tsunami alert process.

“The procedure is to ask people who work near the sea to move higher up.”

The spokesperson said he had felt the quake, describing it a strong but not long-lasting shaking.

Meanwhile, Dan McGarry, the media director at the Vanuatu Daily Post, said he heard only of three small wave surges hitting the southern island of Aneityum.

He said the waves travelled only a couple of meters beyond the normal tidal waves, and that everybody was fine on the island.

McGarry said he felt the quake where he is based in Vanuatu’s capital, Port Vila, as a mild shaking.

“We get a lot of earthquakes every year,” he said. “The tsunami warning was what was different this time, though.”

New Caledonia, a cluster of islands home to about 270,000 people, is a unique collectivity of France.

It sits on the Pacific “Ring of Fire”, the arc of seismic faults around the Pacific Ocean where most of the world’s earthquakes and volcanic activity occur.

Nearby Vanuatu is an independent state with over 270,000 population. It was previously occupied jointly by France and the United Kingdom.

The US Geological Survey initially gave the magnitude of the quake as 7.6, before revising it downwards slightly.

Willis is broker on Ethiopian Airlines-spokeswoman