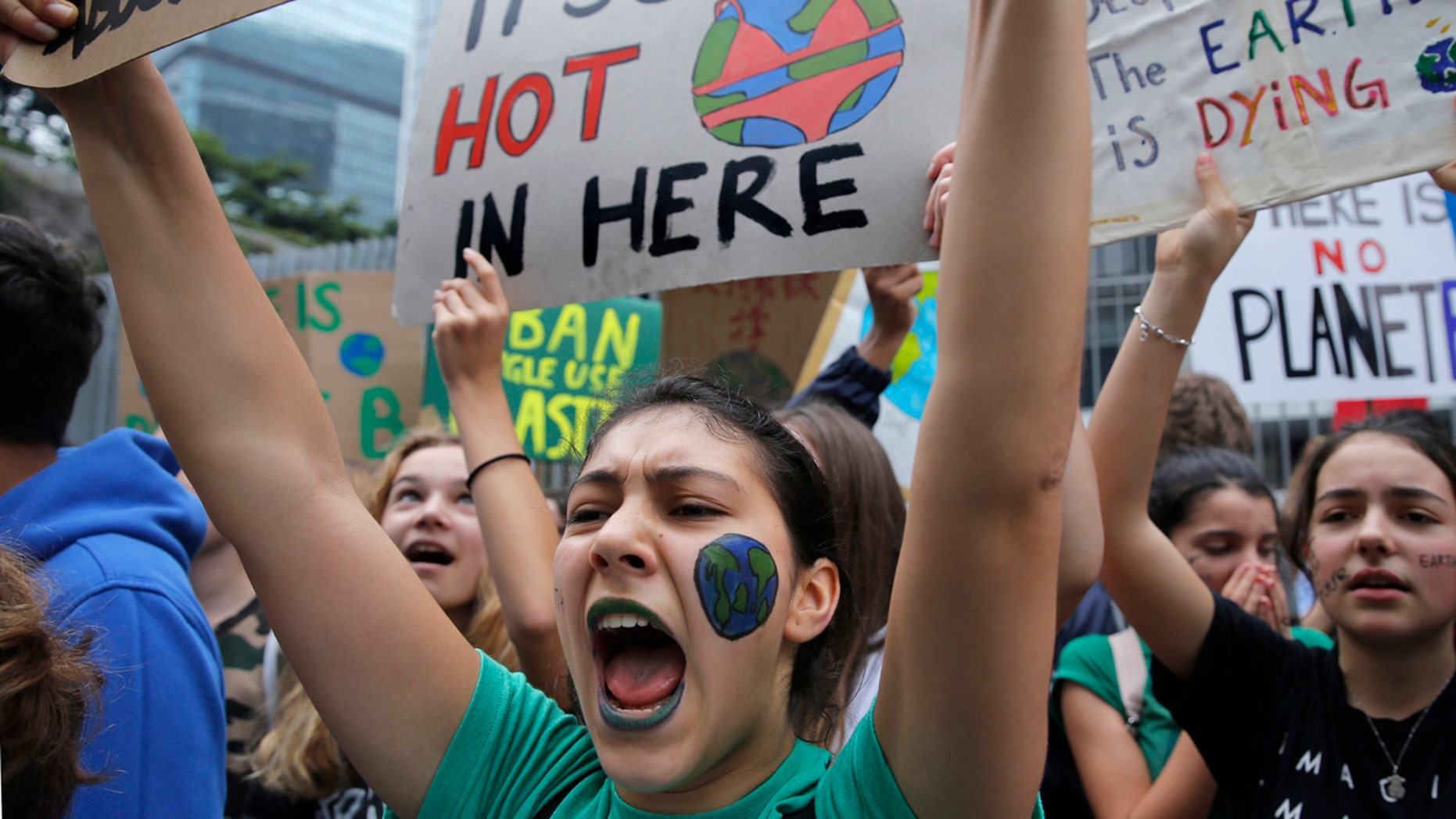 Students from around the world took to the streets and protested what they see as a lack of urgency on tackling climate change.

Thousands of students and adults from over 100 countries organized demonstrations through social media and via word of mouth. In all, 150,000 protesters mobilized across Europe.

Protests also took place in the U.S. although the turnout wasn’t nearly as robust.

Eight-year-old Havana Chapman-Edwards, who refers to herself as a “tiny diplomat,” spoke to a group of protesters at the U.S. Capitol. 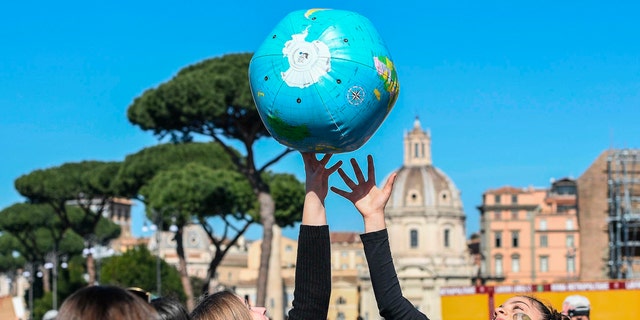 Students play with an inflatable globe as they march to demand action on climate change, in Rome, Friday. (Alessandro Di Meo/ANSA via AP)

“Borders, languages and religions do not separate us. … Today we are telling the truth and we do not take no for an answer,” Chapman-Edwards declared.

"It won't be successful until the world leaders take some action," Villasenor said.

Roughly 1,000 protesters gathered in San Francisco outside the offices of House Speaker Nancy Pelosi and Sen. Diane Feinstein in order to pressure Democrats to pass the Green New Deal. Another 1,000 gathered at the state capitol in St. Paul, Minn., where they chanted, “Stop denying the earth is dying.”