Home » World News » Summer hosepipe ban fears after one of driest Springs ever with less than 3.5in of rain since March – The Sun

FEARS of a Summer hosepipe ban are growing today after one of the driest Springs on record.

The Met Office said that less than 3.5in (86mm) of rain has fallen since the start of March. 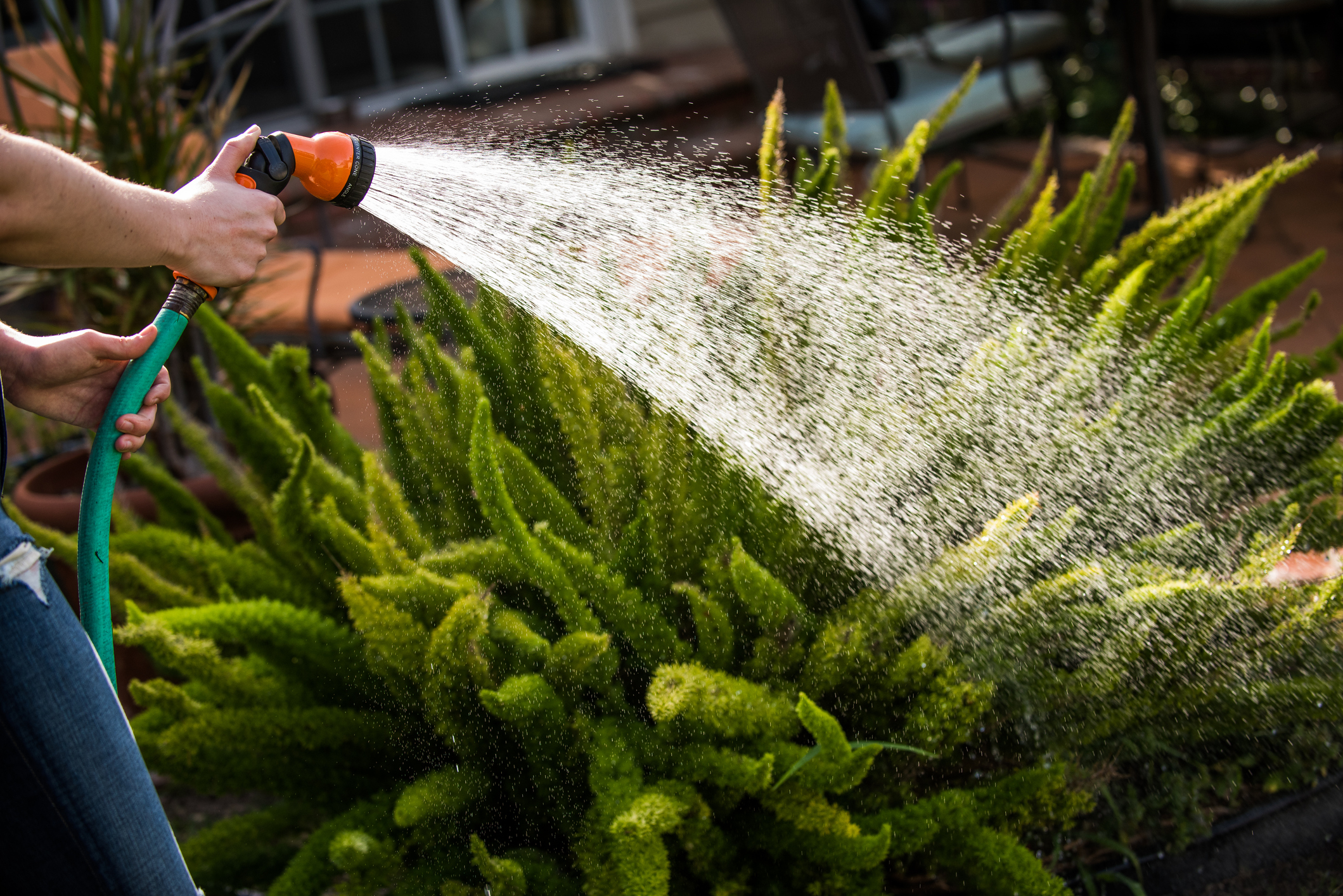 Reservoir levels have begun to drop dramatically as a result and the Met Office has warned England is on course for its driest May on record.

At the same time, domestic water usage has soared as millions stay at home during the coronavirus lockdown.

South East Water has already issued an alert to its 2.2million customers, urging them to cut down on water.

The water firm said: "We're seeing a huge demand on our network due to more of us being at home.

"Our key workers continue to work around the clock, but we're asking everyone to help us by taking simple steps.

CUT DOWN ON WATER USAGE

"They include not watering lawns, reusing paddling pool water and only using dishwashers and washing machines on full loads to help make sure there is enough water for everyone.

"We've been treating and pumping an additional 78 million litres of water a day through our network.

"But more water is being used on DIY projects and gardening which is contributing to the additional 14 per cent of water we're treating and pumping through our network.

"Garden sprinklers alone use as much water in an hour as a family of six uses in a day, which contributes to an increased demand of 70 per cent on hot days." 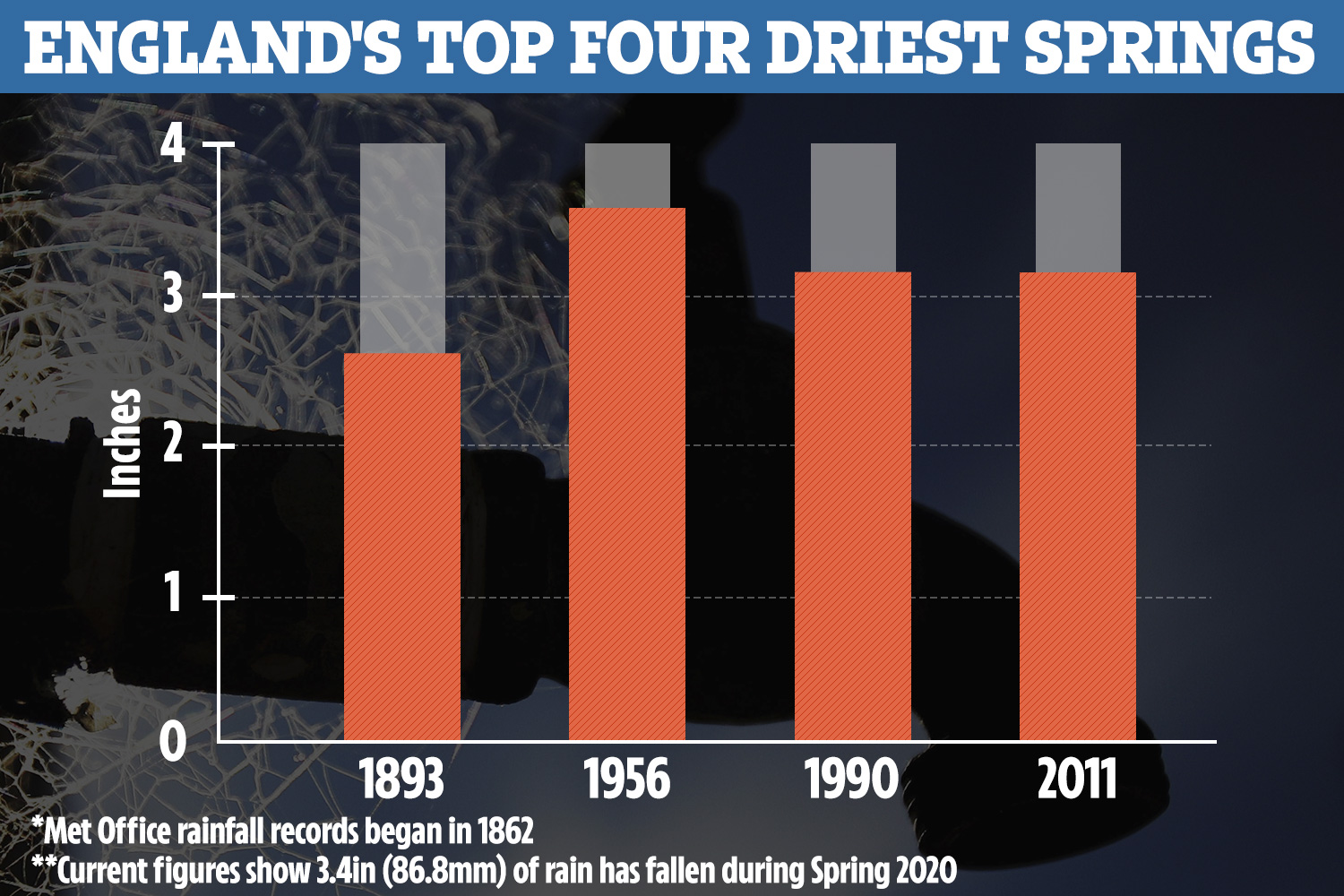 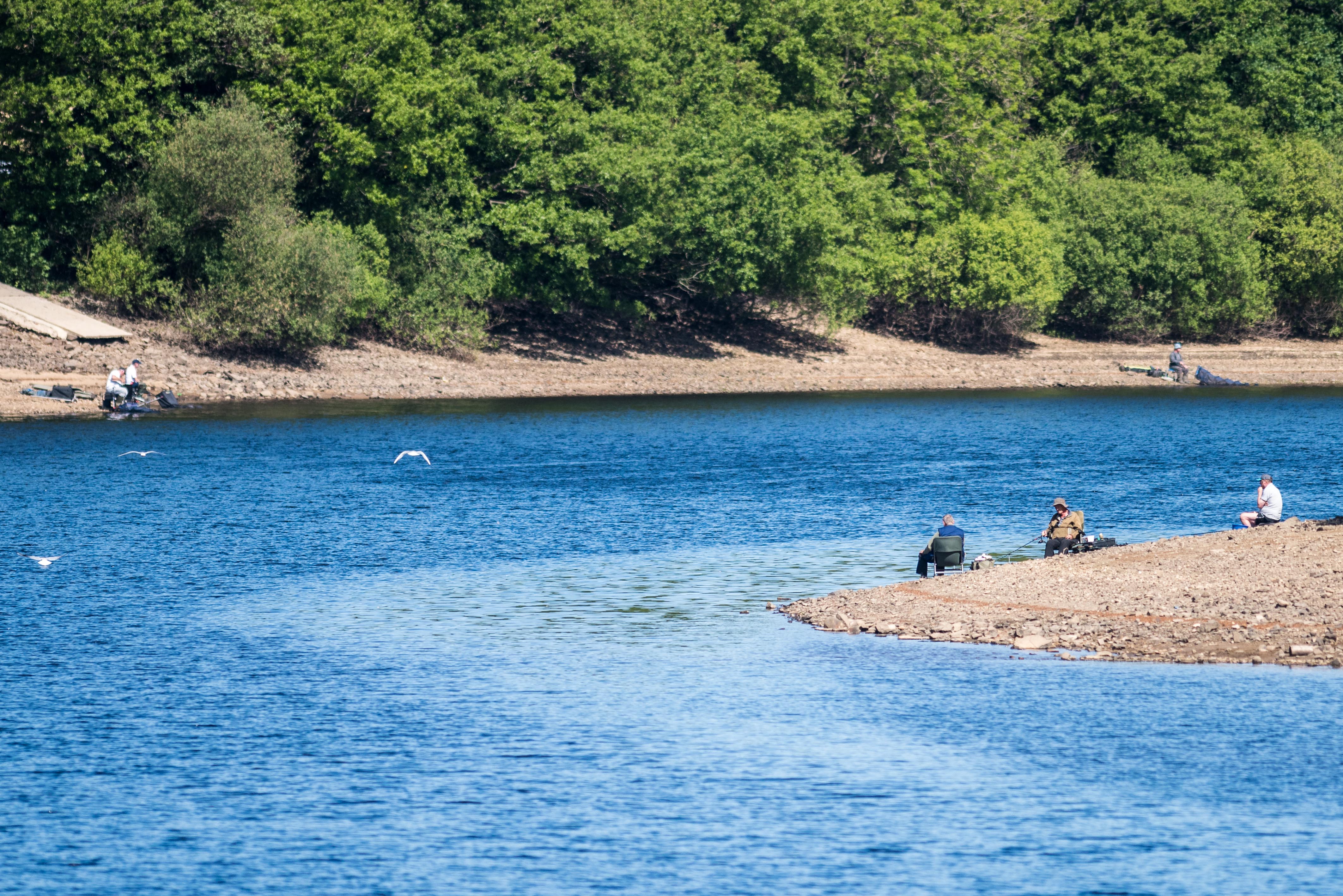 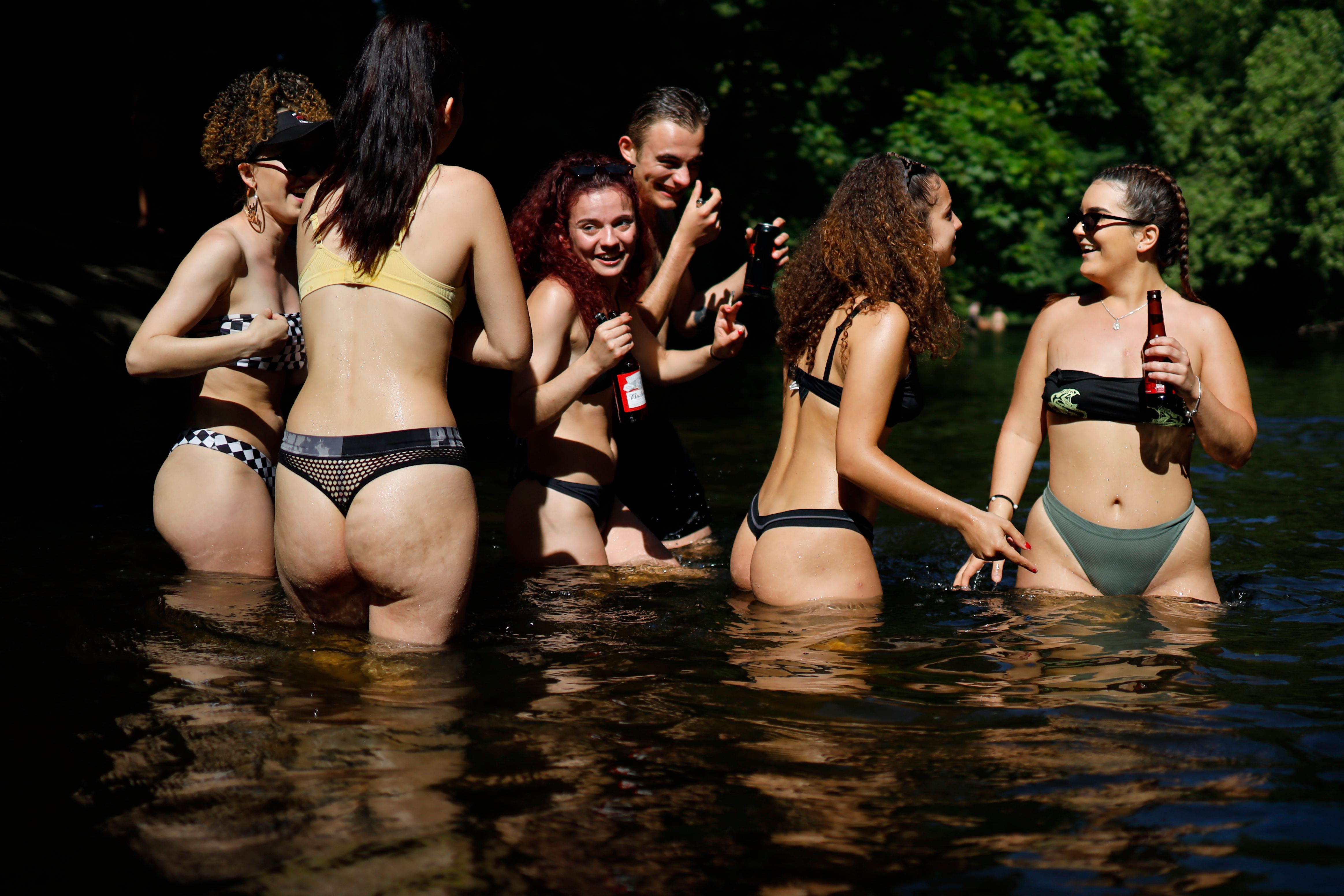 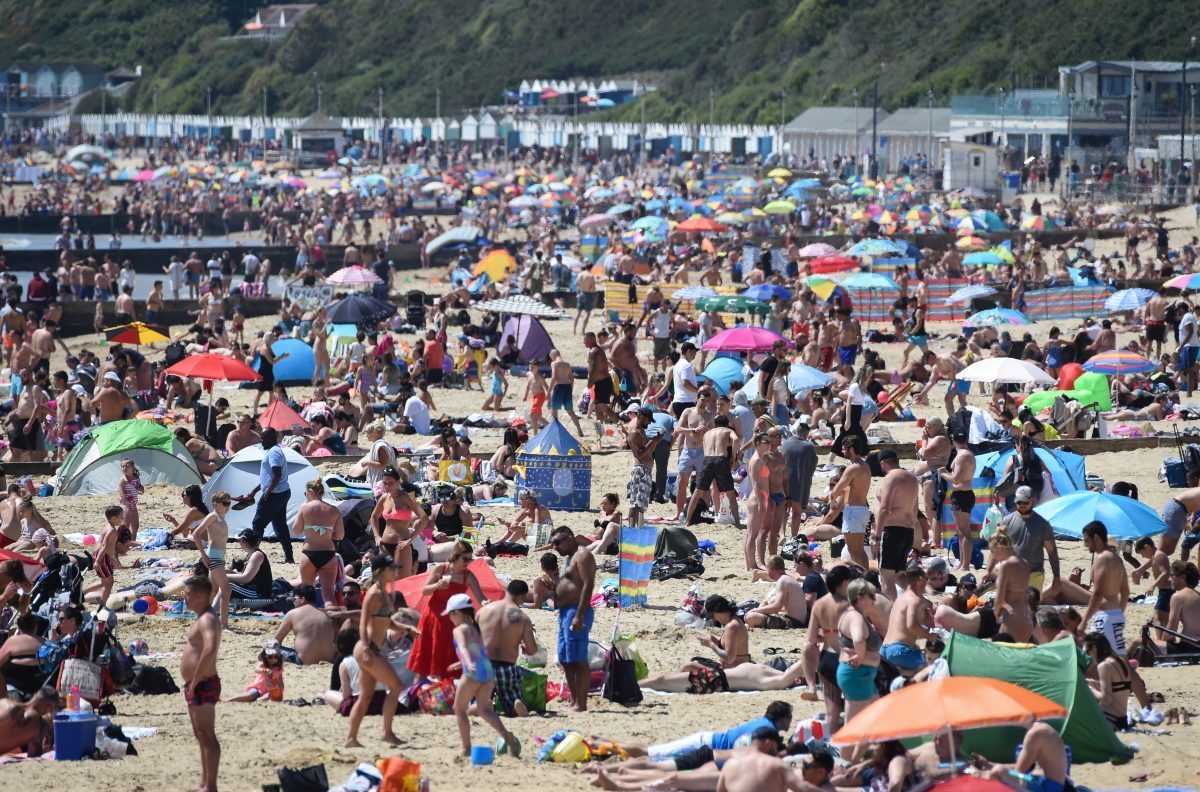 United Utilities, which serves seven million customers in the north west, said it was operating at "peak demand".

The firm, which was forced to apply for a hosepipe ban during the drought of 2018, said it was "carefully monitoring" the situation.

There were last widespread hosepipe bans in 2012, when many areas experienced drought conditions.

United and other water companies have already drawn up drought plans outlining the actions they will take should dry conditions continue.

The plans identify drought triggers and include rainfall levels and reservoir volume.

Households will first be asked to voluntarily cut down on their water usage in a bid to avert an out-right hosepipe ban.

For example, people will be asked to ditch baths for a four-minute shower.

If the crisis continues, firms can then apply for a drought permit or drought order through the Environment Agency to restrict water with a hosepipe ban.

There is little in the way of rain on the forecast for the next few days.

According to the Met Office, this Spring is almost certain to become the fourth driest since records began in 1862.

The east and north east region has been the driest of all with only 2.3in (59mm) of rain in the last three months.

The figure is just a third of its seasonal average.

Forecaster Nicola Maxey said the latest figures were collected on Bank Holiday Monday – with one more week of May still to go.

But, she added: "There is little in the way of rain on the forecast for the next few days.

"It's going to be sunny and warm and temperatures are going to continue rising into the weekend with 83F (28C) expected by Friday.

"On Sunday, the last day of the month, we could even see the hottest day of the year so far as temperatures creep up.

"Chances are we are going to see England record its driest May ever – and the fourth driest Spring on record."

Meanwhile, farmers say cereal crops across large swathes of the country are beginning to show signs of drought-stress.

Spring-sown crops are now in need of significant rainfall, they say.

Andrew Blenkiron, estate director of the Euston Estate near Thetford, Suffolk, said: "If this dry spell continues for a couple of weeks, our cereal yields will be quite dramatically affected." 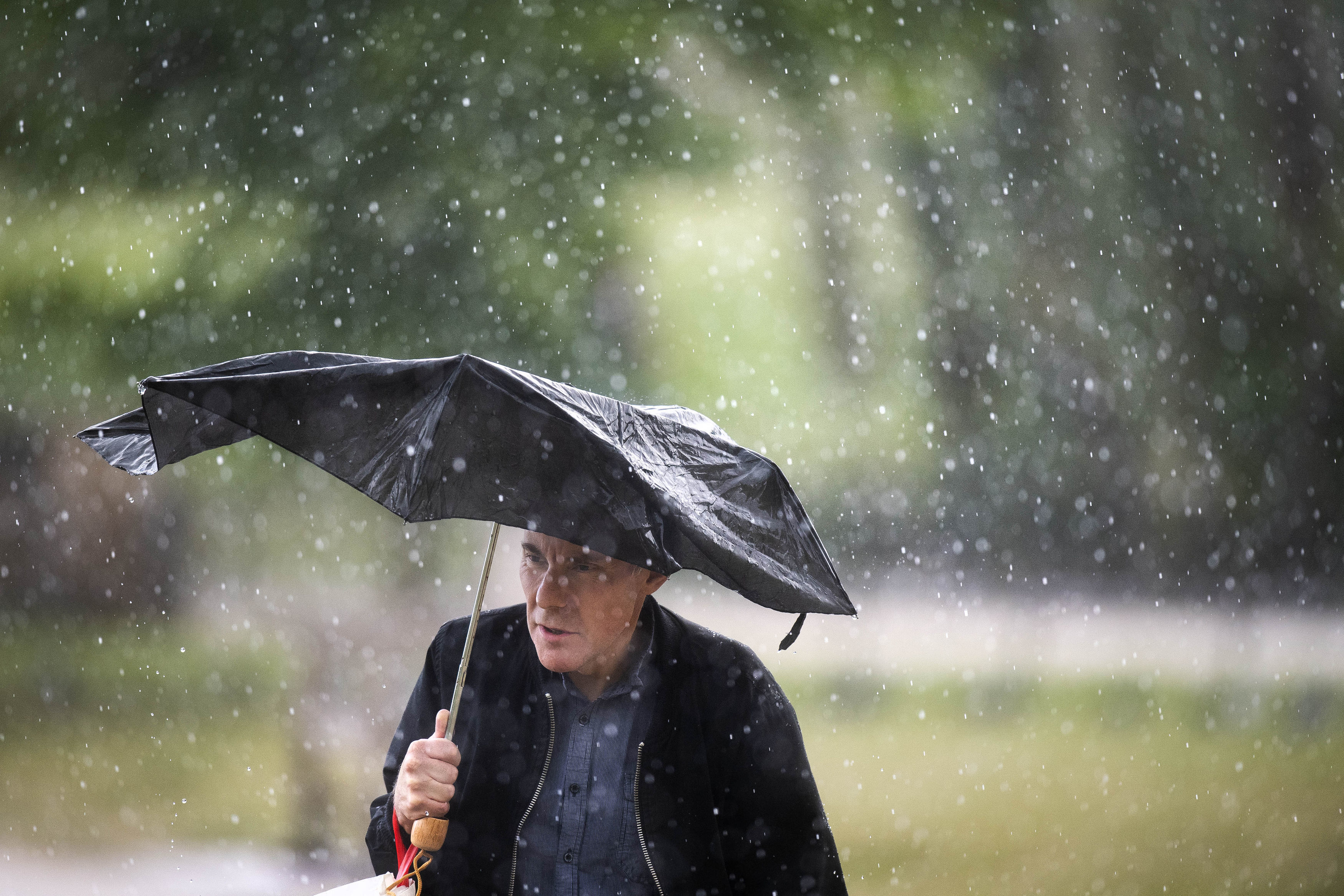 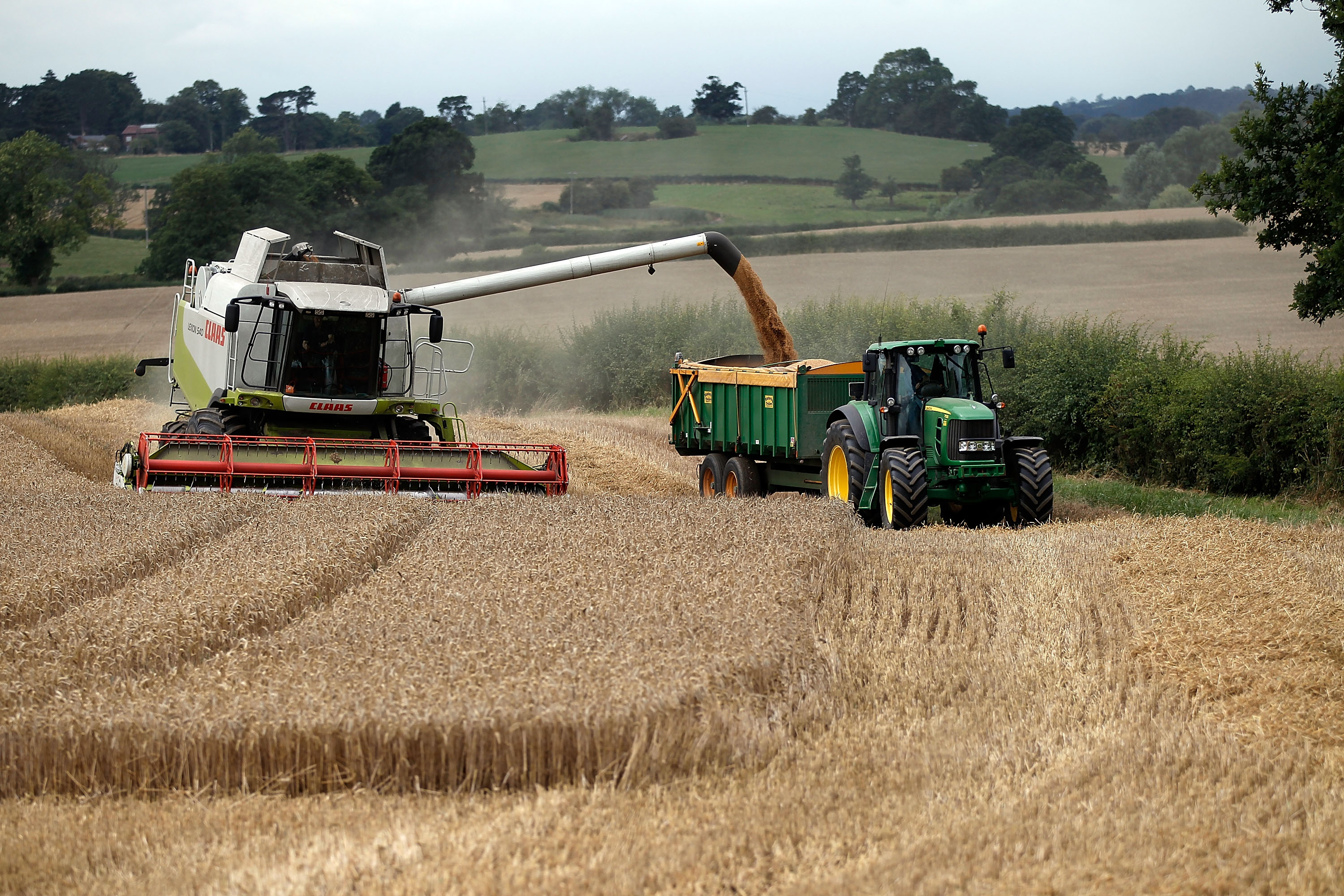 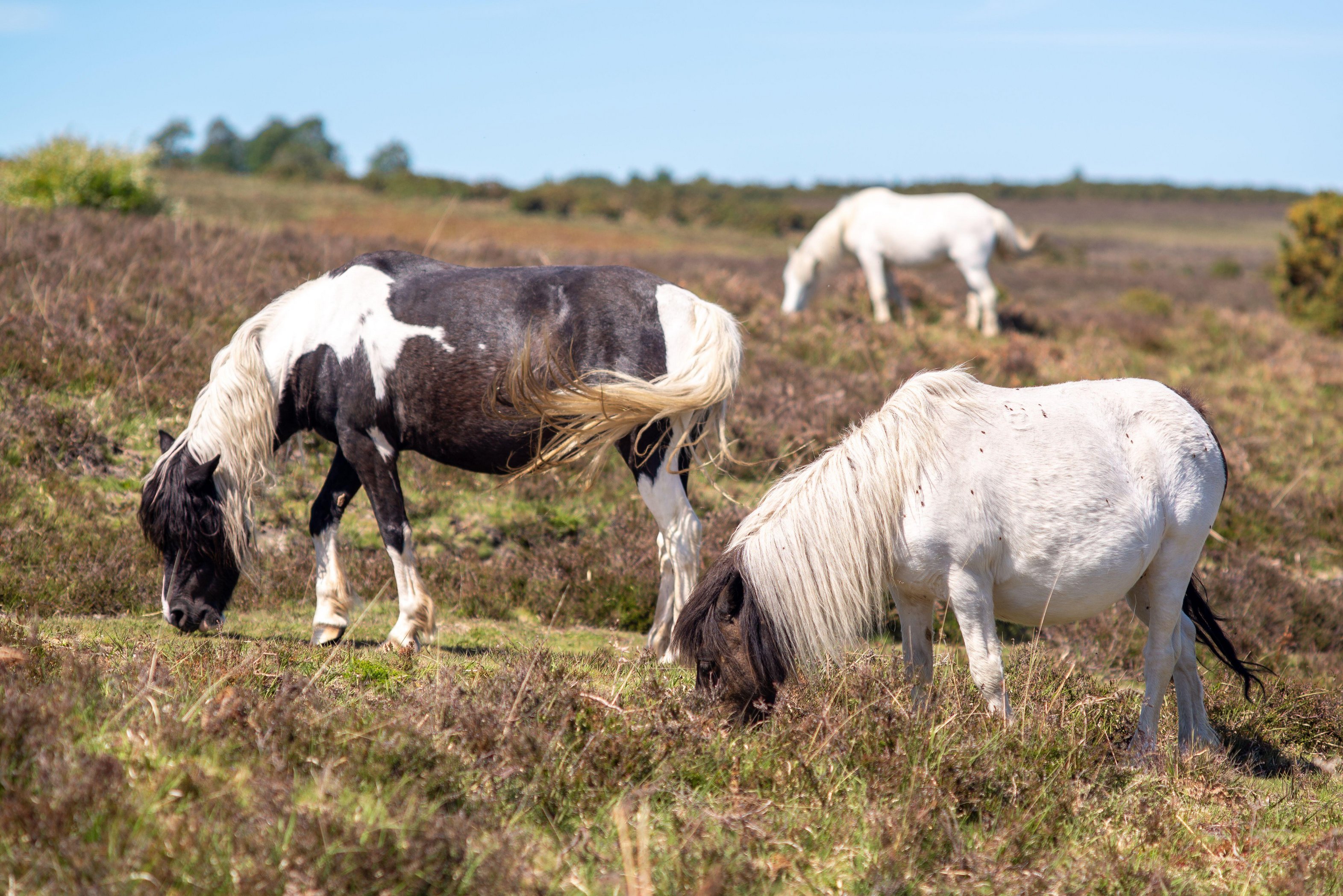