WASHINGTON – The Supreme Court will grapple with race, LGBTQ rights and election rules in a fraught new term that begins Monday, even as the justices and the nation continue to wrestle with the fallout from the decision in June to overturn Roe v. Wade.

With affirmative action on the docket, along with immigration and a case about whether businesses may deny services for same-sex weddings, the high court isn’t shying from opportunities to leave a mark once again on America’s economy, culture and politics.

But as the nine justices take their seats Monday, the consequences of the previous term remain at the forefront of public awareness. The decision to wipe away the constitutional right to abortion established by Roe in 1973 has upended the midterm elections, sparked a dizzying series of changes to state abortion laws and added to a sense that the court’s 6-3 conservative majority is just getting started.

“There’s no reason to think this coming term or any term in the foreseeable future will be any different,” said Irv Gornstein, a law professor and executive director of Georgetown University’s Supreme Court Institute. “On things that matter most, get ready for a lot of 6-3s.”

Many of the court’s biggest decisions in June – such as to expand access to guns and further blur the line separating church and state – cleaved the six Republican-nominated justices from the three-member liberal bloc, escalating a debate over the court’s fidelity to precedent and whether some of the vote splits have as much to do with the ideology of individual justices as with strict adherence to legal principles.

A few of the justices themselves weighed in on that debate over the summer. Chief Justice John Roberts defended the court, arguing that critics shouldn’t question its legitimacy just because they disagree with an opinion. Associate Justice Elena Kagan appeared to contradict that assessment, warning that the court risks weakening its stature if the public views its work as political. 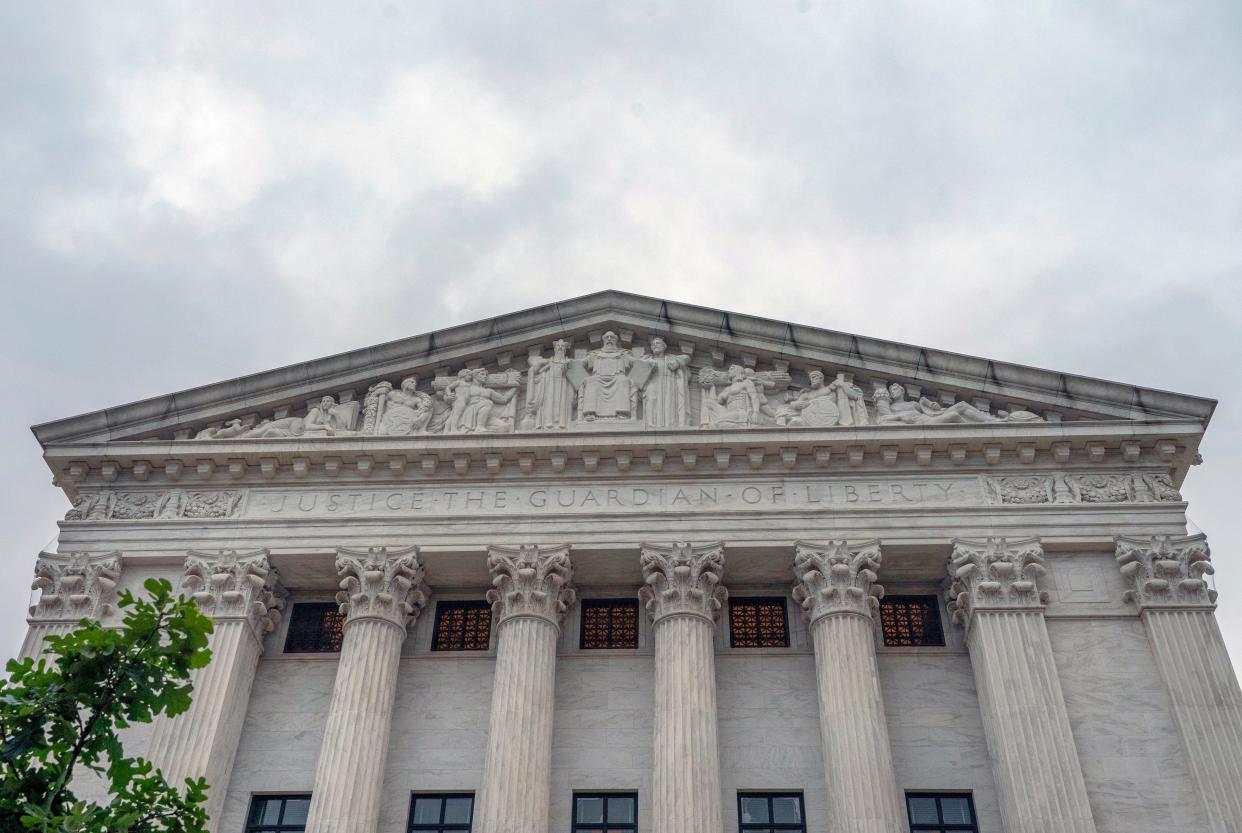 Though many of the court’s most controversial decisions last term were celebrated on the right, polls show public confidence took a hit. Four in ten Americans said they approved of the Supreme Court in a recent Marquette Law School poll. That was a 26-percentage point slide from two years ago.

Among the major cases this term: A free speech challenge to Colorado’s anti-discrimination law from a website developer who wants to deny her services for same-sex marriages because of her religious objections. President Joe Biden’s administration, meanwhile, is fending off a lawsuit from Texas and Louisiana over how much discretion the federal government has to prioritize certain immigrants for deportation.

‘The court should overrule it’

Just beyond the debate over the court’s legitimacy is a question about some of the justices’ commitment to precedent. Was the decision to overturn Roe a one-off, the result of the deeply personal and decades-long battle over Roe? Or was it the first step in a long march to overturn numerous cases and systematically reshape constitutional law along more conservative lines?

The Supreme Court rarely overturns its decisions. The principle of stare decisis – the adherence to prior rulings – gives stability to the law. But “rarely” doesn’t mean “never.”

“Litigants are much more aggressively inviting the court to reconsider and rewrite established precedent,” said David Cole, legal director at the American Civil Liberties Union, who regularly argues before the Supreme Court. “They see what the court did last term and they’re asking for more.”

Guns: Will the Supreme Court wade into bump stock debate?

Too late: Time is running out to block voting restrictions ahead of midterms

Among the precedents most at risk is a 2003 ruling, Grutter v. Bollinger, that allowed universities to consider the race of applicants as one factor in admissions. Many colleges consider race to achieve diversity. But an anti-affirmative action group sued Harvard College and the University of North Carolina, asserting that that consideration discriminates against Asian American and other students. 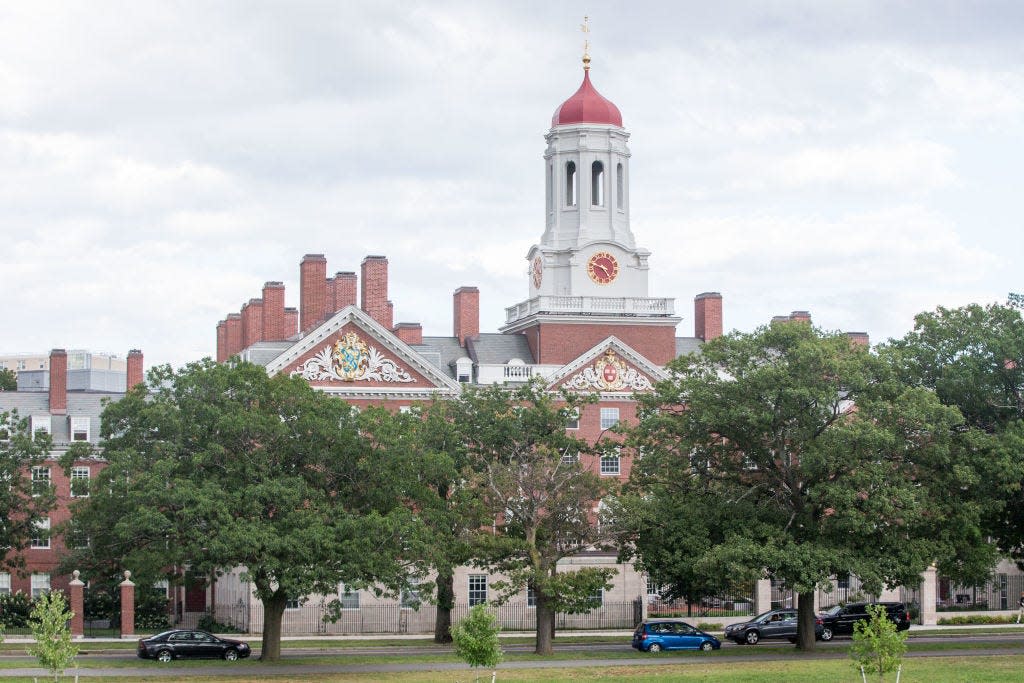 In its appeal to the Supreme Court, the group is asking for Grutter to be overruled, arguing the 5-4 decision was “wrong the day it was decided” and has “spawned significant negative consequences.” Harvard counters that Grutter was “resoundingly correct” and that admitting students “from all over the world who bring different backgrounds” is critical to its mission.

The affirmative action cases could have sweeping implications not only for college admissions but also for the private sector. Several of the nation’s best-known companies – including Apple, General Electric, Google and Starbucks – are backing the schools.

Precedent may also be in jeopardy in a major election case, Moore v. Harper. Republican lawmakers in North Carolina are asking the high court to rule that state legislatures have the power to change voting rules without oversight from state courts. The so-called independent state legislature theory is grounded in a clause in the Constitution that delegates responsibility for federal elections to state legislatures with oversight by Congress.

That theory, critics say, is tough to square with a 2015 decision in which a 5-4 majority of the Supreme Court upheld a commission that draws Arizona’s congressional districts – in other words, an entity that is not part of the state legislature. The North Carolina lawmakers say that a commission is different from a state court.

But if the Supreme Court ultimately decides the Arizona case is relevant, the lawmakers have a solution, which they raise in a footnote: “The court should overrule it.”

Abortion was the dominant theme in the term that ended in June. This time, it is race that ties together many of the most significant questions before the high court.

The 14th Amendment’s equal protection clause is central to the affirmative action litigation. It’s also key to another lawsuit dealing with elections.

In Merrill v. Milligan, scheduled for oral argument Tuesday, Alabama is defending a congressional redistricting map that includes one majority African American district out of seven, even though Black residents make up more than a quarter of the state’s population. A federal court in Birmingham in January said that the state appeared to have given Black voters “less opportunity than other Alabamians to elect candidates of their choice” and ruled that it likely violated the Voting Rights Act.

Explainer: How the Supreme Court is influencing the midterm elections

Barrett: How Justice Barrett is wielding influence on the Supreme Court

Alabama counters that its map is substantially similar to the one the state has used for years. To draw what plaintiffs want – a map that includes two African American majority districts – would require officials to elevate race above every other factor mapmakers are supposed to consider in the redistricting process, the state says.

The decision could significantly change how much weight states give to race as they decide how neighborhoods are divvied up into congressional districts. 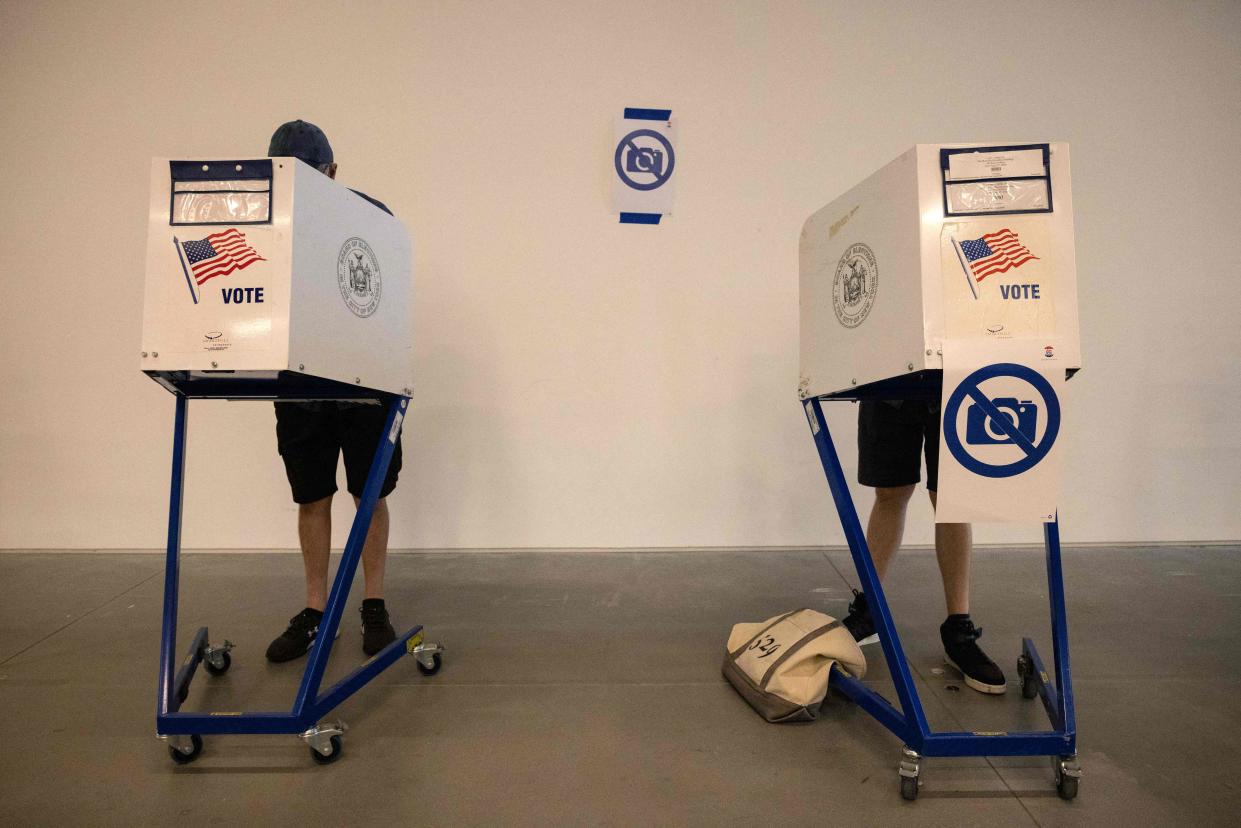 Non-Native families who sought to adopt Native American children say the law violates the Constitution because it gives a preference to one race over others. The Biden administration counters that the classification isn’t racial but rather is based on the fact that tribes are separate and sovereign.

“There are hundreds of adoptions that take place involving this law,” Lisa Blatt, a veteran Supreme Court litigator who argued a similar case before the court in 2013, said at a Georgetown Law School event. “It is of an enormous amount of importance to people who adopt children or want to give up their children for adoption.”

Jackson joined the court in June and has already taken part in a handful of emergency cases. But her first oral argument will coincide with the start of the term. And soon she’ll be writing opinions along with her colleagues. That will offer insight into a jurist who avoided hemming herself into any particular judicial philosophy during her confirmation hearings.

Because she was nominated by Biden and replaced retired Associate Justice Stephen Breyer, who was also nominated by a Democrat, her arrival isn’t expected to change outcomes in major cases.

But Jackson may exert influence in more subtle ways. She is one of only two justices, along with Sonia Sotomayor, with experience presiding over a trial court. As a former federal public defender and member of the U.S. Sentencing Commission, she also brings an unusual level of experience in federal criminal cases.

Diversity: With Jackson, Supreme Court is the most diverse in history

Bio: What to know about Justice Jackson, now seated on the Supreme Court 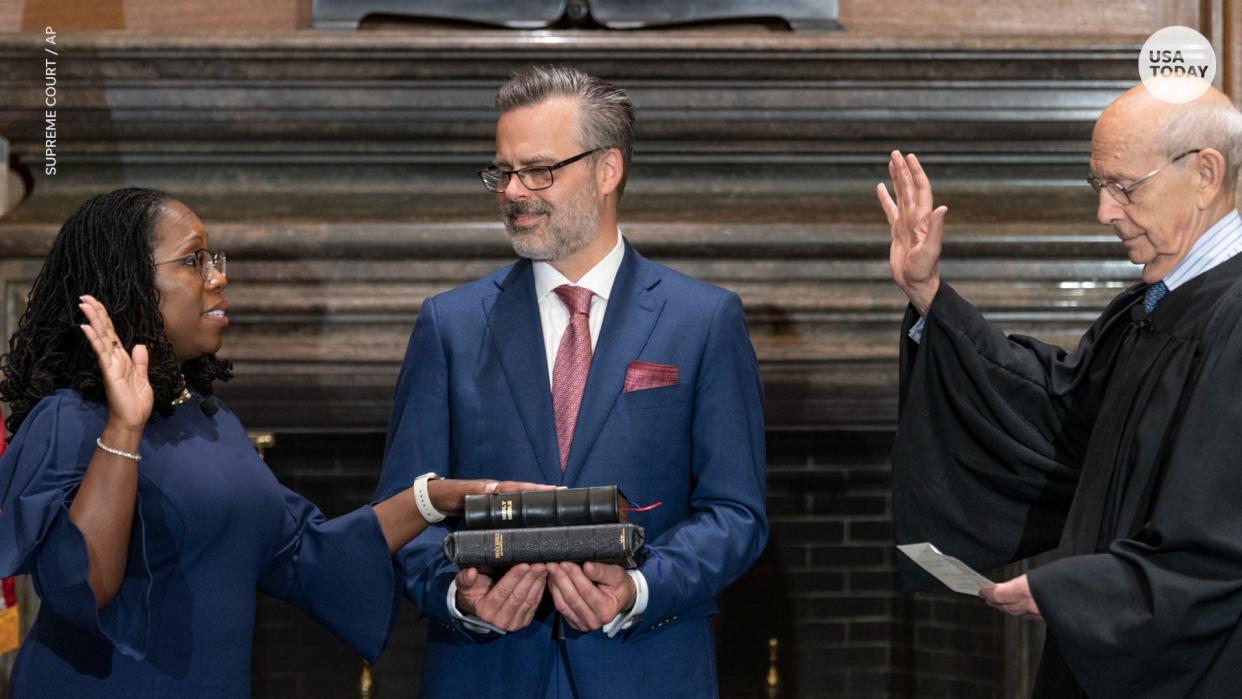 Jackson is the first Black woman to sit on the Supreme Court. When the justices take their seats Monday, it will mark the first time in history that four women serve together – including all three members of the court’s liberal wing. For the first time, women and people of color will also outnumber white men on the court.

“Too often with the court and in politics, people look for the immediate change, the immediate gratification. But the United States Supreme Court is a long-term proposition,” said Doug Jones, the former Alabama senator and Democrat who helped guide Jackson through her confirmation. “And she hopefully will be there for quite a long time. And her influence with the other justices, I think, will only grow.”

A former judge on the U.S. Court of Appeals for the District of Columbia Circuit, Jackson announced at her confirmation hearings that she would recuse herself from the Harvard affirmative action case because she had served on the university’s board of overseers. But she will take part in the similar questions raised in the University of North Carolina suit.

“It’s important to hear from the first Black female justice on the Supreme Court of the United States how she feels about race consciousness in American life,” Devon Westhill, president of the conservative Center for Equal Opportunity, said at a Federalist Society event last week.