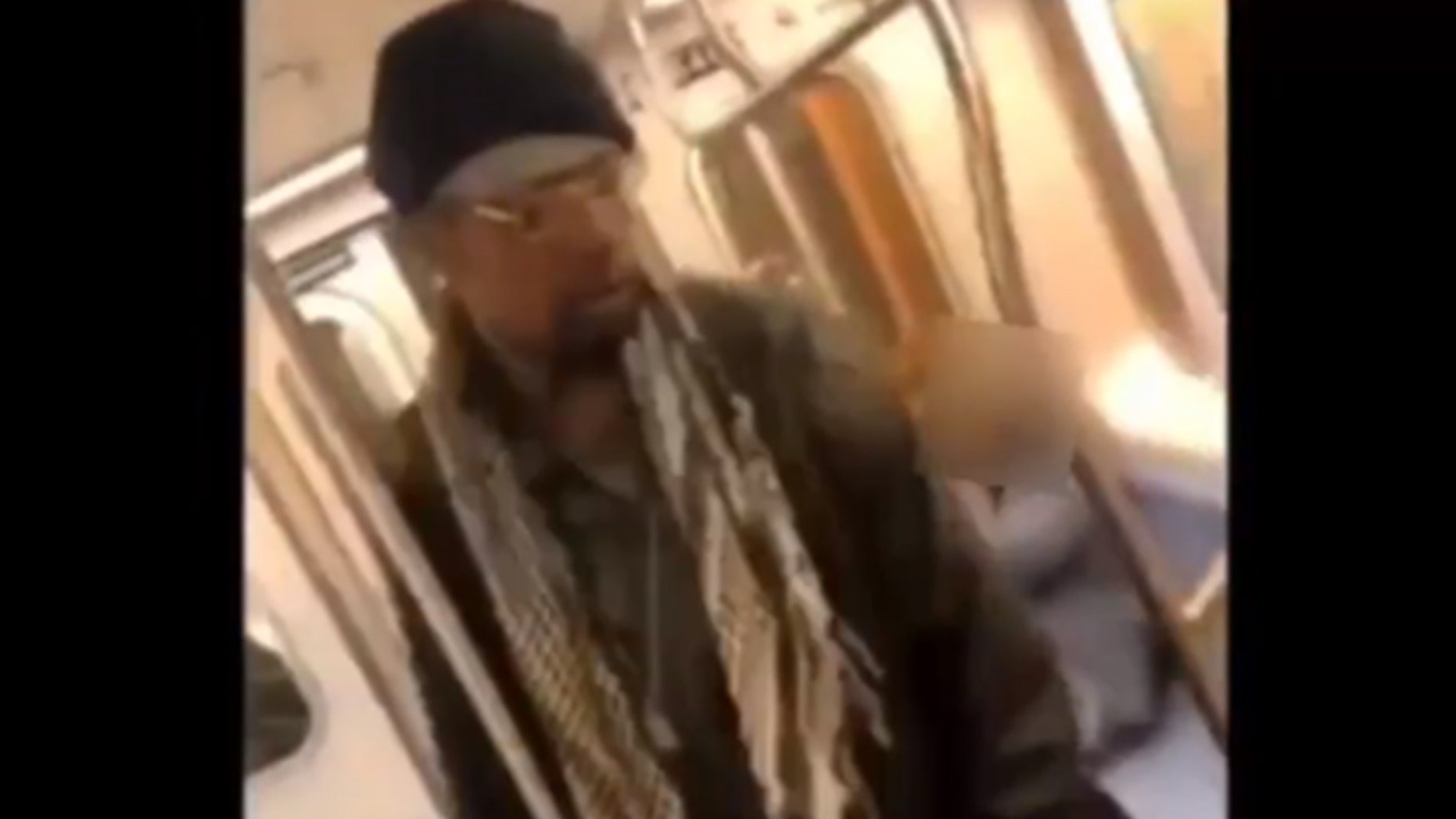 Marc Gomez was arrested on suspicion of carrying out an attack on a homeless woman that was caught on film. (NYPD)

A New York City man suspected of carrying out a vicious attack on a homeless woman riding a subway train has been arrested after video of the incident drew outrage.

Marc Gomez, 36, faces assault and harassment charges, according to reports.

Authorities say Gomez repeatedly punched and kicked a 78-year-old woman sitting alone on a train in the early morning hours of March 10 in the Bronx. The woman can be seen in the video holding her arm up to block punches and kicks directed at her.

Gomez reportedly left the subway car while passengers continued to film him.

A bystander flagged down a New York City police officer at the next stop. The woman was treated for bleeding and swelling but refused further medical attention. It was not clear what provoked the attack.

A video of the incident attracted more than 12 million views online as of late Saturday. The footage drew outrage, directed not just at the attack but at the witnesses filming on their cell phones who stood by and shouted instead of intervening.