BEIRUT (Reuters) – Eight years since Syria began its descent into war, many of President Bashar al-Assad’s enemies have been defeated and the bulk of the country is back under his control. But he isn’t celebrating. 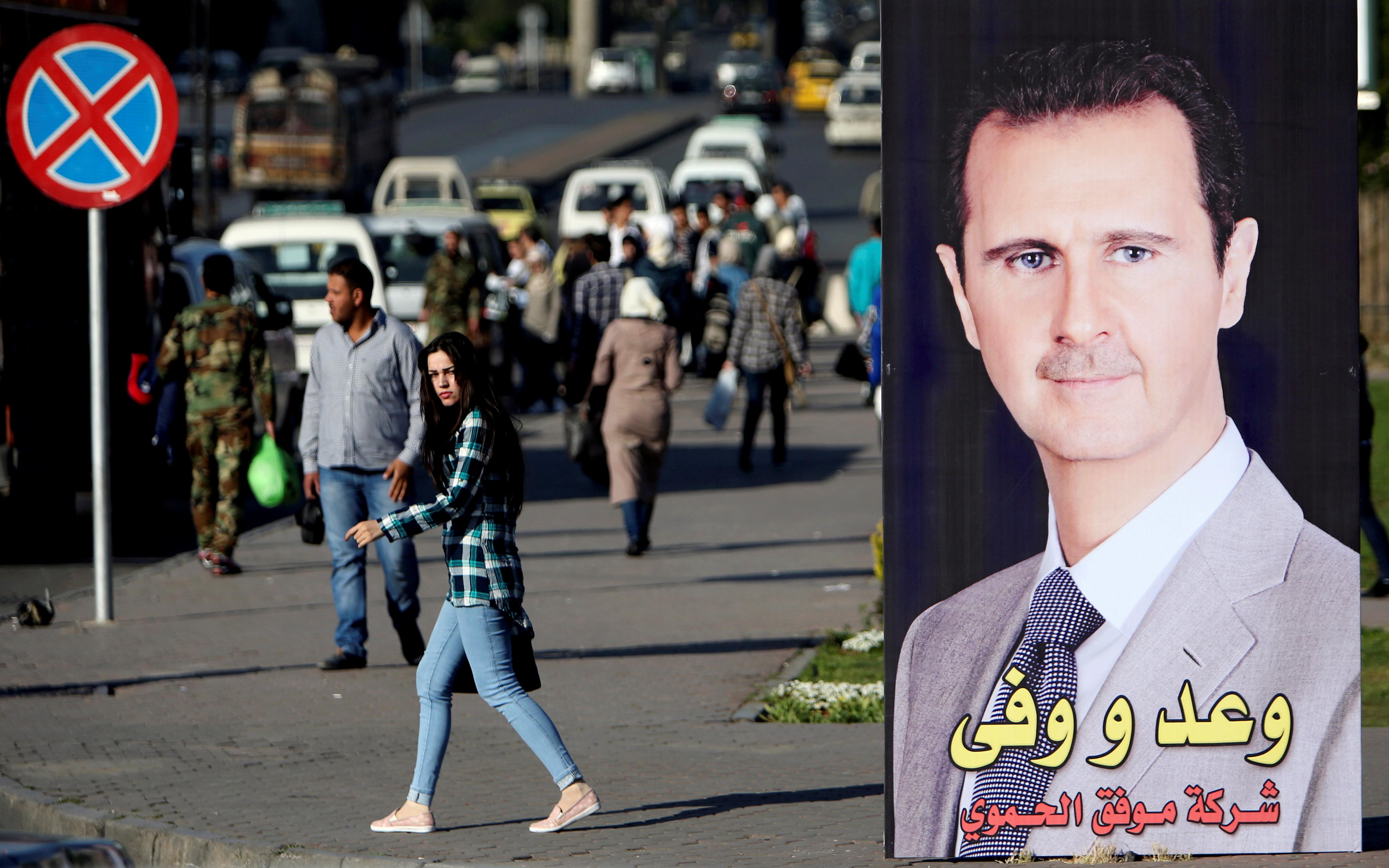 “We must not wrongly think, as happened in the last year, that the war is over. I say this not just to citizens but also to officials,” Assad told supporters in a speech last month.

“We have this romantic view sometimes that we are victorious. No. The war is not over.”

He said there was more fighting to be done before turning to his main point, the “siege” imposed by foreign states.

“The siege is a battle in itself,” he told a packed conference room in the capital, Damascus. “It is intensifying compared to previous years.”

The comments reflect an uncomfortable winter in Damascus, the eighth since the conflict began after protests on March 15, 2011. It is nearly a year since any mortar bomb hit the city but Syrians in government-held areas have been complaining of severe fuel shortages blamed by Damascus on Western sanctions.

Queues for state-subsidized bottles of cooking gas have pointed to wider economic difficulties the Syrian government faces despite military victories won with help from Iran and Russia.

While these allies have supplied critical firepower, they have offered little in the way of aid to rebuild cities devastated by a war that has killed hundreds of thousands of people and driven half of Syrians from their homes.

The West will not help before a political settlement. But Assad is in no mood to make concessions, having beaten his enemies back to a corner of the northwest which is now in the sights of government forces.

Assad took back large areas in 2018 including eastern Ghouta near Damascus in Russian-backed advances.

But there have been no significant gains since the recovery of Quneitra at the boundary with the Israeli-occupied Golan Heights in July. The presence of hostile foreign powers on Syrian soil – Turkey in the northwest and the United States in the northeast and east – has obstructed further advances.

President Donald Trump’s decision in December to withdraw all U.S. forces raised the possibility of Damascus recovering the Kurdish-led region where those forces are deployed. But this prospect has faded with some U.S. troops now set to stay.

And though it looked like some of his Arab foes were ready to break the diplomatic ice with Assad a few months ago, U.S. pressure has put the brakes on further rapprochement. Momentum to get Syria back into the Arab League has ebbed.

“I agree with Assad – the war is not over. The regime is not in any imminent danger of falling but the challenges are immense, politically, economically,” said David Lesch, an expert on Syria and author of “Syria: The Fall of the House of Assad”.

On its current course, he sees Syria becoming more like the crisis-hit African country of Sudan where the state exercises limited control and autonomous regions are beyond its grip.

“The question is does Bashar al-Assad — and the people around him — realize this is their future?” he said.

In his speech, Assad said Syria faced four wars: the military conflict, economic “siege”, a struggle against corruption and what he described as a battle on social media where he said Syria’s enemies were waging a propaganda campaign.

Addressing shortages of gas and other supplies, he acknowledged “the choking crisis” of late and likened economic sanctions to a war in which battles were lost and won.

“Mostly we succeed, but sometimes we stumble because there are new methods by the hostile states,” he said.

The United States says its sanctions aim to isolate Syria’s leadership and its supporters from the global financial and trade systems in response to atrocities, including use of chemical weapons. The government denies using such weapons.

The United Nations’ Commission of Inquiry on Syria said this week government forces had perpetrated 32 of 37 chemical attacks it had reported during the war, including the use of chlorine and sarin.

In November, Washington warned of significant risks for parties involved in petroleum shipments to Syria and published a list of vessels that had delivered oil to the country since 2016. It warned against “deceptive shipping practices”.

U.S. sanctions are set to be tightened further with the passage of new legislation called the Caesar Act.

It is named after a Syrian defector who smuggled out tens of thousands of photos taken between May 2011 and August 2013 which, according to New York-based Human Rights Watch, show at least 6,786 separate individuals who died in government custody.

“THERE IS NO MONEY”

Assad has previously dismissed the photos as “allegations without evidence”, and as part of a Qatar-funded plot against his government.

The European Union also has widened its Syria-targeted sanctions, adding 11 businessmen and five companies involved in luxury real estate development and other government-backed projects in January.

The Syrian government is no stranger to pariah status: Damascus has been proscribed as a state sponsor of terrorism by the United States since 1979. Iran’s deepening role in Syria complicates any prospect of Washington normalizing ties.

For the United Arab Emirates, a U.S.-allied Arab state that once backed rebels, countering Iranian influence was reason enough to reopen its Damascus embassy in December – a huge political boost to Assad.

But others, notably Saudi Arabia and Qatar, share U.S. opposition to such moves.

“Ultimately, Damascus thinks it won the war after the fall of Eastern Ghouta, so after the military victory they need a political victory, which would include foreign recognition,” a diplomat who follows Syria said.

“But Saudi Arabia definitely will not open its embassy, Qatar will not, major Western powers won’t,” the diplomat said.

“The big challenge is the economy. They have to say ‘We’re on our way to reconstruction’, but there is no money coming in.”

The U.N. was seeking aid for war victims in Syria and refugees in the region at an annual donor conference which it was hosting with the European Union in Brussels on Thursday.

But the United States and the EU say they cannot provide assistance for reconstruction unless there is a political transition in Syria. The Russian military has provided some help with reconstruction projects but lobbying by Moscow has failed to persuade the international community to pay for long-term reconstruction.

Oman: Traditional dhow boats under threat in the Gulf