THE Taliban has allegedly demanded Afghans marry off their daughters aged over 15 and widows under 45 to the soldiers in the terror group.

A statement purporting to come from the Taliban has reportedly ordered local leaders in Afghanistan to present a list of girls and women who fall under these categories under alleged plans to force them to wed Jihadist militants as sex slaves. 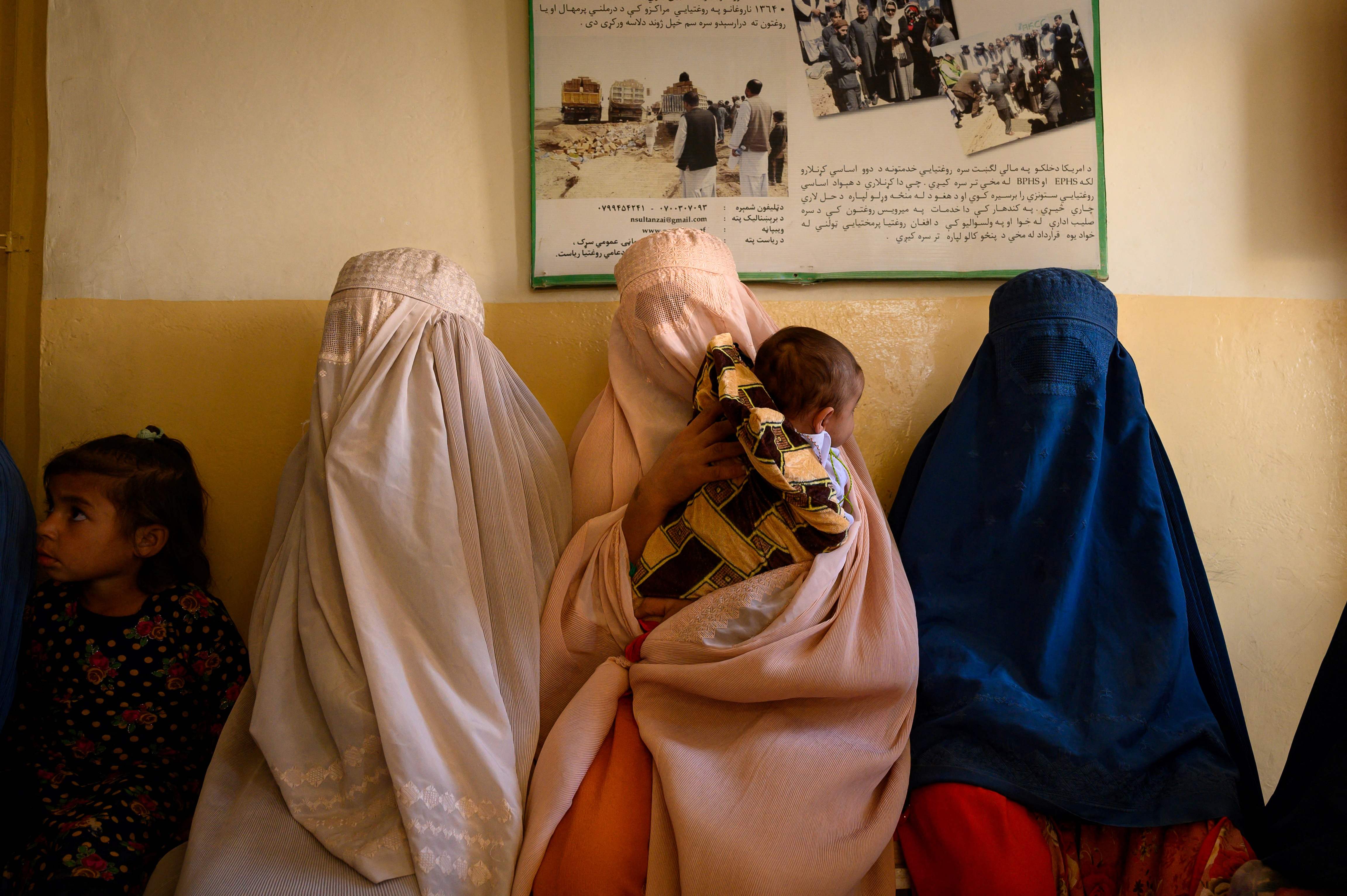 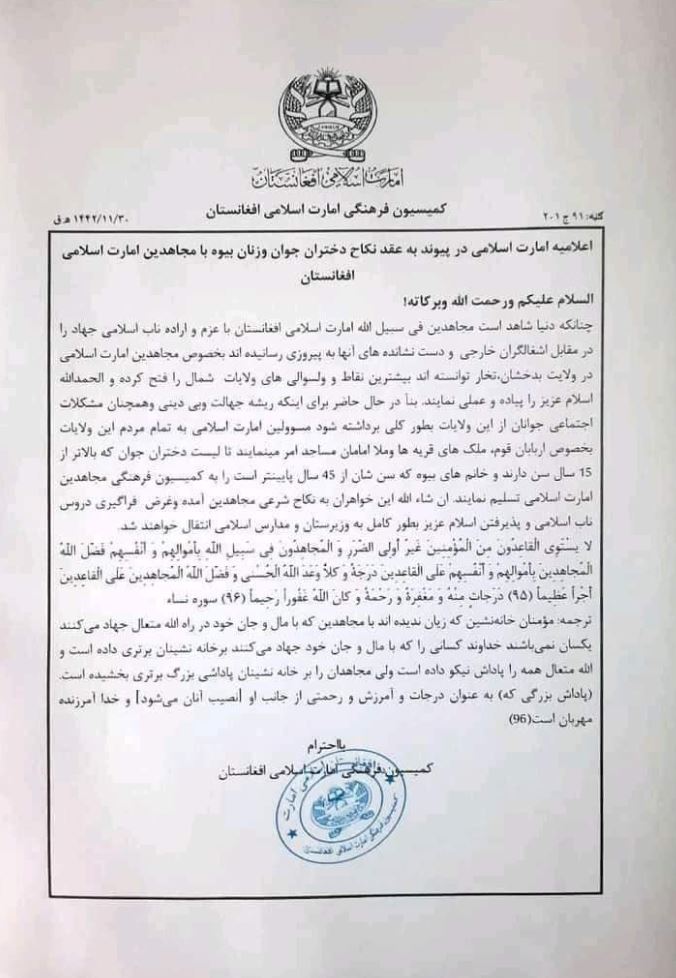 According to reports, the Taliban has promised for them to be married to fighters and transported to Vaziristan, Pakistan, where they will be converted to Islam and reintegrated.

"All imams and mullahs in captured areas should provide the Taliban with a list of girls above 15 and widows under 45 to be married to Taliban fighters," the letter reportedly reads, issued in the name of the Taliban's Cultural Commission.

It comes as the Taliban continues with its major offensive, seizing swathes of territory, forcing thousands of soldiers to flee or surrender and capturing an arsenal of US heavy weapons.

They have been allowed to run rampant as the US, the UK and other nations withdraw the last remaining troops after almost 20 years of war.

Terrified women dreading their future are fleeing the war-torn country as Islamic militants fight to gain full control – having already seized 85 per cent of Afghanistan.

As the terror group shows no sign of slowing down their blitz offensive and continues to take control of towns and cities across the country, harsh rules are being implemented on those living in captured territories.

New orders are being forced upon Afghanistanis, with smoking and beard-shaving banned in areas – and women banned from going out alone.

The Taliban warned that anyone caught defying rules will be "seriously dealt with".

Afghan fathers had already expressed fears Taliban thugs will take away their daughters and force them to be slaves.

Haji Rozi Baig, an Afghan elder, said the Taliban takeover of the Khwaja Bahauddin district of Takhar – the former headquarters of the Northern Alliance that fell to extremists in June – has sparked fears militants will forcefully marry their daughters.

"Under government control, we were happy and at least enjoyed some freedom,” Baig said, reports the Financial Times.

"Since the Taliban took over, we feel depressed. At home, we can’t speak loudly, can’t listen to music and can’t send women to the Friday market.

"They are asking about family members. The [Taliban] sub-commander said you should not keep girls over the age of 18; it’s sinful, they must get married.

"I’m sure the next day they will come and take my 23 and 24-year-old daughters and marry them by force."

Women will even require permits to leave their homes if the Islamist group re-takes control and enforce Sharia law.

It will be compulsory to wear a hijab – but women will be allowed to attend school if their teacher is female.

Meanwhile, the Taliban revealed on Wednesday it had seized the strategic border crossing of Spin Boldak along the frontier with Pakistan.

The interior ministry insisted the attack had been stopped and the government forced had control – but a Pakistan security source said the Taliban's white flag were flying over the town.

The interior ministry insisted the attack had been repelled and government forces had control, but a Pakistan security source said the Taliban's white flag was flying over the town.

"The security forces have repelled the attack."