A TATTOO artist has had his nose CUT OFF and horns added to his head to make himself look like Marvel's Red Skull. 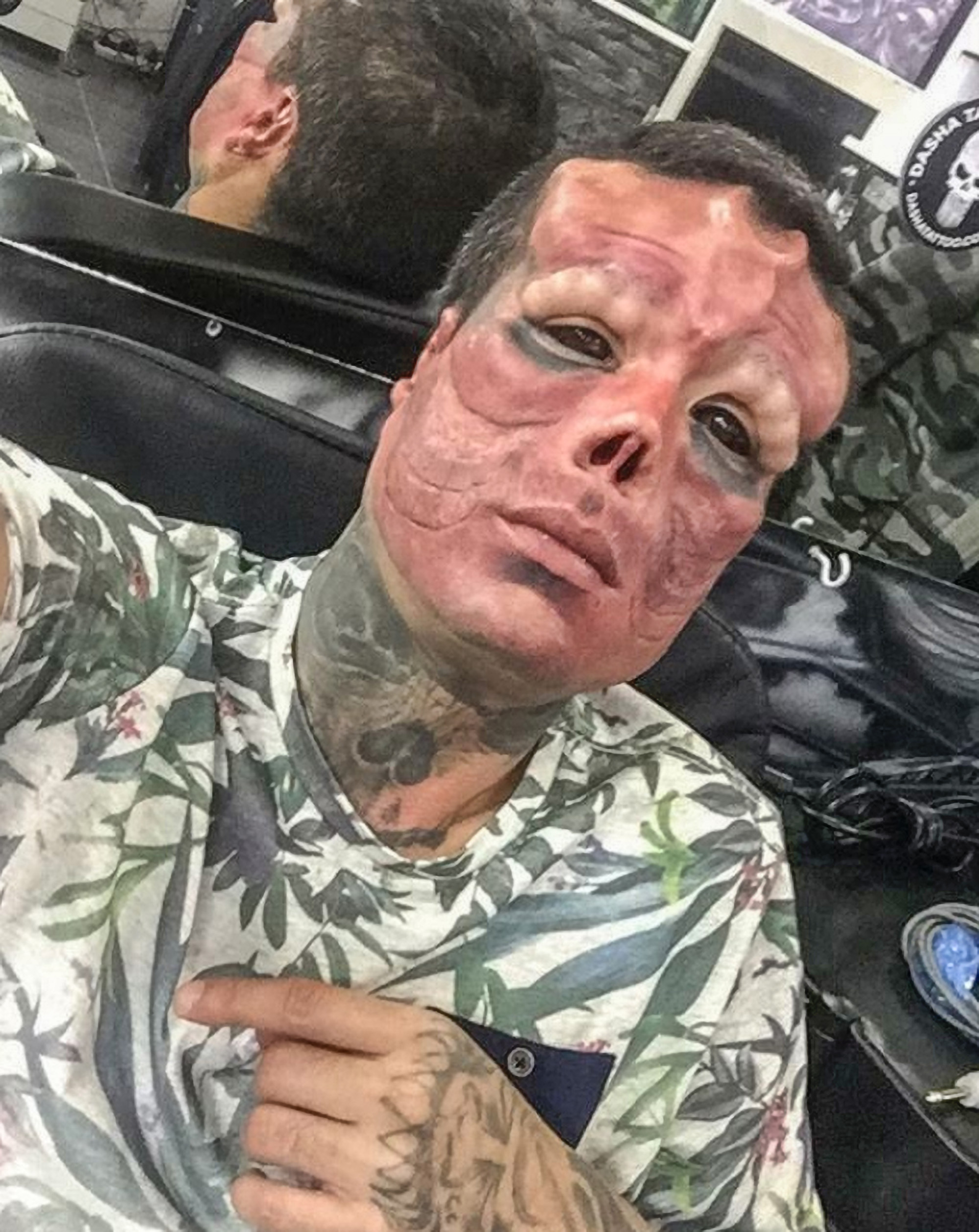 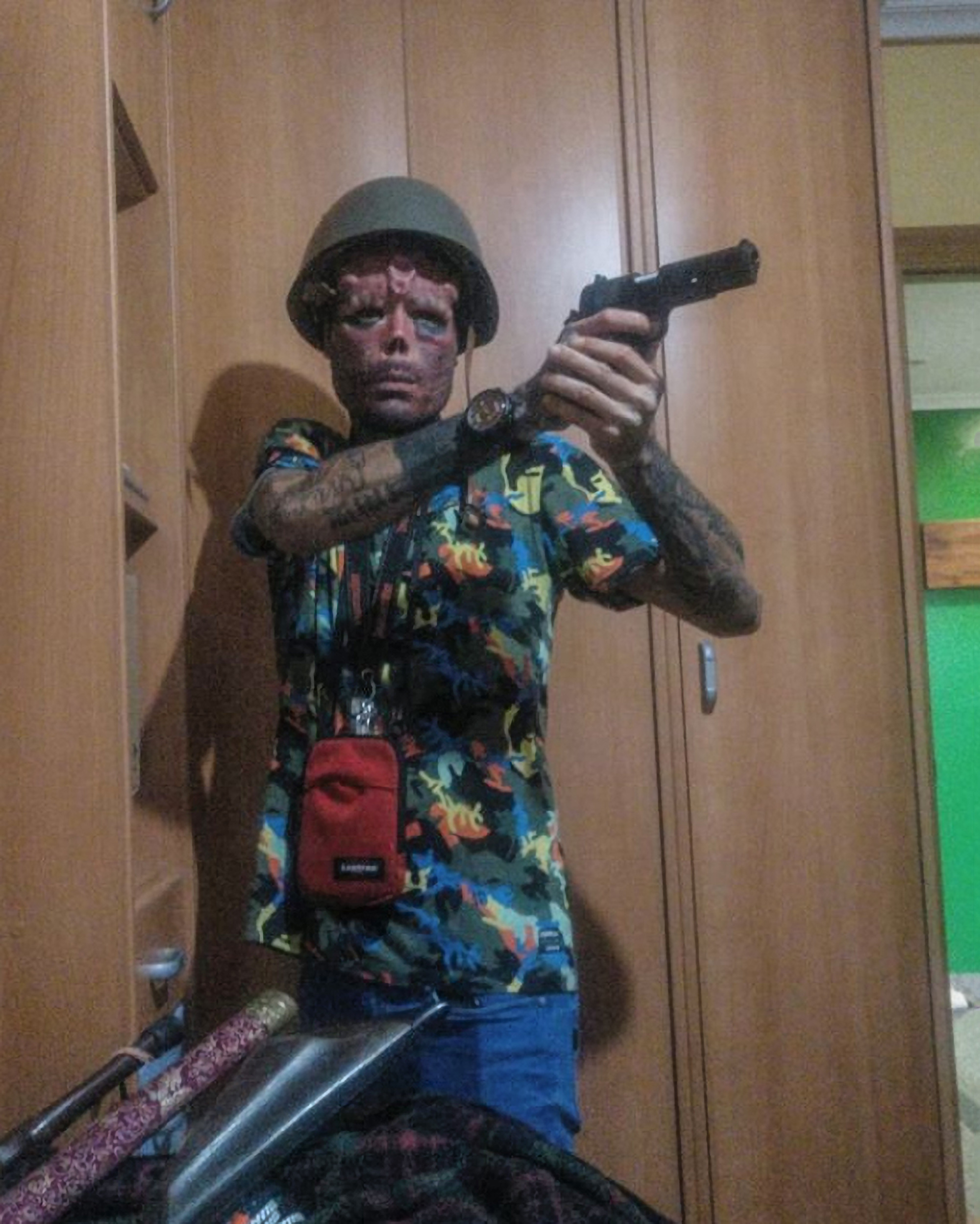 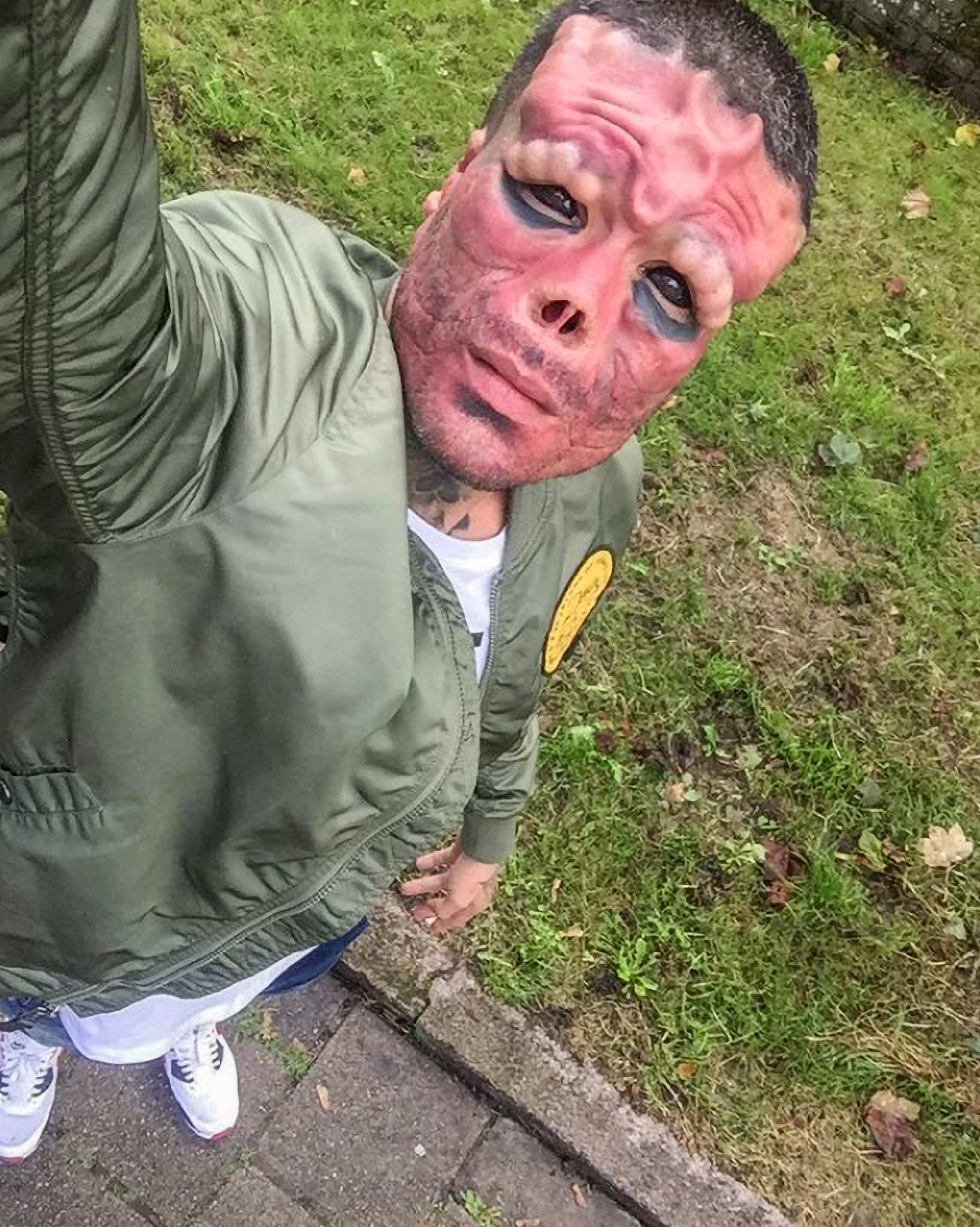 Rodriguez has no regrets about his augmentations- as long as his seven-year-old son keeps calling him "super daddy".

The 34-year-old decided to completely change his life in 2012 by changing his looks to emulate the first Captain America super villain.

He said that he consulted a specialist doctor to work out what body modifications he would need back in 2011.

He added: “We wanted to do something unique. The first big idea was a skull and when my doctor showed me the drafts I just saw Red Skull all over it.

“It was a life project that we were considering and planning for many years,” he said, adding that there were multiple stages needed to get his desired look.

The first step was to get his eyeballs blackened – and since then Rodriguez has undergone 15 surgeries that have cost him around £27,255.

His surgeries include the amputation of his nose and earlobes, and silicone implants in his forehead, cheeks and eyebrows.

He also added a few different body transformations to move away from the classic Red Skull image and give his new persona a little more individuality.

He admits that all the surgeries were painful, but said that the pain is part of chasing his dream.

“It is a passion. It is like running – without pain there is no gain. It is part of the attraction”.

Rodriguez underwent his transformations without the knowledge of his family back in Venezuela.

About a year ago he decided to leave Venezuela to move to Ourense, in the northwestern Spanish region of Galicia to work in a tattoo shop called Bonshyo.

He said: “I never warned my family in advance about my modifications. Every time they saw me they were surprised about all the new things on me.”

“At first the social and visual impact was shocking to them”, he said but he added that they got used to his new looks very easily.

His young son, who Rodriguez is hoping to bring over to Spain soon, really likes it. He said: “My seven-year-old son always tells me I am his super daddy.”

When asked how he would respond to his child wanting to follow a similar journey, he said: “I would tell him that he should think about it properly and wait until he is no longer underage.

"That he should be careful not to follow an impulse. If he still decides to go through with it, I will support him and make sure that he is sent to a professional.”

Looking at pictures of himself from 11 years ago, before his modifications began, he said he doesn’t see himself now as any different to who he was before.

“It is as if you have a breast surgery. What you have done is an aesthetic change, but it is not personal, the human being is always going to be the same.

“Kids are usually surprised when they see me for the first time, but they all recognise who the character is and they seem to like it more than the adults.

“But ultimately I live for this and I have a lot of people supporting me and what I am doing does not make me a better or worse person.”

Despite his appearance, Rodriguez says his days are fairly normal and his life at the tattoo shop fits well with his look.

Rodriguez' manager, Carlos Rodriguez, 56, said he has the perfect manners and polite character of the real Red Skull.

Rodriguez has more modifications planned, he said, but for now, he is keeping them a secret, as he wants them to be a surprise.

Aside from working at the tattoo shop, he is hoping that the festivals, tattoo conventions and body art transformation fairs will be open soon so he can fill his schedule and bring his son over. 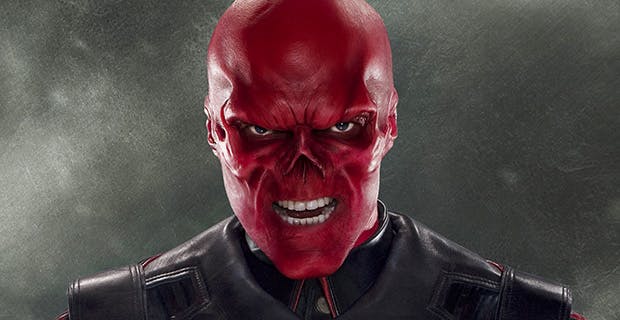 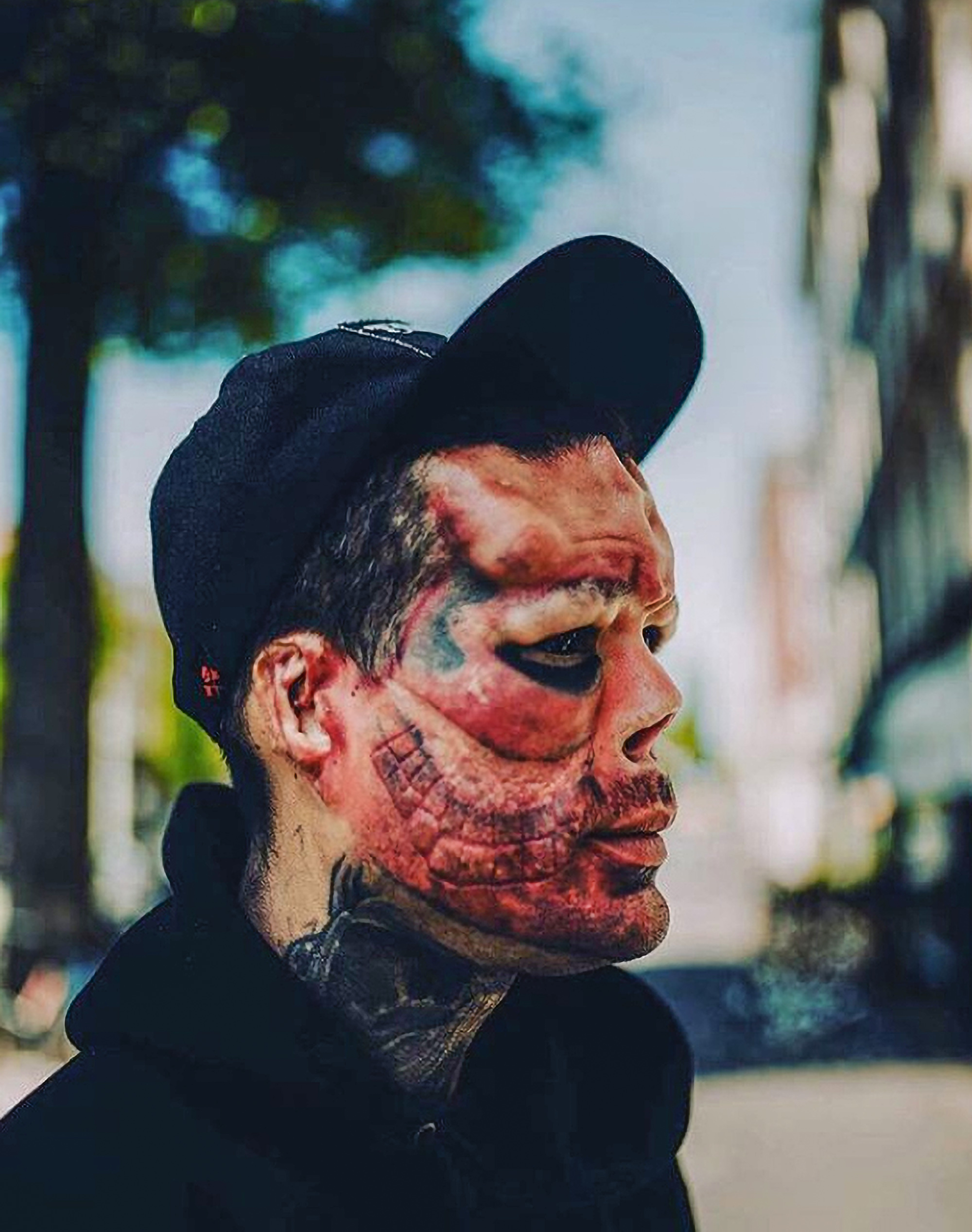 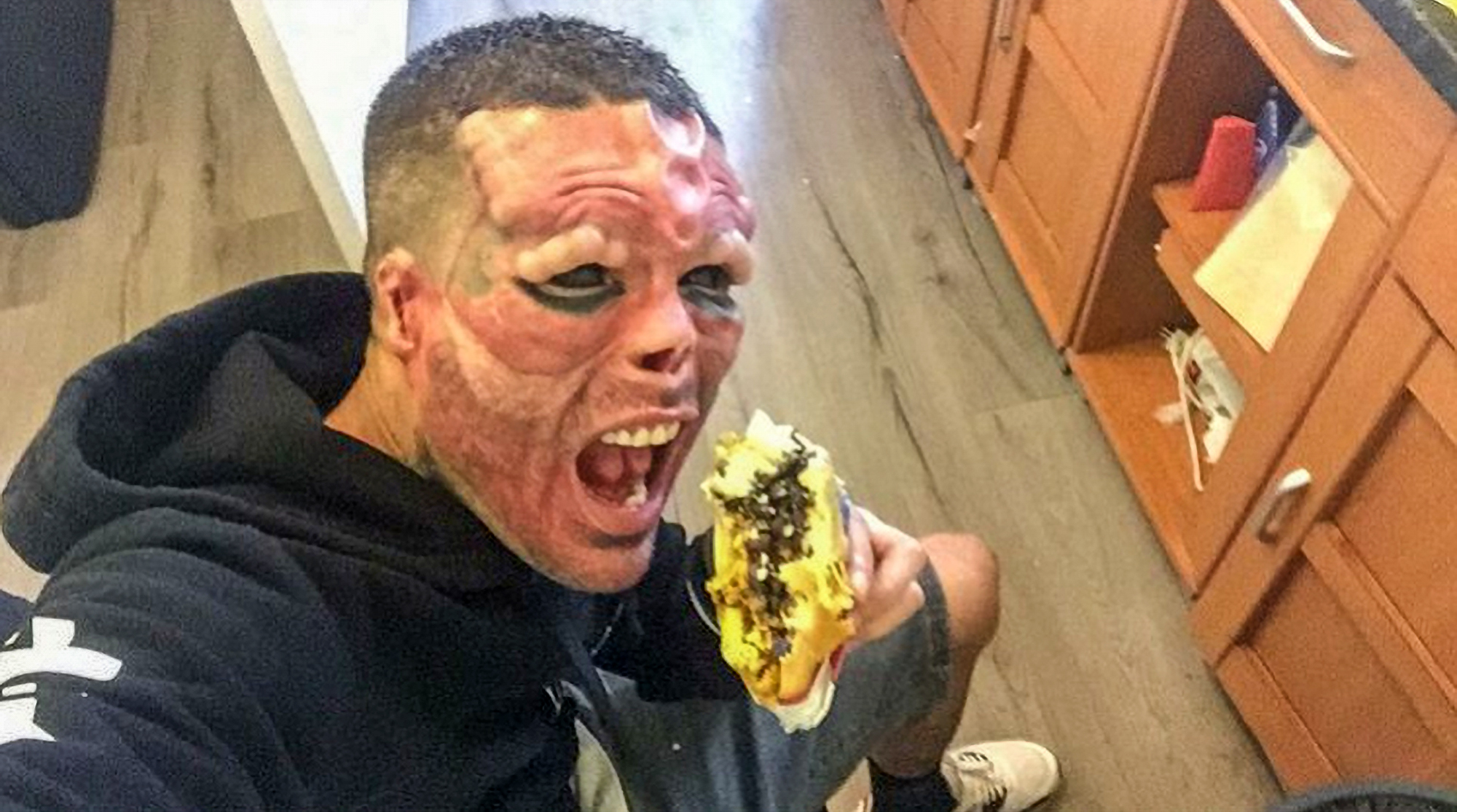 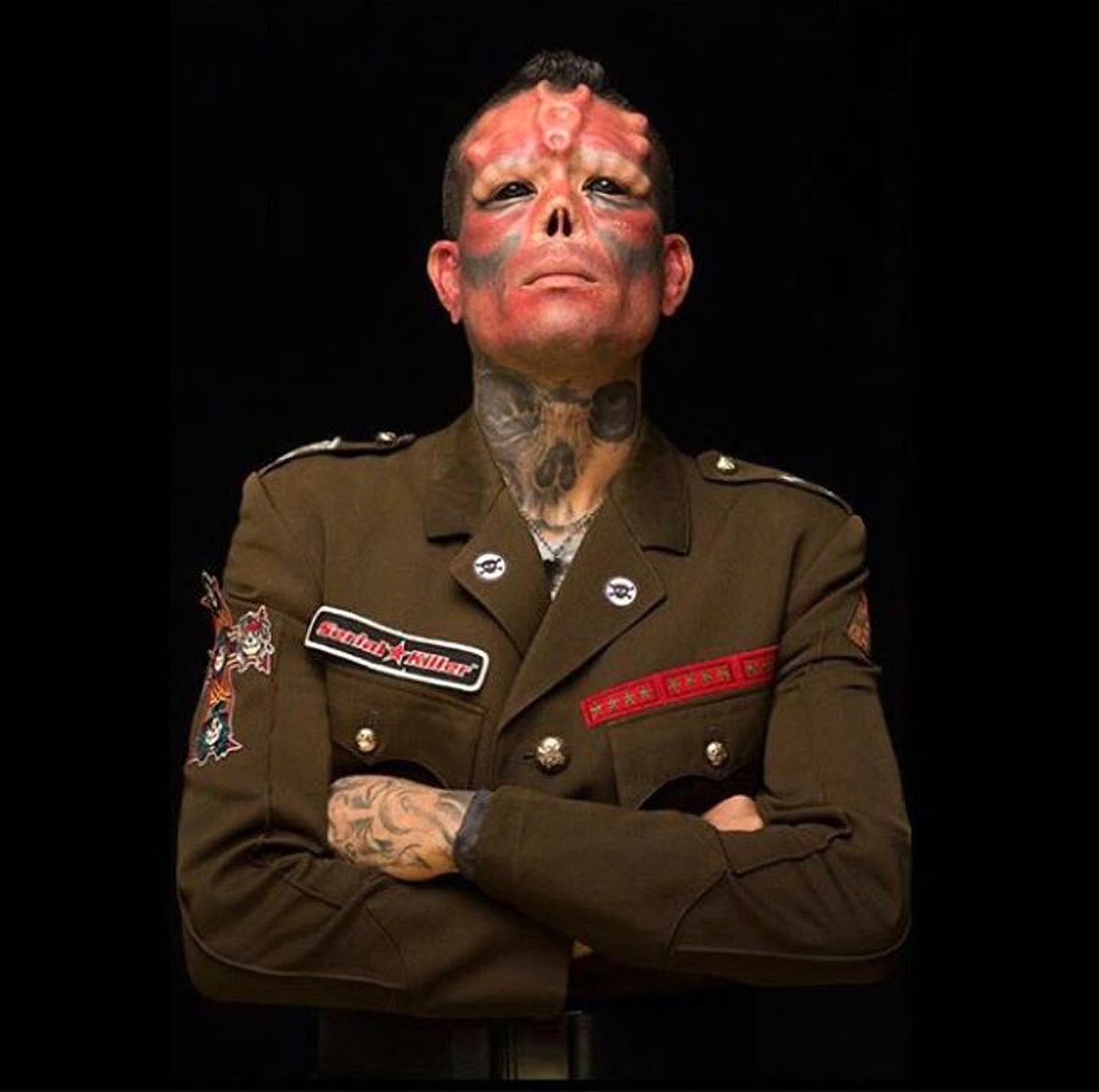 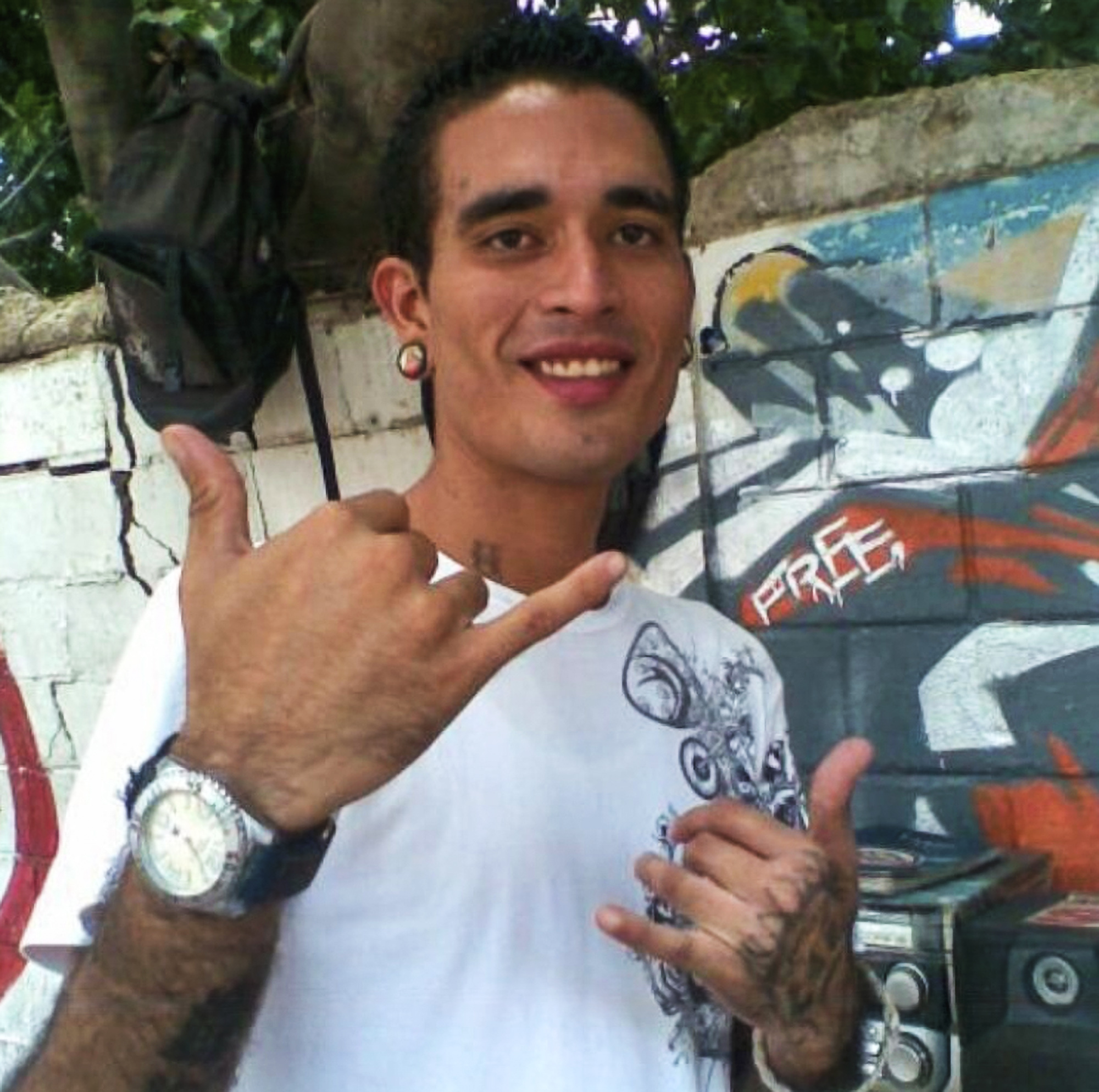 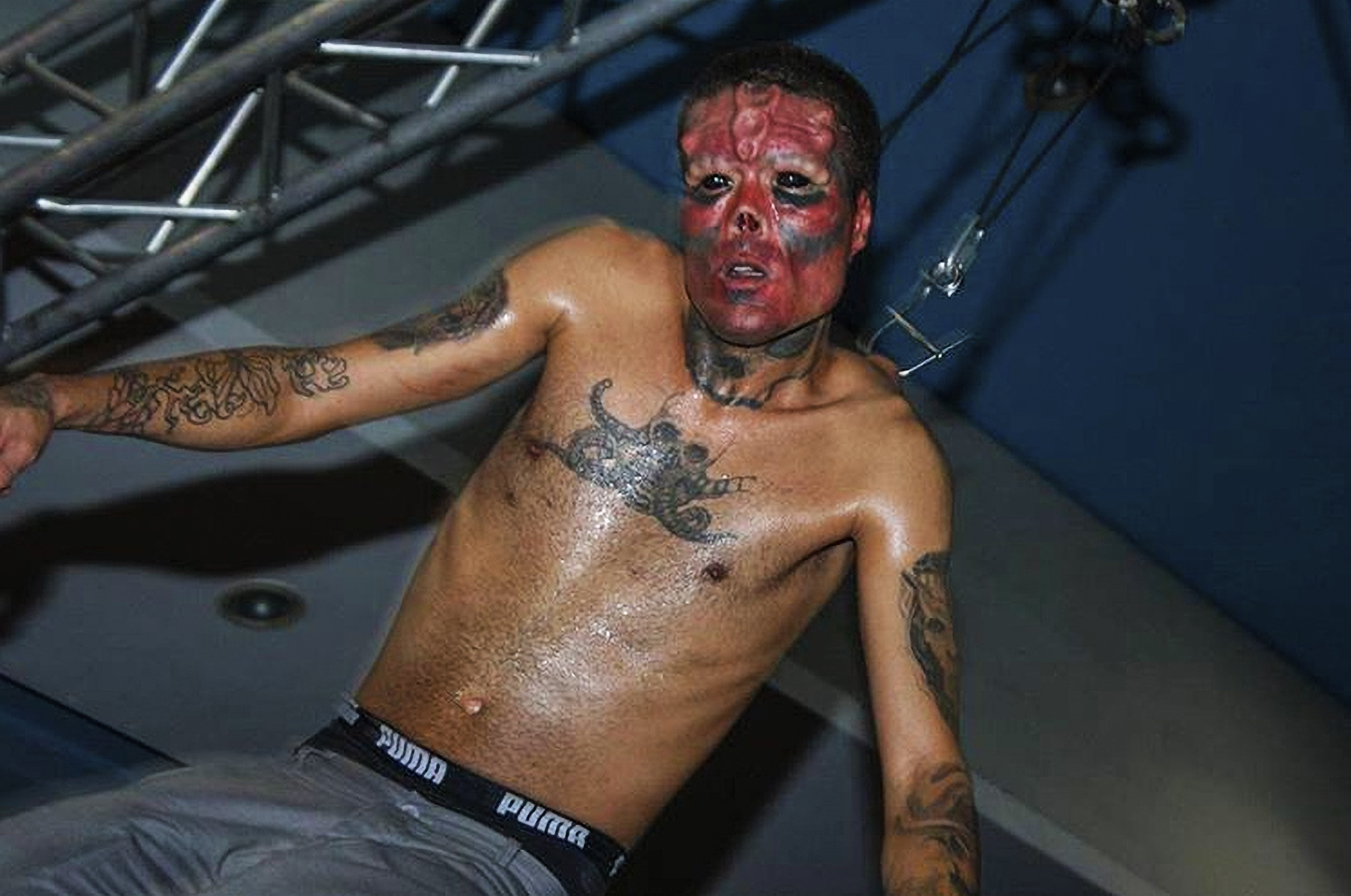