School IT teacher, 40, is jailed for six years after he hacked into his pupils’ mobile phones to steal naked selfies from teenage girls and store them on his computer

A school IT teacher was jailed for six years today after hacking his pupils’ phones to steal naked selfies of teenage girls and storing them on his computer.

High school technology expert Richard Edmunds, 40, told pupils he could fix their broken devices but took their private nude picture when he took their phones home.

Edmunds targeted a string of girls while working at a high school in Cardiff to gain iCloud passwords to download more than 1,700 images onto his home computer.

A court heard he also groomed school girls telling them they could make money by sending him naked selfies that would be published on modelling websites.

He was arrested after one former pupil made an anonymous call to Childline and officers searched his home. 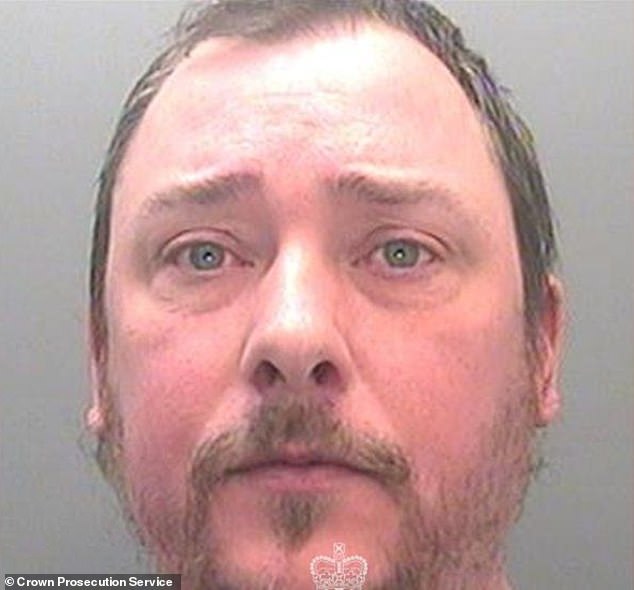 IT teacher Richard Edmunds (pictured), 40, who worked at a Cardiff high school was jailed for six years today after hacking his pupils’ phones to steal naked selfies of teenage girls

Prosecutor John Ryan said: ‘He would assist them with technology problems with computers or mobile phones. He would take them home, download their devices searching for indecent images of these girls and storing them on his computer.

‘Others were incited to send pictures of themselves to him and indecent images were later found.’

Mr Ryan said Edmunds repeatedly asked one sixth form student to send him naked pictures that they could sell online.

Newport Crown Court heard Edmunds would continue to ask the girl for pictures even when he knew she was suffering from depression and feeling suicidal.

Mr Ryan said: ‘He made out that she owed him something for the emotional support he had given her and he persisted to ask for images saying he needed photos of her to get money.

‘She relented and sent him a number of photos of herself.’

When police searched his home they found 14 schoolgirls phones had been downloaded onto Edmunds’ computer as well as thousands of indecent images of children.

Twice-married Edmunds, of Bridgend, admitted 19 charges including making indecent photographs, inciting sexual exploitation of a child and securing unauthorised access of a computer.

Andrew Taylor, defending, said: ‘His children from his first marriage have told him they want nothing more to do with him knowing what they know now.

‘His wife is now estranged and she has been profoundly affected.’ 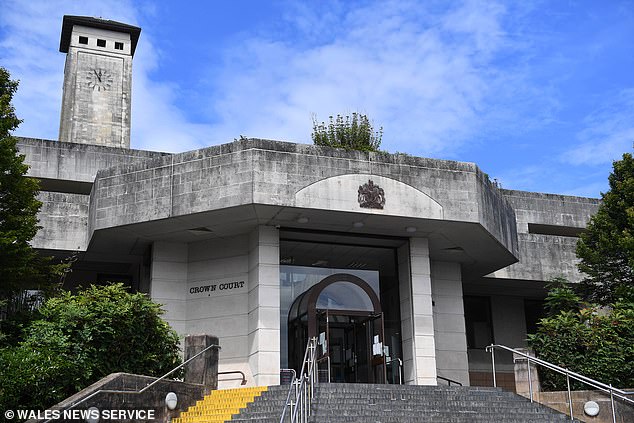 He told him: ‘You carefully cultivated an image of yourself where pupils saw you as fun and approachable and some even saw you as a friend and liked your informality.

‘You were trusted by pupils and trusted by parents and guardians who entrusted their children into your care – you abused that trust and exploited your position.

‘All your victims were teenage girls at a difficult, challenging, and vulnerable time in their lives where confidence and security may be in short supply.

‘You saw their vulnerability as weakness to exploit for your own sexual gratification. You have a sexual interest in young girls – it is deep rooted.’

In a statement from the school, a spokesperson said: ‘The safety and wellbeing of our pupils is priority and safeguarding our school community remains our upmost importance.

‘As soon as the school was made aware of police investigations into the conduct of Mr Edmunds, we acted quickly and efficiently following the correct inter-agency processes and procedures.

‘He was immediately suspended and removed from the school site and has not been back on site since.

‘Following information that criminal proceedings have been concluded for Mr Edmunds the school can now proceed with this matter in accordance with the school’s relevant policies and procedures.’

Edmunds was jailed for six years and three months.

U.S. says no timeline for Syria withdrawal as fighting continues