A 17-year-old Montana boy is lucky to be alive after fighting off a grizzly bear when the animal attacked on Sunday.

The teen was treated and released with minor injuries from the Madison Valley Medical Center in Ennis, Montana the same day.

Wildlife officials say the attack happened around 2pm in Wolf Creek, an unincorporated region about 30 miles south of Ennis, where the teen and his family were staying in a rural cabin.

The victim told wildlife personnel he was searching the woods for shed deer antlers when he heard a ‘thump’ behind him. 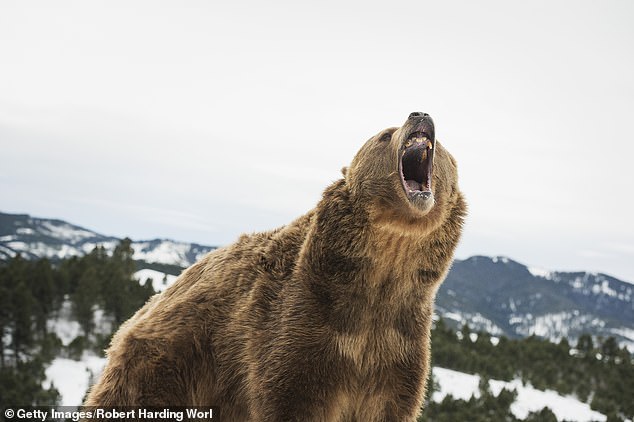 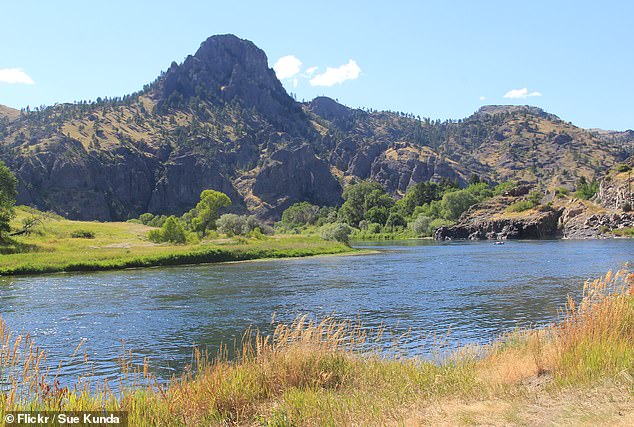 The teenage Montana boy told authorities he was searching for shed deer antlers in the woods in Wolf Creek, Montana (pictured) around 2pm on Sunday

He turned around and saw the bear charging towards him.

‘The bear pushed him up against a tree and held him there momentarily’ Montana’s Fish, Wildlife & Parks department said in a statement released on Monday.

‘When the bear let go, the teen fell over and attempted to crawl between two trees and protect his head and vitals.’

Fortunately the 17-year-old had a can of bear repellent in his backpack, but before he could grab it, the animal pinned him face-down on the ground.

Even though he was pinned, the teen was able to reach over his shoulder and retrieved the spray from his pack, spraying the bear, which made the animal flee.

The teen was able to walk himself out of the woods and make radio contact with his family, who took him to the hospital before calling wildlife authorities. 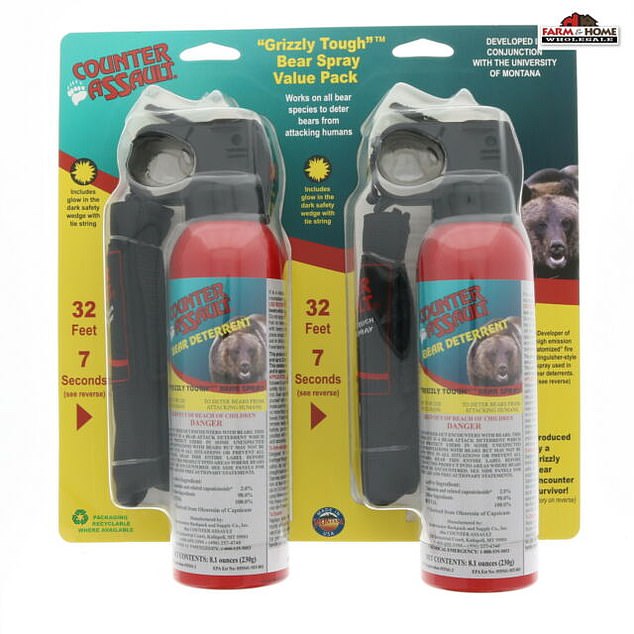 ‘Based on the teen’s description of the bear’s behavior, the animal was most likely a grizzly bear,’ the state wildlife department said.

‘The bear’s behavior in this incident appears to be typical of surprise close encounters. [Montana’s Fish, Wildlife & Parks department] will continue to monitor the area, which is well within occupied bear habitat.’

The state wildlife department warned outdoor adventurers to be wary during the active season for bears in the spring, summer and fall months.

Officials advised wilderness goers to carry and know how to use bear spray, travel in groups, avoid animal carcasses, and store food properly.

‘If you encounter a bear, never approach it. Back away slowly and leave the area,’ officials said.