A man tried to attack people at a pub with a chainsaw, prompting horrified customers to tackle him to the ground and wrestle the weapon away from him before he could hurt anyone.

Loud screams and shouts are drowned out by the sound of the chainsaw in the pub, which is in the port city of Nakhodka on Russia’s Pacific coast.

The man is quickly jumped on by the other customers, who take away his weapon before angrily surrounding him, shouting in his face and appearing to hit him as they question his actions.

Loud, piercing screams are heard throughout the video as the crowd deals with the attacker.

One customer shouts ‘Hold him’ and ‘Throw him down’.

While another screams: ‘What the hell are you doing?’. 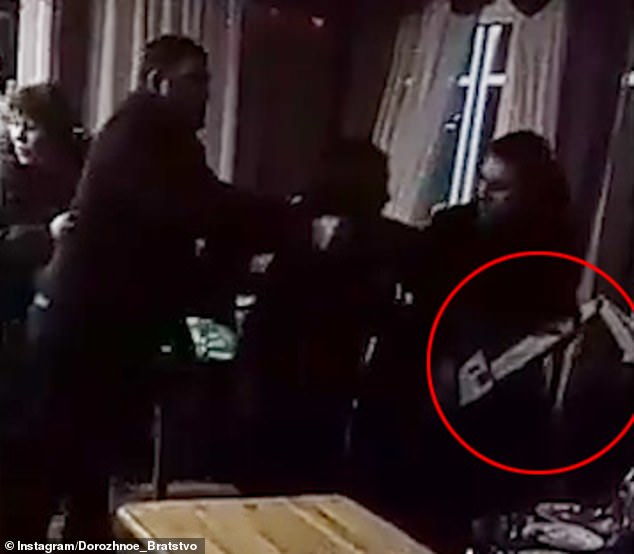 The man with the chainsaw is immediately jumped on by the crowd of people in the pub, before he can attack anyone with his weapon 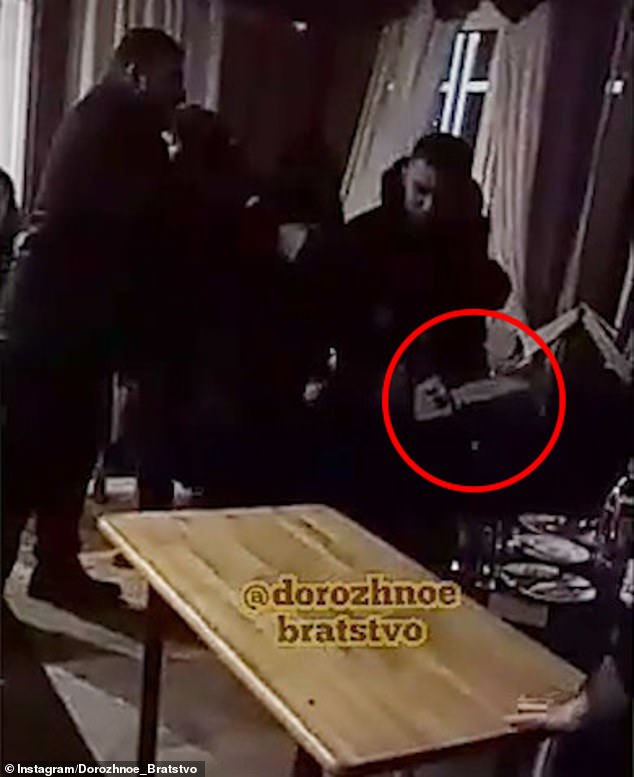 The loud chainsaw almost drowns out all of the screams and shouts in the video, as the man threatens to go on a rampage

It’s unclear what caused the confrontation but the crowd manage to take the chainsaw away before angrily facing down the man who wielded it.

A woman strikes him and other furious pub-goers push and shove him, getting in his face. 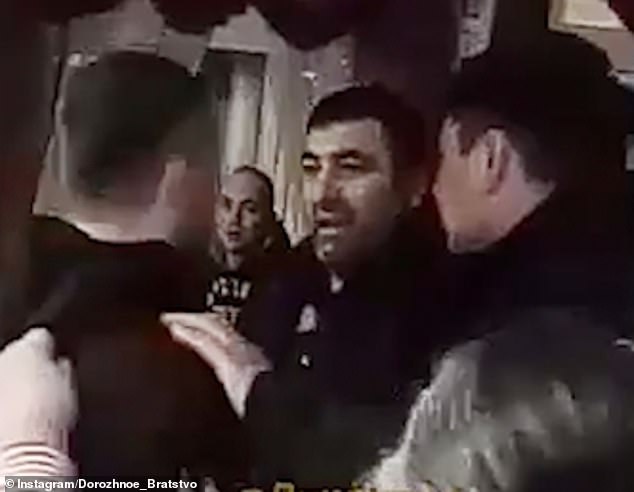 The man, left, who has his back to the camera, was dragged to his feet and confronted by the furious crowd 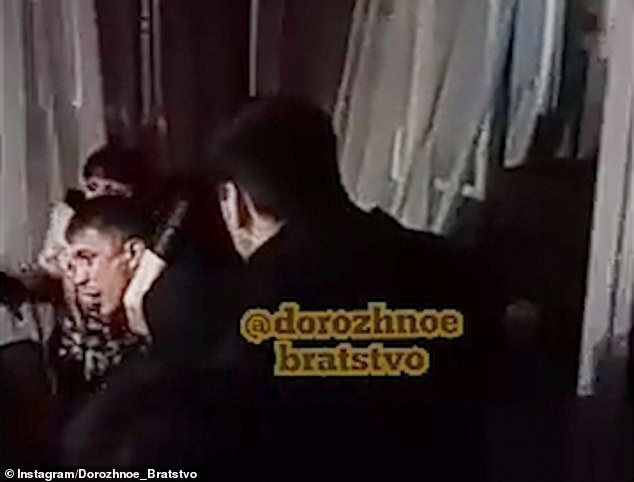 Police in the Primorsky region launched an investigation after the clip was widely shared on social media, according to Interfax news agency.

Police also said that the statements from the parties to the incident were not received by the police.

The footage has been posted on Instagram, where it was shared widely.