There was terror on a Russian flight today when an An-26 plane’s rear door sprang open soon after takeoff in the world’s coldest region.

Hats belonging to the 25 passengers flew off their heads and vanished into the cold air as the cabin depressurised.

Most luggage belonging to passengers was sucked out of the plane’s door when it burst open, said later reports.

A video shows the visible gaping rear door on the IrAero Antonov aircraft, which had taken off from Magan in the region of Yakutsk, eastern Siberia, in minus 41C cold.

The passenger filming the video is in a rear seat on the plane, bound for Magadan on Russia’s Pacific coast. 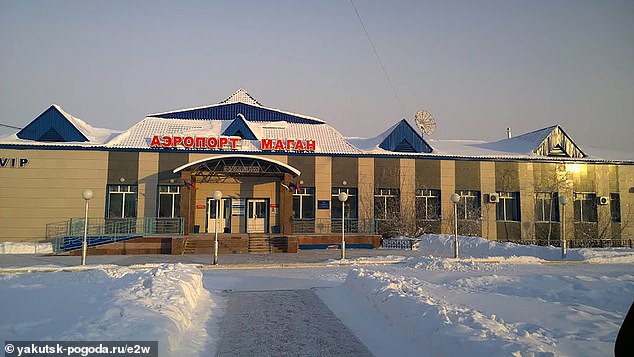 The plane took off from Magan airport (pictured) in the Yakutsk district of eastern Siberia, Russia, one of the coldest regions on earth 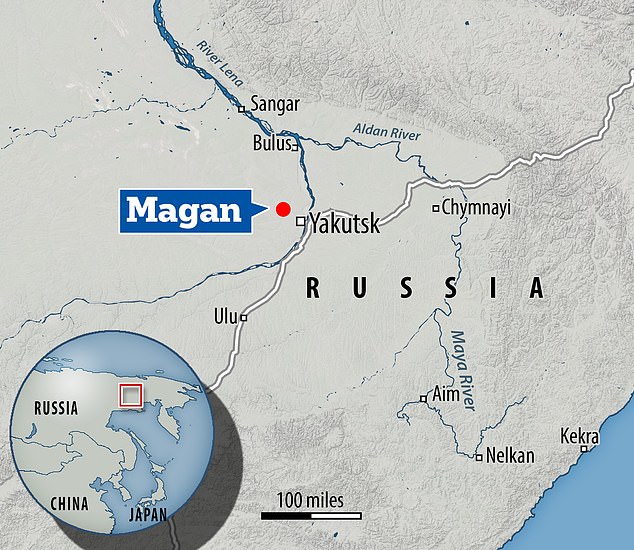 Magan is eight miles from Yakutsk, the world’s coldest city, and capital of Yakutsk region in Siberia, eastern Russia 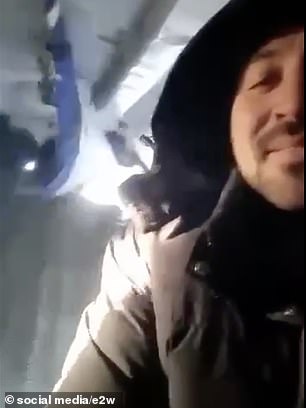 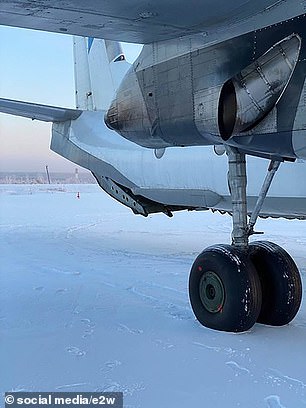 The door, used to load cargo and luggage, is normally curtained off from the passengers at the back of the plane.

The curtain is seen blowing in the wind.

The pilot made a rapid emergency landing at Magan in Siberian region Yakutsk, and all on board were ‘safe’ despite the intense cold in the cabin during the drama.

The man filming the nightmare is heard swearing in shock at the open door behind him.

A report said: ‘Fortunately, the 25 people on board, including the crew, were unharmed.

‘The caps off some people’s heads flew into the white void.’

It is believed all the passengers were strapped in for takeoff and wearing coats having boarded in the intense cold.

Magan is eight miles from Yakutsk, the world’s coldest city, and capital of the Yakutsk district in Siberia, Russia.

An investigation is underway into the disturbing incident.

This is why the ‘mommy drinking culture’ is normalizing alcoholism