BEACHGOERS in North Carolina have been startled by what appears to be "very large sharks" prowling close to the shoreline.

Heart-stopping snaps show multiple dorsal fins sticking out the ocean off a beach in Oak Island. 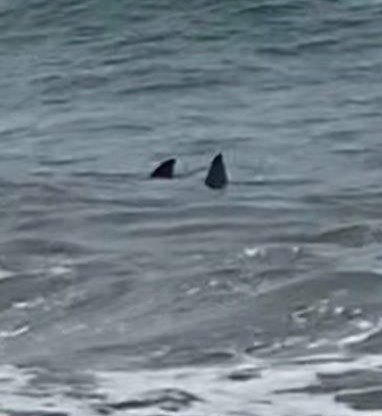 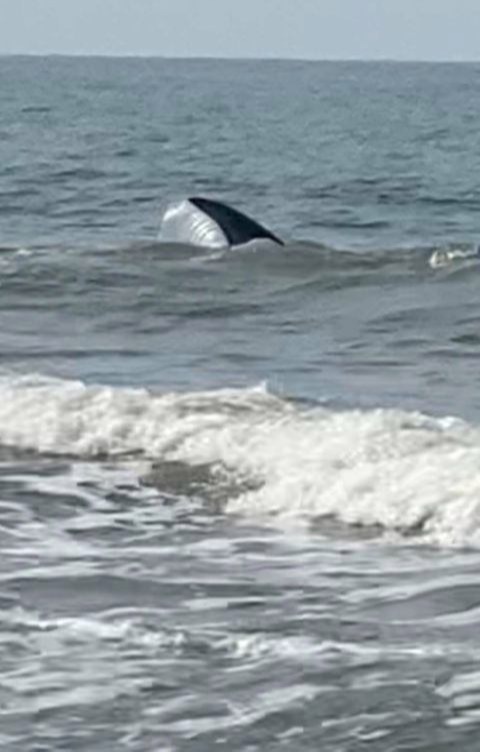 It prompted an alert from the area's water rescue team as experts warned swimmers of potential dangers.

A note on Facebook from Oak Island Water Rescue on Thursday read: "We don't want to alarm anyone because this is a very natural thing, but we received a report and pictures of what appear to be large sharks swimming just off the beach near 4300 East Beach Drive.

"We will be investigating this further and will be flying our purple flag today to warn of possible dangerous fish."

But some pointed out the fins may not belong to sharks and may instead be that of whales, dolphins, or manta rays.

One person commented: "Yeah with what the videos show the manner in which the fins are coming up out of the water and then moving to the side and flapping back down isn’t consistent with what a sharks fin would be doing.

"Either way be safe out there and remember, that’s their home, you’re just visiting."

In June 2019, Paige Winter, from North Carolina, lost her leg in a horrific shark attack and was only saved from imminent death after her father heroically punched the animal five times in the nose before pulling her to safety.

The brave 19-year-old was left with life-changing injuries, with surgeons forced to amputate her left leg above the knee and perform several operations to repair her hands after she was savaged by a bull shark while swimming.

She had been bathing in the waters off Fort Macon State Park when the predator struck.

America has overtaken Australia for the number of attacks with Cape Cod, Massachusetts, now considered the shark capital of the world.

However, despite a spike in maulings by the ferocious beasts and signs warning of attacks on beaches in the US and Australia, swimmers are still putting themselves at risk.

This year has seen 49 shark attacks – six being fatal – across the globe, as the underwater predators continue to get closer to humans.

The US recorded the largest number of shark bites, reporting 33 incidents, while Australia recorded 18.

A whopping 791 shark attacks have been reported between 2010 and 2019, according to data published by the International Shark Attack File, with an annual global average of 80 bites. 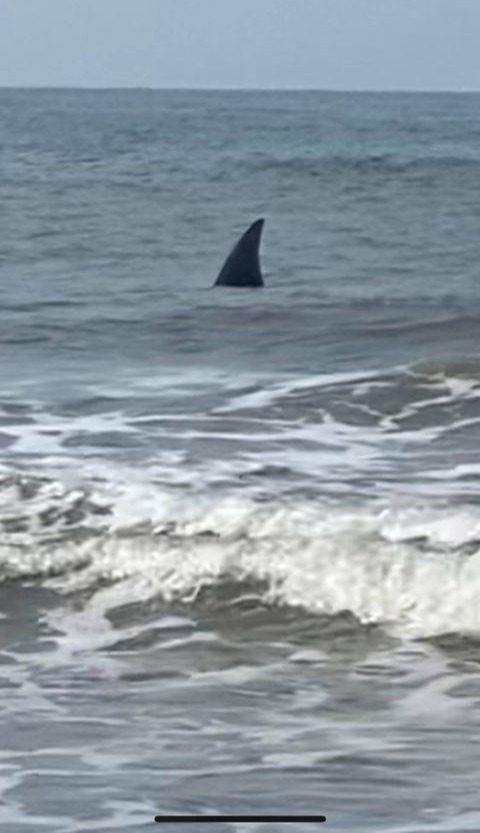