Home » World News » 'Thank you's are no longer enough': Why 7,000 NYC hospital nurses are on strike

In a dispute over pay and chronic understaffing, the New York State Nurses Association said more than 3,500 nurses at Montefiore Medical Center in the Bronx and about 3,600 at Mount Sinai Hospital on the Upper East Side in Manhattan would go on strike.

The walkout began at 6 a.m. EST after a weekend of negotiations and no new contract in time for the strike start date. Representatives from both hospitals were back at the bargaining table Monday.

“Nurses don’t want to strike. Bosses have pushed us to strike by refusing to seriously consider our proposals to address the desperate crisis of unsafe staffing that harms our patients,” the union said in a statement late Sunday. 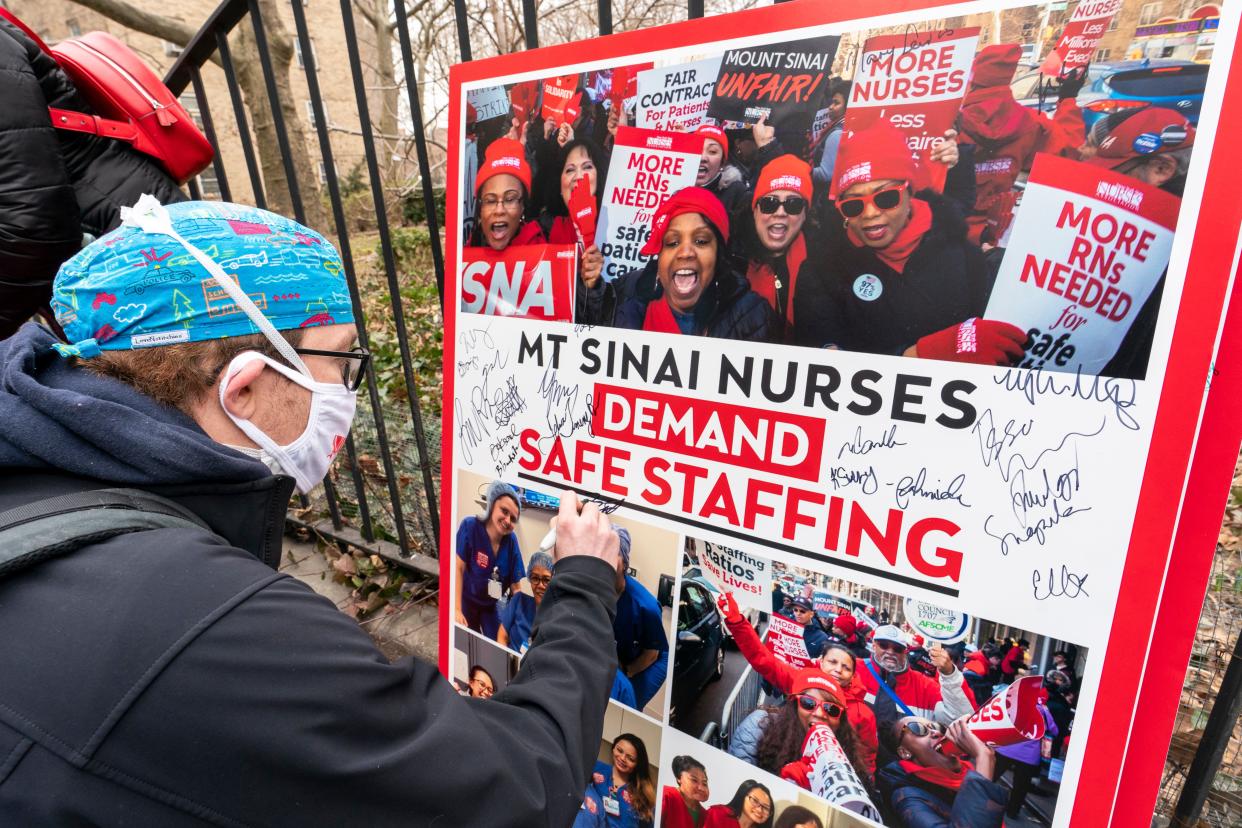 The Nurses Association had initially warned that it would strike at all 12 hospitals with union contracts at the same time – but several struck tentative deals in recent days, including two new agreements late Sunday evening.

NewYork-Presbyterian Hospital’s ratified deal, signed on Saturday, is seen as a template for the negotiations with other hospital systems – with 4,000 nurses gaining raises of 7%, 6%, and 5% over the next three years while also increasing staffing levels.

Union leaders and supporters, at a news conference Monday, highlighted staffing shortages as the key reason for a strike.

New York State Attorney General Letitia James stood with workers, reminding the crowd that the strike is about patient care, not money. James also said the Department of Health has failed to enforce a law that was passed last year in New York that requires hospital to have safe staffing.

James said that if hospitals can hire temporary travel nurses to address understaffing from the strike, there’s no excuse to not hire more nurses.

“There is no nursing shortage. Just a shortage of jobs that we nurses want to work in,” Cooper said. “We all know that we have a job to do and that is a job that we happily signed up for. But how can we do our work well when are employers refuse to hire enough of us to do it? The answer is we cannot.” 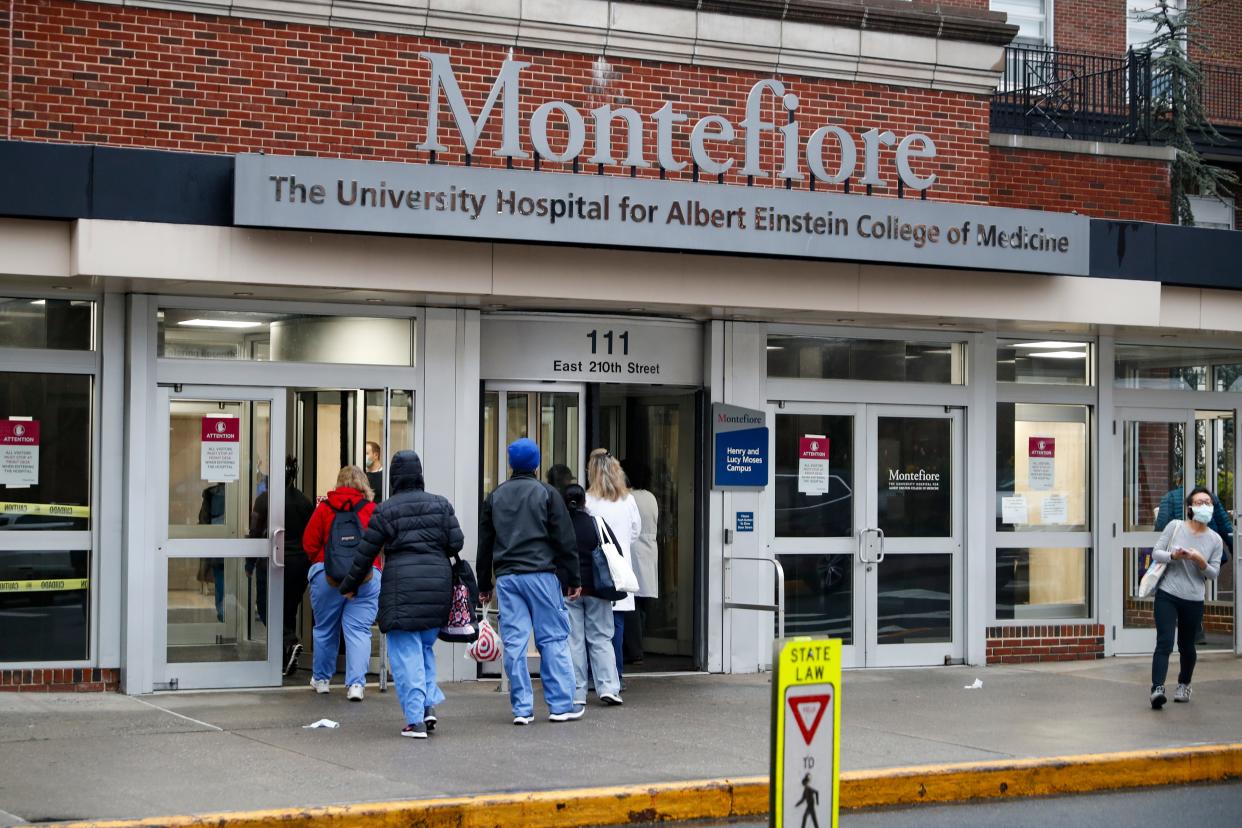 How have hospitals responded? Will medical procedures be delayed?

Patients are likely to see emergency room visits and childbirth disruptions if the nurses strike. Hospitals prepared for the walkout by transferring patients, diverting ambulances to other institutions, postponing nonemergency medical procedures and arranging to bring in temporary staffing.

Gov. Kathy Hochul urged the union and the hospitals late Sunday to take their dispute to binding arbitration “so that all parties can swiftly reach a resolution.”

“The New York State Department of Health will continue to enforce staffing requirements under the law at these hospitals to maintain the delivery of essential health care services to the community and protect patient health and safety,” the statement read.

Montefiore’s administration said in a statement that it was willing to let an arbitrator settle the contract “as a means to reaching an equitable outcome.”

Mount Sinai’s administration said in a statement that the union’s focus on staffing-to-patient ratios “ignores the progress we have made to attract and hire more new nurses, despite a global shortage of health care workers that is impacting hospitals across the country.”

CHANGING CAREERS: As job switchers chase higher wages, they may be leaving money behind.

In a statement Monday, the Nurses Association urged all patients to not delay getting medical care.

“Patients should seek hospital care immediately if they need it. We would rather be the ones providing that care, but our bosses have pushed us to be out here instead.”

What’s everyone talking about? Sign up for our trending newsletter to get the latest news of the day