The Queen will not attend this year’s Garden Parties and will instead be represented by other members of the Royal Family, Buckingham Palace revealed today.

The 96-year-old, who has been suffering from mobility and health issues in recent months, will not be at the events which are taking place for the first time since 2019.

The decision is likely down to the format of the parties in that the monarch would have had to stand for more than an hour and move down the lines greeting people. Royal expert Angela Levin said today: ‘It’s a good decision for the Queen not to attend garden parties as there would be too much standing. What a shame though.’

Normally there are up to three Garden Parties at the Buckingham Palace Garden each summer, as well as another at the Palace of Holyroodhouse in Edinburgh.

After the past two years saw the parties cancelled because of the pandemic, royal aides announced this morning that they would return this summer.

The three events at Buckingham Palace will take place on the next three Wednesdays of this month – May 11, 18 and 25. The Holyroodhouse party will be on June 29. 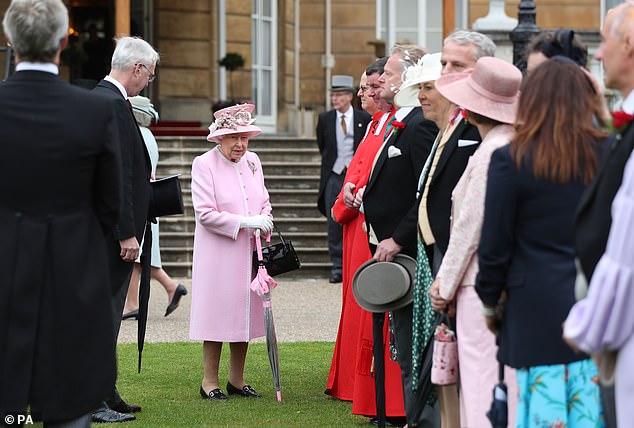 The parties will take place in the Queen’s Platinum Jubilee year and held for guests in recognition of their positive contributions to communities across Britain.

A Buckingham Palace spokesman said today: ‘Her Majesty The Queen will be represented by other Members of the Royal Family at this year’s Garden Parties, with details on attendance to be confirmed in due course.’

There will also be a ‘Not Forgotten Association Annual Garden Party’ next Thursday, May 12 which will be hosted by Princess Anne who is patron of the charity.

The Not Forgotten Association provides entertainment, leisure and recreation for the serving wounded, injured or sick and for ex-service men and women with disabilities. 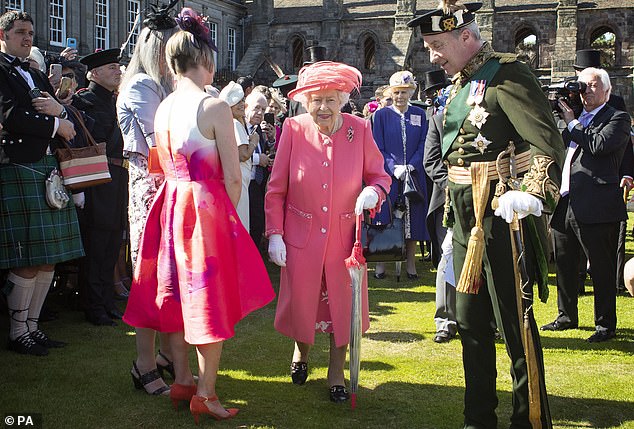 The Garden Party for the organisation, which will also be held at Buckingham Palace, will bring together more than 2,000 beneficiaries of all ages and from all services.

On Tuesday the Queen’s hopes of winning the Epsom Derby during her Jubilee year ended after her horse Reach For The Moon and two others were withdrawn.

She is a passionate horse owner and breeder and would have been looking forward to seeing her horses take on the best in the world in the famous classic.

The race, which organisers hope the monarch will attend, is being staged during the June Bank Holiday weekend when celebrations mark the Queen’s 70-year reign.

Lebanon set to extend coronavirus shutdown until May 24