Home » World News » The rise of the reducers: Why some of us are putting less meat on our plates

Luke Tracy has tried being vegan and vegetarian but has now settled for the middle path: meat reducer.

New research shows he’s not alone, with almost one in five Australians making a conscious effort to reduce their consumption of meat for health and environmental reasons. 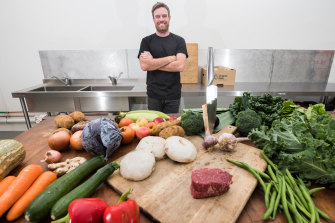 “You have to eat what suits your body and a largely organic, seasonal diet with an occasional serve of quality, organic meat is best for me.”

Mr Tracy, who runs Melbourne fruit and vegetable delivery service Organic Ease, eats meat once a week and purchases it from high-end butcher Meatsmith or from his friends’ farm in Gippsland.

“I know what I am getting from them.” 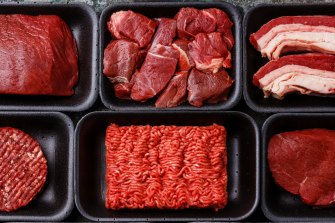 Heavy meat eaters tend to be older men with lower education levels, while meat reducers are more likely to be educated women.Credit:Shutterstock

“The biggest thing we can do to help the environment is to cut back on meat.”

Much of his growing customer base is following a similar diet.

“They are eating a largely seasonal, organic plant-based diet and topping up with a bit of ethical meat and fish.”

University of Adelaide researchers recently surveyed almost 2800 Australians to identify what was driving their dietary choices.

They found that while vegetarians and vegans were most concerned about animal welfare and the environmental impacts of eating meat, so-called meat reducers or flexitarians who eat meat two to three times per week were mainly motivated by health concerns.

“They don’t feel so good when they eat too much meat,” research co-author Professor Wendy Umberger said.

“They say they feel lighter and have more energy when they cut down.” 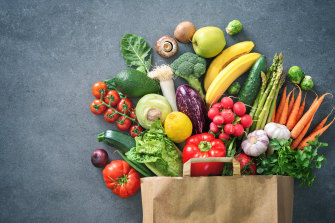 More Australians are reducing the amount of meat in their diets.Credit:iStock

Australians still have a voracious appetite for meat, with the average person consuming 94 kilograms of meat per year, which is nearly three times the global average.

According to Professor Umberger, heavy meat eaters tend to be older men with lower education levels, while meat reducers are more likely to be educated women.

The researchers believe meat reducers may be deterred from becoming vegetarian or vegan due to concerns about nutritional inadequacy.

Professor Umberger, who grew up on a cattle farm in South Dakota and makes a conscious effort to reduce her meat intake, said the rise in meat reducers began about five years ago.

“There’s a growing awareness that we don’t need to eat as much meat. We have so much stress in our lives and are trying to do things to make ourselves better and realising how much of an issue climate change is – whether that’s bushfires, floods or cyclones.”

The rise of this distinct dietary group is influencing meat production, particularly in respect to animal welfare and environmental concerns, Professor Umberger said, pointing out that the industry has set a target of being carbon neutral by 2030.

Toni Barton, who farms lamb in Nulla Vale near Lancefield, says many of her farmers market customers have begun reducing their meat consumption.

“I really noticed the shift about three years ago but it’s very common now,” she said.

Ms Barton processes up to 600 lambs a year through her business For the Love of Lamb. She said many consumers were telling her they were having two or three meat-free nights a week. And they are willing to pay more for her products because they trust the animals were treated ethically, including her “low-stress handling” farming techniques.

“If they went to Coles they could probably buy twice as much,” she said.

She said customers were also drawn to the grass-only diet she provides her sheep.

“I made the decision straight off the bat I would never feed the animals something that’s not good for them.”

Professor Umberger said the red meat industry had been trying to counteract people’s health concerns by spruiking the iron, vitamin B and low-fat content of produce and the fact that it has no added hormones.