Theresa May was last night poised to mount a humiliating climbdown over a customs union as the price of winning Labour support for her Brexit deal with an additional ‘Boris lock’ to prevent the possibility of a future, hardline-Eurosceptic Tory leader tearing up the deal.

According to senior sources, Tory negotiators have told Labour that the Government would accept UK membership of a customs union – a ‘red line’ for Brexiteers – but on condition that they ‘call it something else’ to avoid inflaming anger among Eurosceptic Conservatives.

And it emerged the PM has offered Jeremy Corbyn a ‘lock’ mechanism, which would prevent any future pro-Brexit Prime Minister such as Boris Johnson from unravelling the deal by having it written directly into legislation.

Under the new plan, the prime minister would offer to rewrite the government’s withdrawal bill to enshrine a customs arrangement in law – so any deal reached with May could not be ripped up by her successor. 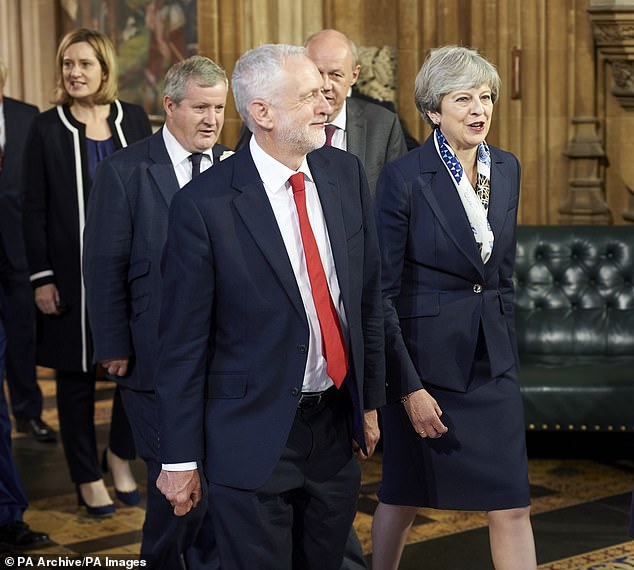 According to senior sources, Tory negotiators have told Labour that the Government would accept UK membership of a customs union (Pictured, Theresa May and Jeremy Corbyn)

The moves are certain to trigger fury among pro-Brexit Tory MPs.

The parties have also discussed offering MPs a vote on whether to hold a second referendum. Neither the Tory or Labour leadership want the public to vote again on Brexit, and they hope a Commons defeat will banish the idea forever.

A source in the cross-party talks said: ‘It was offered with a nod and wink – if we unite to vote it down, a second referendum can be put to bed once and for all.’

With just four days to go until an emergency Brussels summit on whether to further delay Britain’s exit:

According to sources close to the negotiations – which took place over the phone on Saturday rather than through face-to-face meetings – Labour have indicated they don’t mind how the ‘customs union’ is described as long as it conforms to the World Trade Organisation definition of it being ‘an arrangement with a common external tariff’.

Said one source: ‘It must look like a duck and quack like a duck, but it doesn’t have to be called a duck.’

A Labour insider pointed to the fact Mr Corbyn last week supported Commons amendments backing a customs union that failed to include the word ‘union’, insisting they are not ‘wedded to language’.

Wording such as ‘the benefits of a customs relationship’ or a ‘comprehensive customs arrangement’ is understood to have been mooted for the agreement by Downing Street, but is unlikely to fool Tory MPs. 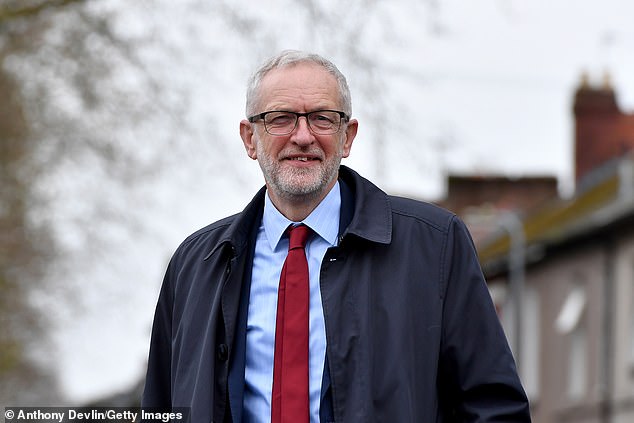 It is understood that Jeremy Corbyn has also been offered a ‘lock’ mechanism, which would prevent any future pro-Brexit Prime Minister such as Boris Johnson from unravelling the deal

In what was seen as an overt display of goodwill towards the Labour Party, Chancellor Philip Hammond yesterday used a visit to Romania to declare there were ‘no red lines’ in the talks.

And in a further sign of a breakthrough, Mr Hammond said he was ‘optimistic that we will reach some form of agreement’ and suggested that there would be an exchange of ‘some more texts today’.

Downing Street insisted that this did not mean Mrs May’s commitment to end freedom of movement was on the negotiating table, but markedly failed to reprimand Mr Hammond for his comments. 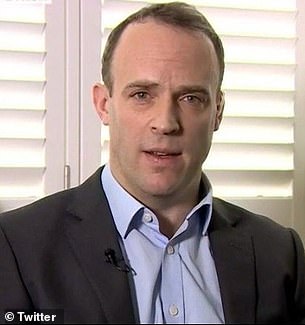 One backbencher said: ‘Rory has asked us all to sign this brown-nosing letter. Everyone has told him to do one.’

Mr Stewart’s letter read: ‘We are writing to express our support for the Cabinet’s decision to open Brexit discussions with the Opposition in the spirit of compromise,’ adding, ‘these are not normal times’. It is thought to have attracted few signatures.

Meanwhile, Education Minister Nadhim Zahawi said the situation needed to be resolved quickly in order to avoid the ‘existential threat’ posed if the UK remained in the EU at the time of the European elections next month.

He said that ‘telling our constituents why we haven’t been able to deliver Brexit’ would lead to a wipe out, adding: ‘It would be, I think, a suicide note of the Conservative Party.’

Speaking as the negotiations continued, Mrs May said: ‘I want the UK to leave the EU in an orderly way as soon as possible and that means leaving in a way that does not disrupt people’s lives.

‘If we cannot secure a majority among Conservative and DUP MPs we have no choice but to reach out across the House of Commons.

‘The longer this takes, the greater the risk of the UK never leaving at all. It would mean letting the Brexit the British people voted for slip through our fingers.

‘I will not stand for that. It is essential we deliver what people voted for and to do that we need to get a deal over the line.’