Vladimir Putin’s order to mobilise an additional 300,000 reserve troops has come as intelligence reports claim the Russian military is struggling to provide even the most basic supplies to servicemen. Video footage of Russian soldiers abandoned in a field without essential rations or shelter has emerged on social media as the Kremlin continues to draft thousands more to continue the “special military operation”.

The clip followed earlier reports which claimed Russian conscripts had been handed rusted and poorly maintained weapons to defend occupied territory in Ukraine.

In the video published on Twitter by investigative journalist Mark Krutov, a group of Russian men, reported to be recently mobilised soldiers, are filmed gathered in a remote field caked in snow.

The men appear to be carrying some limited supplies, including roll mats for camping, although one man claims they have not been provided with a tent or any food for their stay.

There appears to be no clear hierarchy among the mobilised troops as, in the absence of a leader, some of the men wander aimlessly around the area while others stand huddled around a small fire in a bid to fend off the freezing conditions. 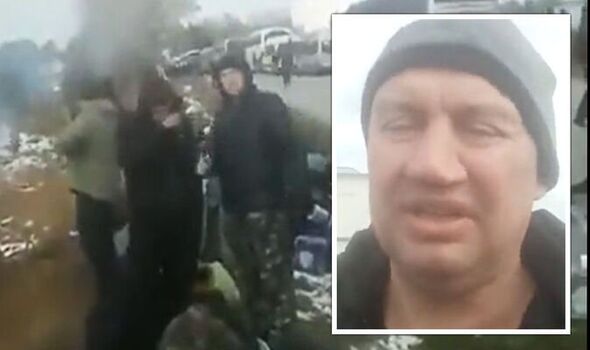 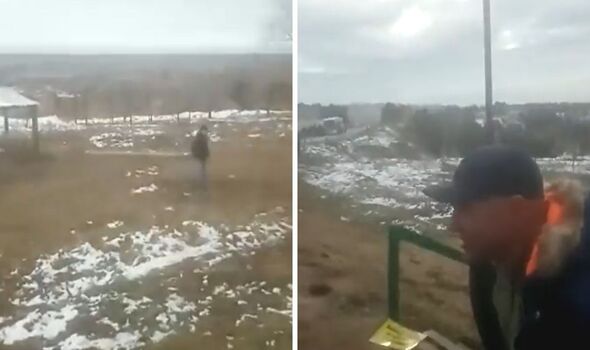 The UK Ministry of Defence has, for months ahead of the partial mobilisation decree, reported on an apparent shortage of appropriate artillery and modern equipment across Moscow’s armed forces.

An intelligence report has warned of a likely “high attrition rate” among newly mobilised troops due to a combination of inadequate training and a deficit of essential equipment.

Read more: Potential Putin successor be even be even worse 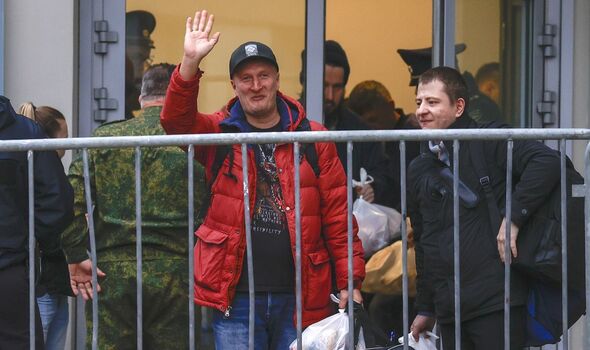 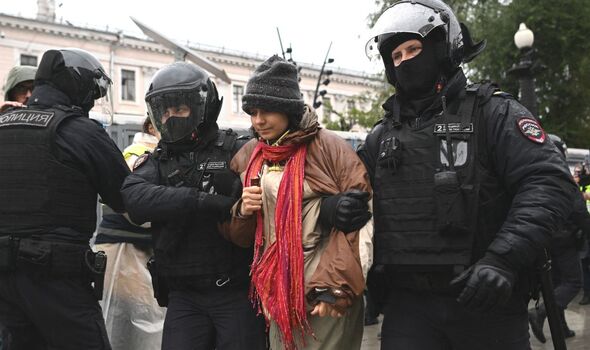 As orders to report for military service have been handed out, the Kremlin has been faced with a mass exodus of Russian citizens as thousands flee mobilisation.

Following President Putin’s national announcement, flights out of Russia quickly sold out, with the few remaining tickets having been relisted at grossly inflated prices. Land borders to neighbouring countries have since become overwhelmed after scores of Russian civilians descended in huge crowds in a bid to evade the call to the frontline.

Of those who remained in Russia, thousands participated in anti-war demonstrations throughout the nation’s major cities. OVD-Info, a Russian human rights organisation, has claimed over 2,400 people have been detained by authorities for their involvement in protests.

Despite the flood of Russians hoping to exit the country, the Kremlin has not revealed any data on the exact number of citizens that have fled to surrounding nations. The UK Ministry of Defence reported: “While exact numbers are unclear, it likely exceeds the size of the total invasion force Russia fielding in February 2022.” 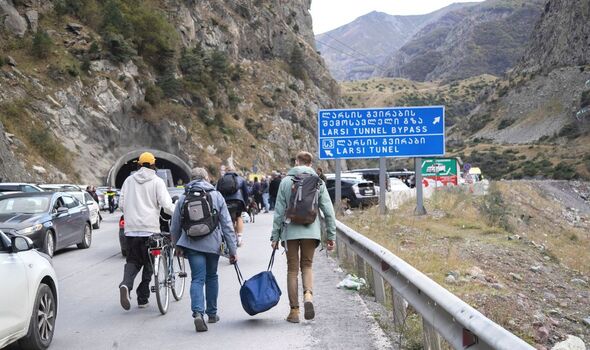 Frontex, the European border and coast guard agency, has revealed more than 1.3 million Russians have entered the European Union through land borders since the invasion of Ukraine began on February 24.

While a significant portion have since returned to Russia, Frontex data suggested the number leaving the Kremlin behind had drastically increased in the week following the partial mobilisation decree.

Finland announced on Thursday that the admission of Russian citizens entering across the border would be largely restricted.  The country’s Ministry of Foreign Affairs said restrictions aimed to prevent tourism and transit of Russian citizens through to other EU countries, adding that the measure will remain in place until further notice.

Thousands more Russians have moved towards refuge from the mobilisation order in neighbouring Georgia. Georgia’s Interior Minister declared more than 10,000 Russian citizens had crossed over the  Verkhny Lars border each day in the past week.

Horrifying moment man attacks woman, on her way to work in Brooklyn