Security and defence analyst Michael Clarke told Sky News that Russia is currently “transferring forces from the north to the southwest as it desperately looks to retain territory it has held since it annexed Crimea in 2014. Mr Clarke said Russian forces are “under pressure” and only just “hanging on” as they prepare for what could be a devastating Ukrainian counteroffensive, an attack that has been in the making “for a couple of months”. It comes as fears over Russian activity during Ukrainian independence day were expressed yet again, with US officials urging citizens to flee the country.

Mr Clarke said: “Well, what Russia is doing at the moment is transferring forces from the north to the southwest.

“They took Severodonetsk and Lysychansk about a month ago now and they are pushing towards the next big place, which is Slovyansk and south of that, Kramatorsk. Those are the big battles to come.

“But, they have made no progress. They are very close to Slovyansk but they have not moved. They have not even, as far as we can tell, taken Bakhmut, which is one place on the way to Slovyansk and they don’t seem to have taken Sivers’k, another small place.

“Their offensive in the north has stopped and the reason, we are pretty sure, is because they seem to be moving troops and equipment to the southwest, towards this other area around Kherson where they are under pressure.

“And so what we are seeing at the moment, then, is that Russia is in a sense taking a pause because they are having to hang on for this big offensive that the Ukrainians have been working on for a couple of months down in the southwest.” 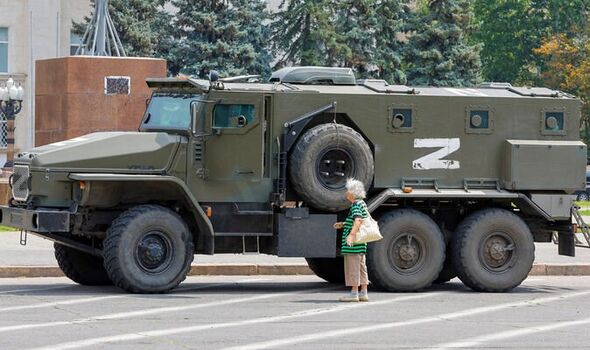 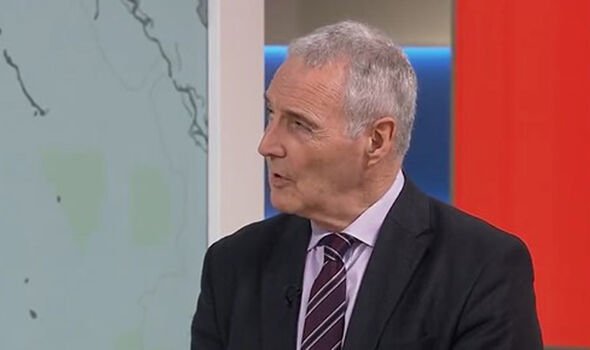 It comes as Ukrainian forces shelled a building housing the local administration headquarters in the centre of separatist-controlled Donetsk on Tuesday with Western-supplied weapons, the TASS news agency reported, citing Russian-installed officials.

Three people were killed in a series of strikes on Donetsk, which has been under the control of Russian-backed separatists since 2014, on Tuesday, the Russian-installed mayor of Donetsk said in a post on his Telegram channel.

A separatist official said at least one of the shells used in the attack was fired from a US-made HIMARS artillery system, Russian state news agencies reported.

Meanwhile , western officials warned of a possible escalation in fighting in Ukraine this week, as Wednesday marks six months since Russia’s invasion. 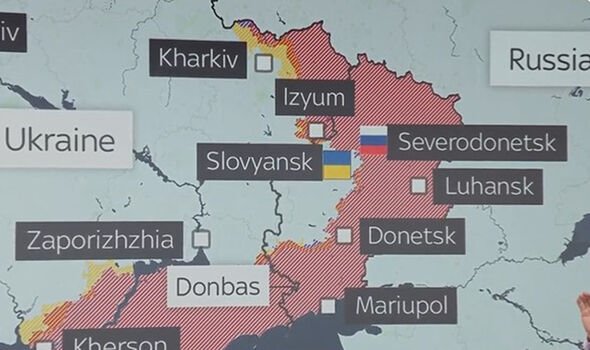 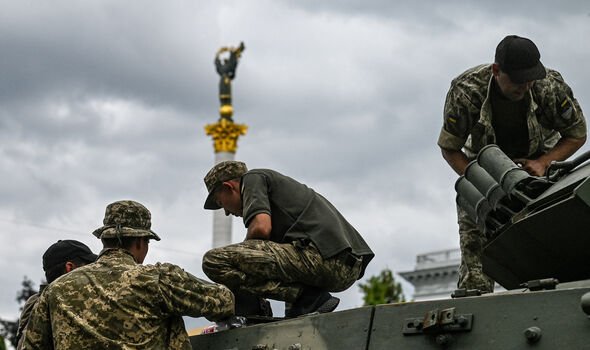 The United States on Tuesday urged its citizens to leave Ukraine, saying it believed Russia was preparing to target civilian and government infrastructure in the next few days.

The warning followed a ban by the Ukrainian government on celebrations in the capital Kyiv on Wednesday’s anniversary of independence from Soviet rule due to fears of attack.

Leaders of dozens of countries and international organisations were due to take part on Tuesday in the so-called Crimea Platform in solidarity with Ukraine on the Russian invasion’s six-month anniversary. Most would do so by video.

“The Department of State has information that Russia is stepping up efforts to launch strikes against Ukraine’s civilian infrastructure and government facilities in the coming days,” the embassy said in a statement. 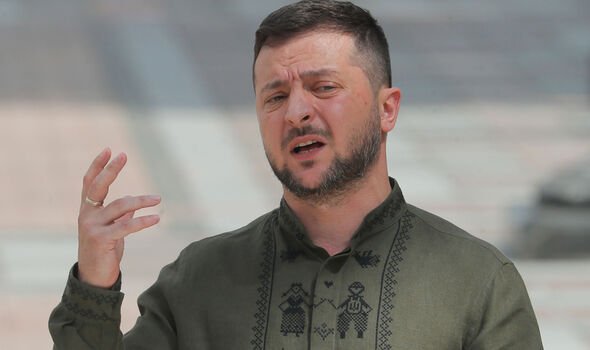 US citizens should leave Ukraine “now” by their own means if it was safe to do so, it said.

Ukrainian President Volodymyr Zelensky has also said Moscow could try “something particularly ugly” in the run-up to Wednesday’s anniversary.

Kyiv is far from the frontlines and has only rarely been hit by Russian missiles since Ukraine repelled a ground offensive to seize the capital in March.

The mood in the city remained calm on Tuesday, with many people still wandering the streets with smiling faces, but signs of the increased threat could be felt.

Authorities have told Ukrainians nationwide to work from home where possible from Tuesday to Thursday, also urging people to take air raid warnings seriously and seek shelter when sirens sound.

The Kyiv city administration banned large public gatherings until Thursday, fearing that a crowd of celebrating residents could become a target for a Russian missile strike.