Some Floridians have decided to ignore the state's evacuation orders and ride out Hurricane Ian at home, which made landfall on Wednesday afternoon as a Category 4 storm that has already caused catastrophic damage.

Debbie Levenson, a Fort Myers resident, takes hurricanes seriously, but she and her family are trying to remain calm and do what they need to do to ride out the storm.

"You get your supplies, make sure you have flashlights [and] do your laundry ahead of time in case you lose power," Levenson told ABC News. "We bought bottled water and wine. We put gas in the car."

Levenson is one of the more than 1 million Florida customers who have already lost power as Ian slams the state, bringing powerful winds and a dangerous storm surge. 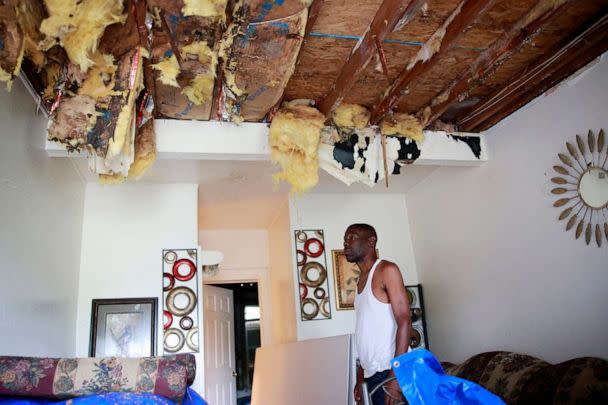 "There is a lot of wind and not a lot of rain," she said.

"It's unbelievable. There's a house sitting in our front yard, where we're at. It's stuck by a power pole," Orlandini said. He said his car floated away.

Orlandini said he decided to ride out the storm because he thought it would move farther north.

He said generally feels safe, but he's worried about the windows in his house, because the wind is about the max he thinks the windows can take.

"It's getting scary," he said.

Denise Hudson, who lives in Coral Gables, told ABC News that she's ready for the worst, but hoping for the best, as she buckles down as Hurricane Ian hits the area. 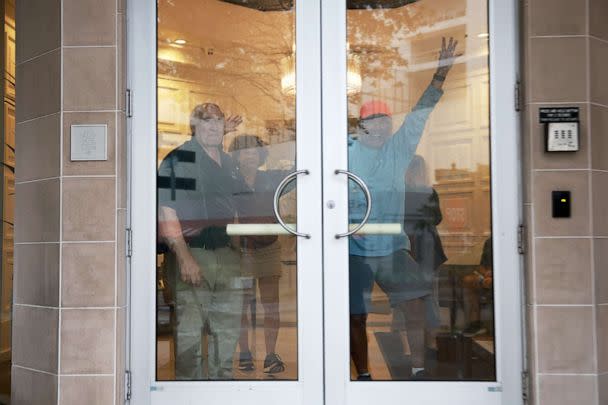 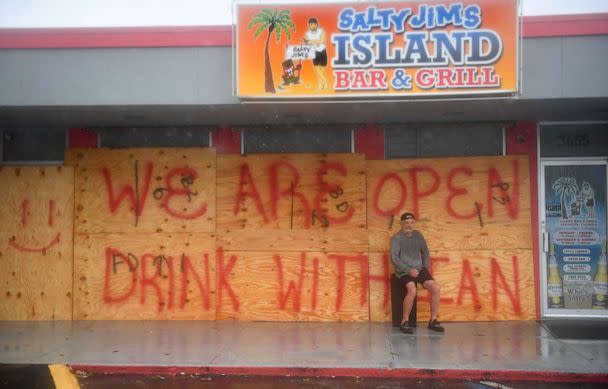 Heavy winds caused debris to fly near Hudson's home and even knocked down a palm tree in her backyard. 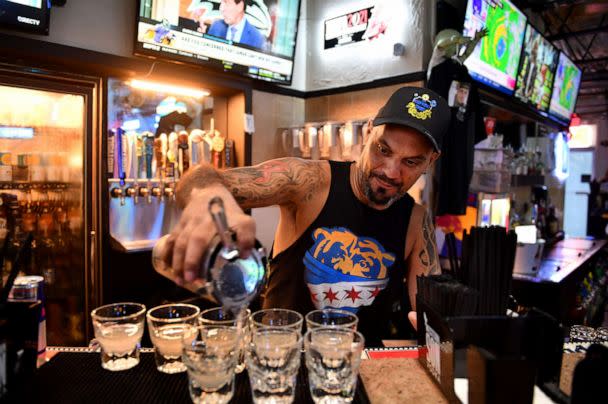 Vanessa and Tim Lahaie are riding out the storm, alongside their 9-year-old daughter, in Seminole, Florida, they told ABC News.

"Right now, it's pretty calm, but we've seen the winds kind of ramp up as the evening's gone on, so, we know we're in store for a longer night," Tim Lahaie said.

Ian made initial landfall on a barrier island near Cayo Costa just after 3 p.m. on Wednesday.

Those who didn't evacuate Hurricane Ian describe what it's like to ride out storm originally appeared on abcnews.go.com