The latest blast shook an apartment block in the early hours o Wednesday, with local cops receiving calls at 1.16am, according to local media.

It comes just a couple of days after two gun murders and a man reportedly shouting “I have a bomb” being fired on by police at the central train station in the city.

Security has been ramped up in the city and national bomb protection units and forensic scientists were scrambled to the blast the site last night.

Swedish newspaper Kvällsposten published photos of damage to the stairwell, windows, and door of the block, caused by the explosion in the central district of Rosengård, which has become known for violent and organised crime.

Nils Norling, a press officer for the city’s police force, told the publication the latest blast was more serious than the two earlier incidents. 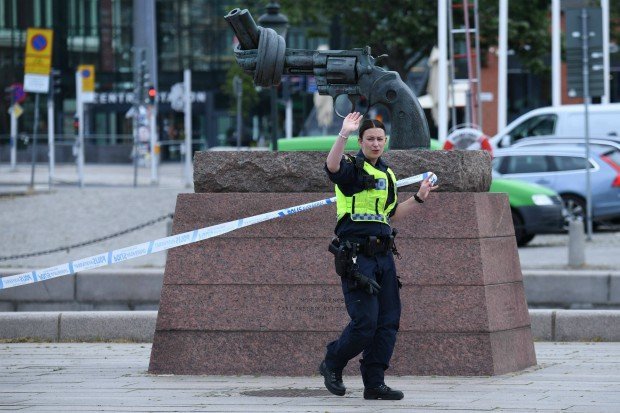 “No one was injured and there was no fire, but police are of course still there,” she added.

The two other explosions came on Monday night, one in a tower block stairwell in Rosengård and the other at a nightclub in Adelgatan, opposite the Central Station where the shooting happened.

On Wednesday morning, Justice Minister Morgan Johansson said there would increase the resources available to Malmö’s police following the attacks.

“There are no short cuts. We need to get them behind bars, one by one,” he told Swedish Radio. 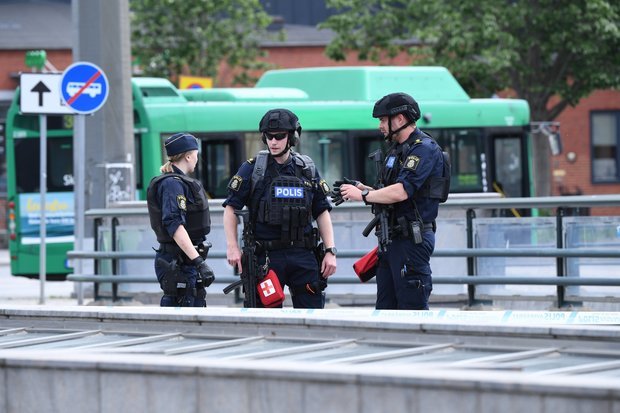 “There will be more tools available to the police.”

In recent years, Sweden has seen a rise in urban violent crime with a particular problem with the cars being set alight and hand grenade explosions.

There were fewer than five hand grenade explosions in 2014 but at least 20 in 2017, and a further 39 grenades were seized by police.

Father, 27, dies of cancer after having to 'beg' for an MRI scan

UK court backs Meghan in dispute over privacy with publisher

Twisted dad who threw daughter, 1, off roof walks free from court with just a fine