THREE people have been shot inside the Circus Circus casino on the Las Vegas Strip as cops launched a manhunt for the gunman.

Shocking video shows the moment shots are heard as several people can be seen brawling inside the busy amusement complex. 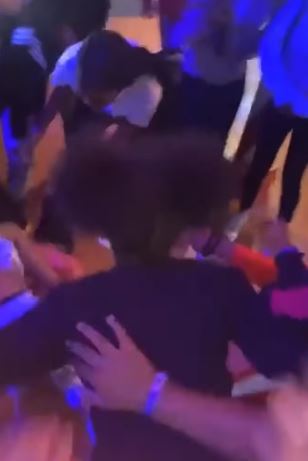 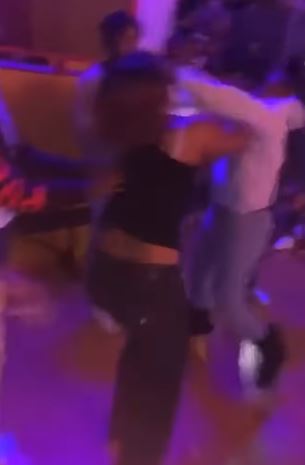 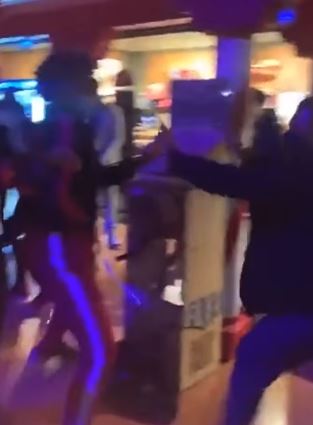 Bystanders can be heard shouting and screaming in the clip before three shot ring outs and crowd scatters.

A large group of woman appear to be fighting in the video, with some of them scuffling on the floor of the casino.

The camera then pulls back and two women can be seen throwing punches and kicks at each other in the pink glow of the neon lights.

And then cameraman turns around and at least two men can also be seen brawling amid the screams.

Without warning, three gunshots then ring out and the crowd appears to flee in horror after the incident at 7.30pm on Saturday.

The victims were sent to University Medical Center where they are currently stable.

Vegas cops launched a massive manhunt for the shooter, and eventually arrested the suspect around three hours later at 10.30pm.

Police believe the shooting was triggered by a fight between two groups inside the Adventuredome amusement park attached to Circus Circus. 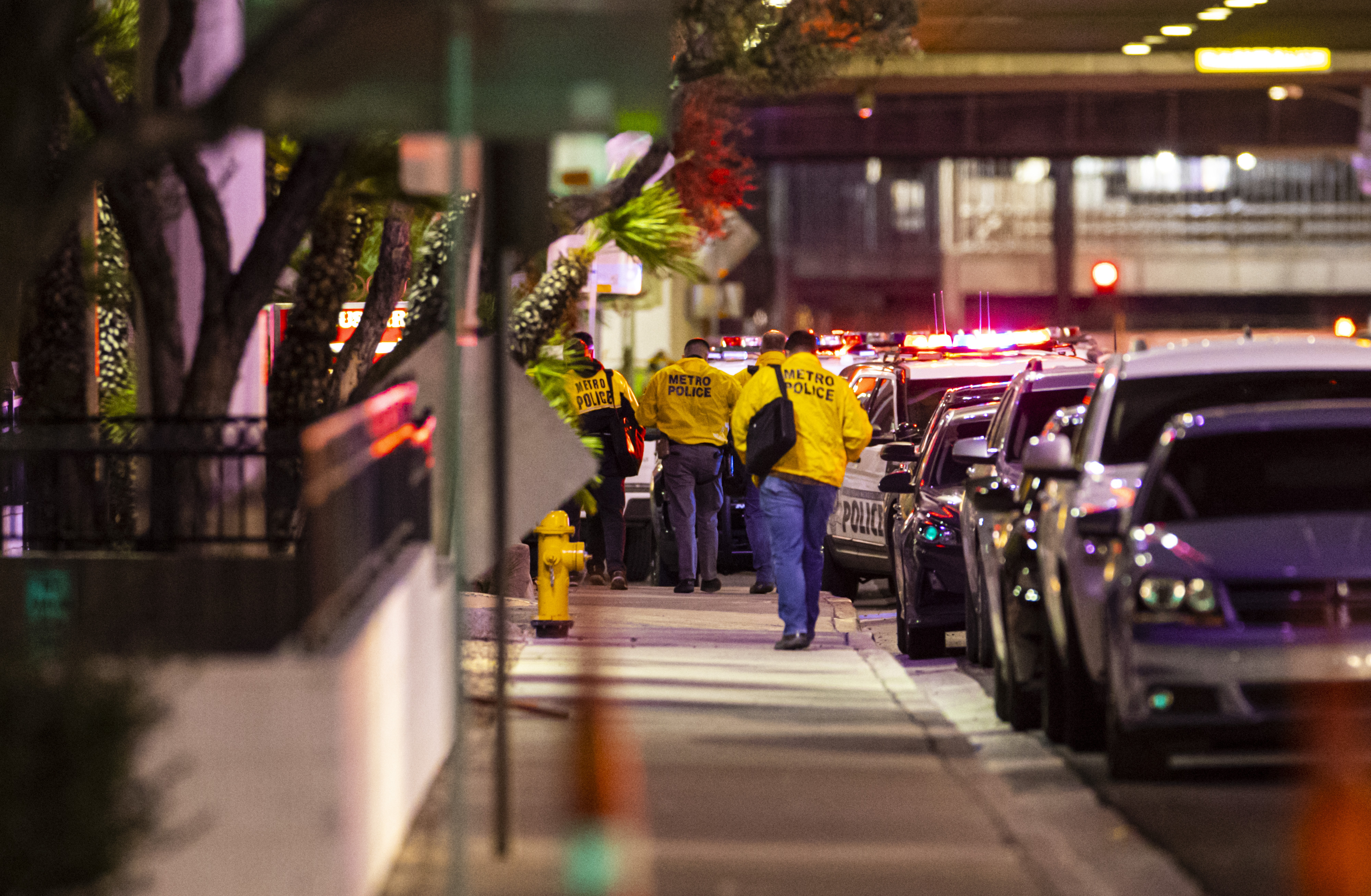 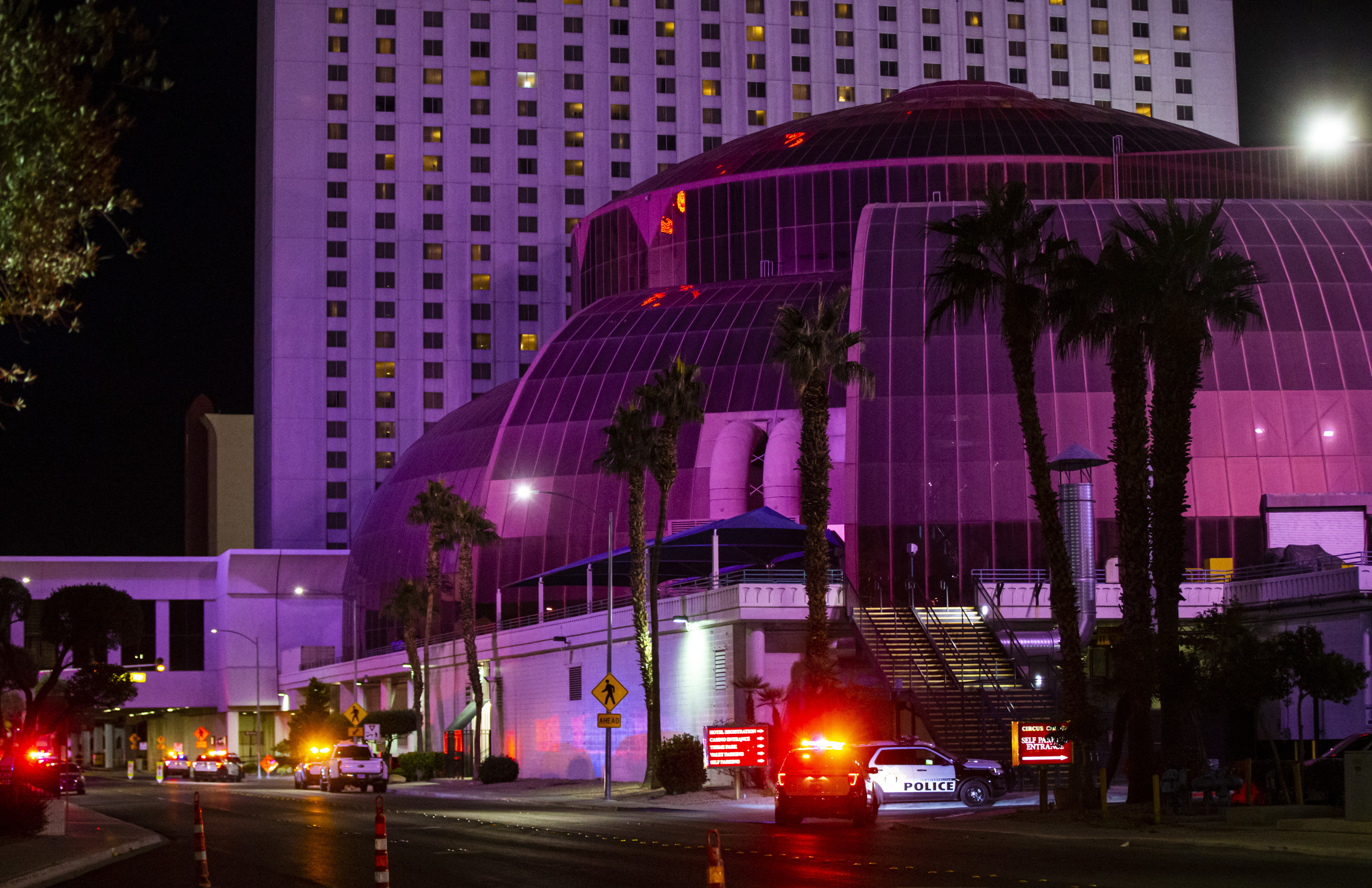 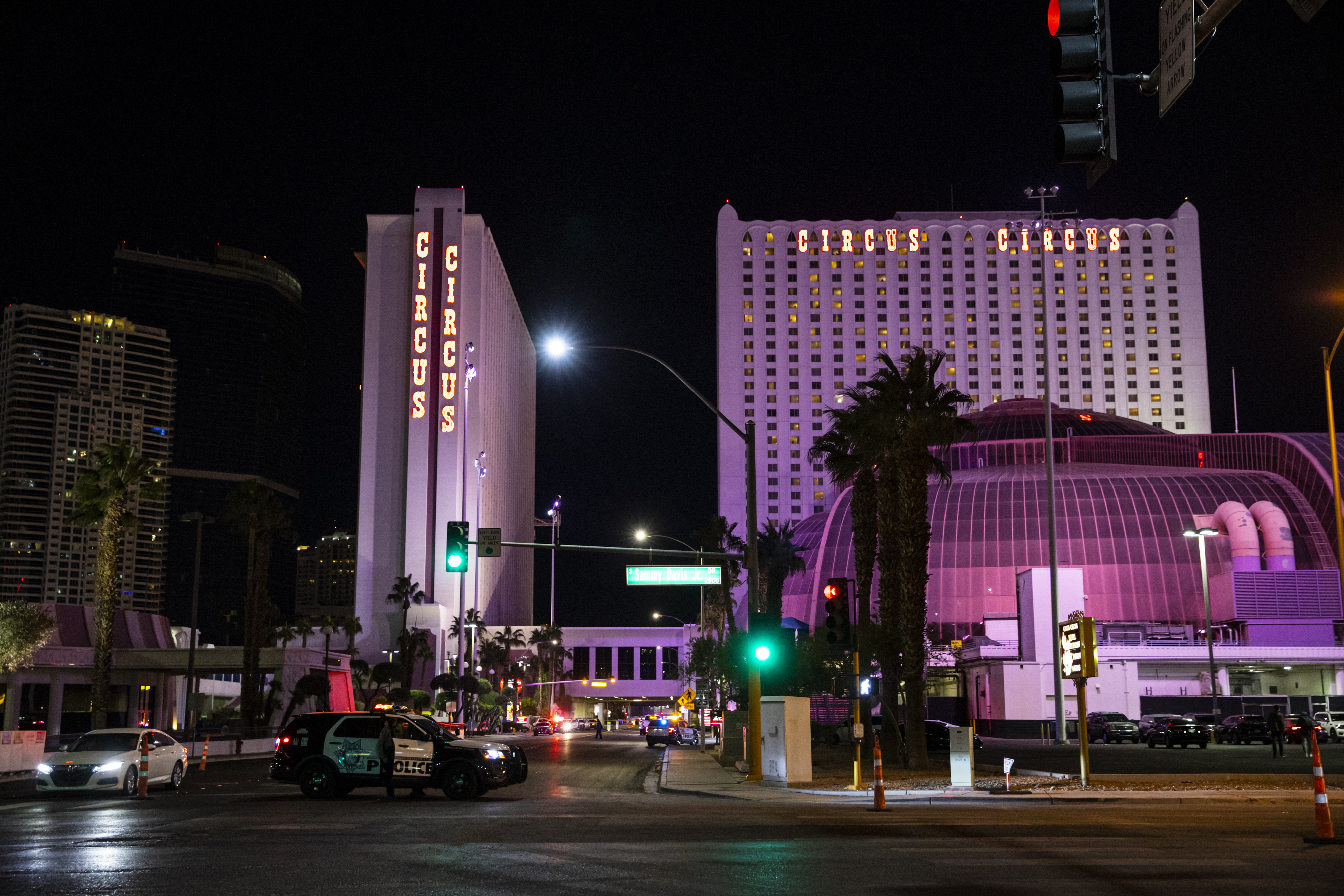 Captain. Dori Koren told the Review Journal: "This was not an active shooter and we do believe there is no further threat at this time to anyone else in the public."

He explained detectives believe the shooting was the culmination of a fight – and declined to give any further details of those involved aside from describing them as "young people".

The scene remained active for hours after the shooting as police cruisers blocked off entrances to the casino.

Capt. Koren said cops are probes what started the fight and are combing through CCTV video, reports the Las Vegas Sun.

The shots are the first to ring out since early October as cops have been working to curb violence on the Strip.

Police had to deal with a string of brawls and shootings after the popular tourist attraction reopened following an easing of coronavirus restrictions.

Capt. Koren explained tourism activity has increased while violence has begun to decrease – and said the Strip was still being patrolled by extra officers.

Cops are "working very hard to get Vegas back to where it was before we shut down and before all the other issues in 2020 came up" but its "not enough yet".

Will UK driving licences be valid in Europe after Brexit and what's an International Driving Permit?