An 11-year-old boy has admitted to raping a toddler after being confronted by the girl’s mother.

The shocking sex attack happened in the city of Dehradun, India on Tuesday while the girl’s parents were at work.

It is claimed that the boy has been taken to a juvenile home while the toddler, aged three, is supported by child welfare services.

According to a police complaint filed on Wednesday, the young girl had been left at home with her two siblings, aged nine and seven, while her parents went to work. 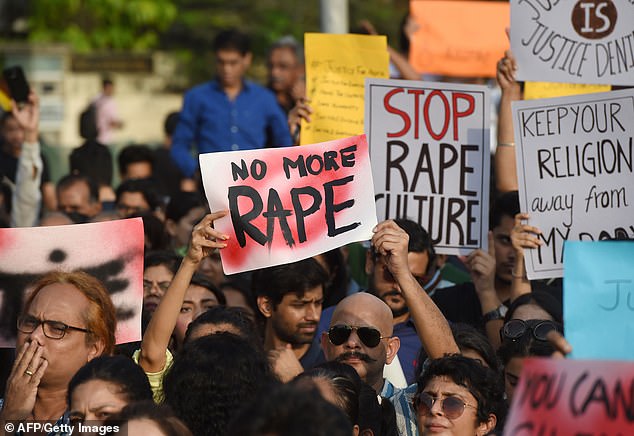 The rape of a three-year-old toddler by an 11-year-old boy has shocked the community in Dehradun, India. The south Asian country has been blighted with problems over sexual violence

The girl’s mother is a domestic help and her father works in a hotel on Rajpur Road, according to the Times of India.

It has been reported that the accused boy then lured the girl to his home next door with sweets, before allegedly raping her.

When the girl’s mother returned home, the distressed toddler told her what had happened.

The woman then confronted the boy, who admitted to forcing himself on the girl.

Dalanwala police station received a formal complaint the next day. 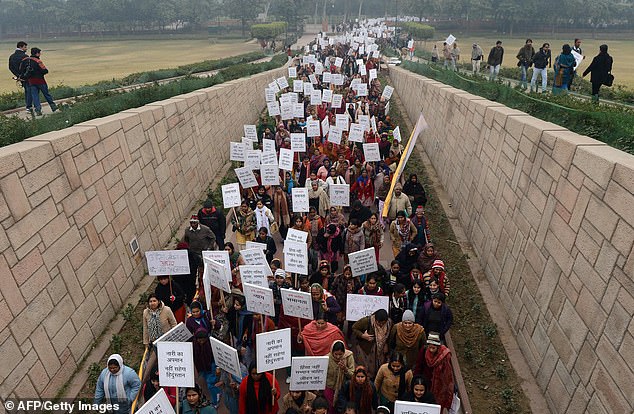 Officer Shweta Choubey told TOI: ‘(A) medical test of the girl was done on Thursday and the statement will be recorded on Friday.

‘It is still too early to comment further (on the case) as the matter is still being probed.’

Choubey also said that the Child Welfare Committee had been informed, and that the boy has been taken to a juvenile home.

A series of brutal rapes has shocked India in the last decade, reaching a peak in 2012 when a 23-year-old woman died following a sex attack by four men on a bus in New Delhi.

In response to public outrage, India’s Cabinet passed an executive order to make the rape of a child under 12 punishable by death.