Delhi: A poacher accused of killing at least 70 endangered Bengal tigers has been caught in Bangladesh after evading arrest for 20 years.

Habib Talukder, 50, nicknamed “Tiger Habib”, was arrested in the early hours of Saturday from a village next to the Sundarbans mangrove forest in the southern Bagerhat district. He is said to have turned poacher after starting out as a collector of wild honey. 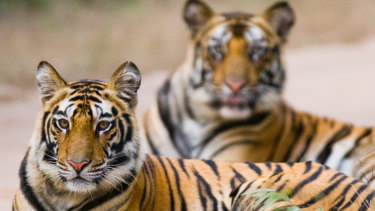 Saidur Rahman, the Sharankhola police chief, said: “He lived next to the forest area and would take advantage of dense foliage to escape from our net. This time, we had specific information about his location and he ran out of luck. He was known for his hunting skills and was listed as a most wanted fugitive for police and forest officials.”

Talukder was brought before a court that sent him into judicial custody after police formally charged him for the hunting of three tigers and five deer, the official said.

Muhammad Joynal Abedin, the assistant conservator of forests of Sharankhola range, said Talukder had confessed to the killing of at least 70 tigers.

“He was on the run for a long time. There are nine cases of forest crimes registered against him,” Abedin said.

Talukder would secretly enter the Sundarbans and hunt wild animals despite having being banned from entering the forest long ago, he added.

Talukder is believed to have links with gangs that operate across the Sundarbans, poaching wild animals and profiting from selling their pelts, bones, teeth and raw meat on the black market, Abedin said.

On the Indian side of the Sundarbans there are 103 Bengal tigers, which are the only tigers that inhabit mangrove forests.