A SHOOTING at a Texas high school reportedly left "multiple victims" injured as students and staff are on lockdown.

The Mansfield Police Department responded to the scene at Timberview High School in Arlington, Texas, on Wednesday. 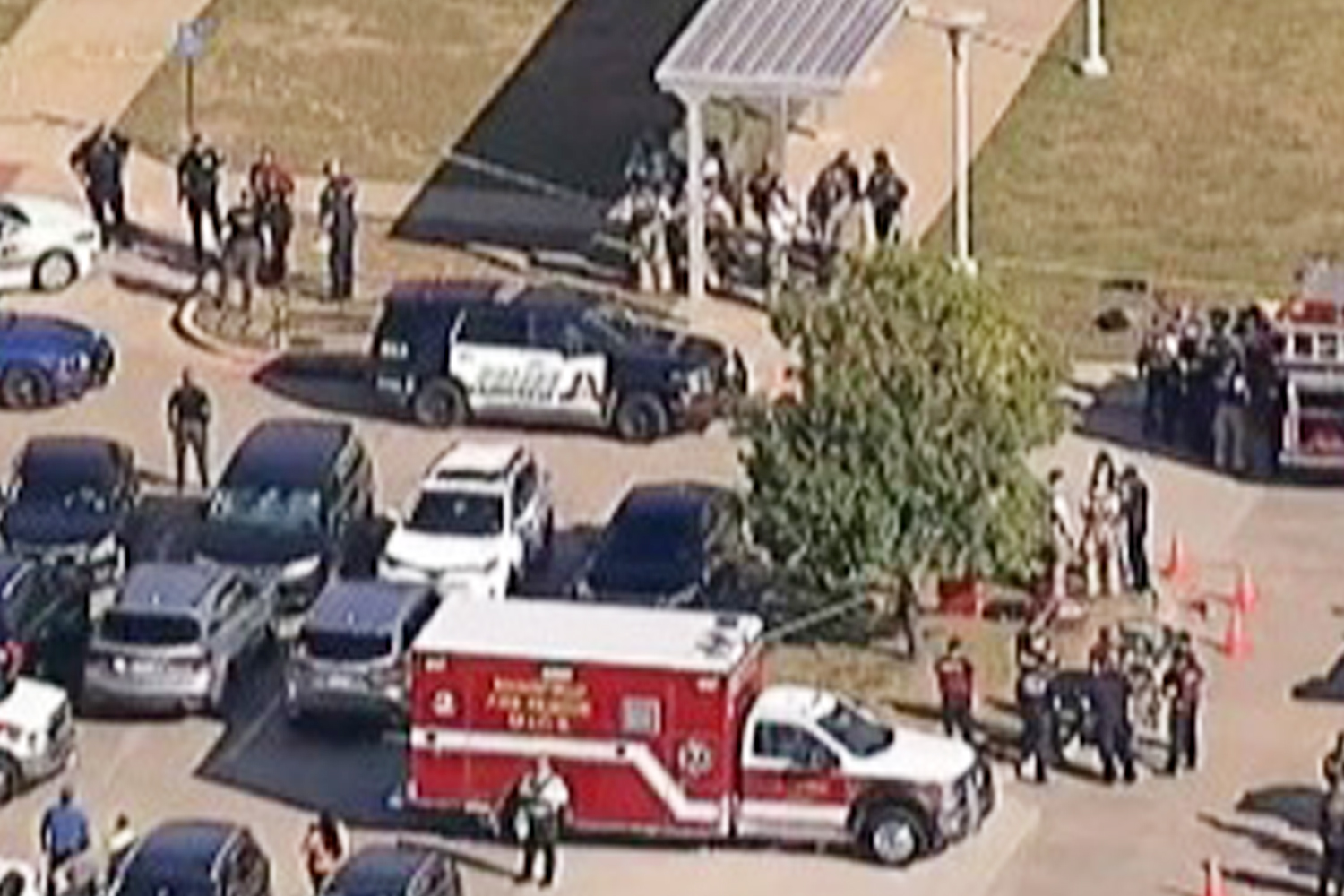 According to reports, "multiple victims" were injured in the shooting; however, police have not confirmed the exact number.

The Arlington Police Department confirmed they were on the scene and are doing a "methodical search" of the entire school.

A person claiming to be a teacher at the high school shared a Facebook post showing his classroom door barricaded with chairs and desks.

The alleged teacher captioned the post: "Shots fired at Timberview HS in Mansfield ISD in Arlington, TX. Right in the middle of my discussion of the Battle of Yorktown. The shots were fired just down the hall from our classroom. Our classroom door is barricaded."

The person’s identity and position have not been confirmed.

The school district confirmed the scene is still an active investigation.

According to the school district, the facility is on lockdown, and students and staff are locked in their classrooms and offices.

According to reports, a person with a weapon is believed to have been on the campus of Timberview High School.

Police and school officials are asking the public to avoid the area as roads around Timberview High School are closed off.

Parents are being asked to stage at the student nutrition center at 151 Mansfield Webb Road.

The district will then work to bus students from the high school to the location.

Timberview High School is a part of the Mansfield Independent School District.

Northern Irish DUP: PM May must ditch the backstop to get our support