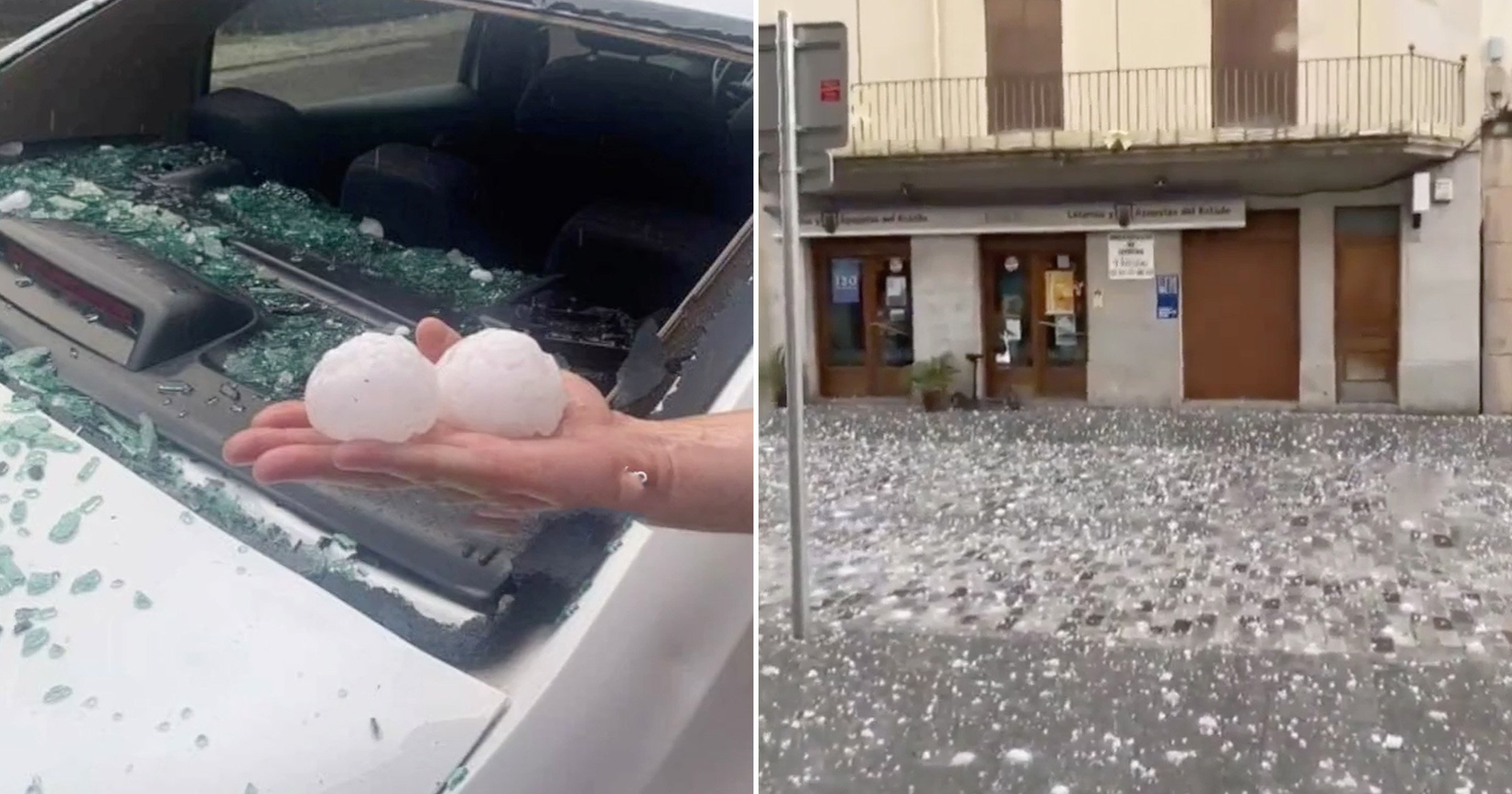 A toddler has died after being hit by a huge hailstone during a storm in northern Spain which left 30 people injured.

Stones the size of tennis balls were crashing down and smashing people’s windshields around the Catalan town of La Bisbal de l’Emporda yesterday.

A 20-month-old girl was rushed to Josep Trueta Hospital in the city of Girona but died hours later. A woman remained in the same hospital today due to injuries she suffered in the devastating hailstorm.

Most of the other 28 people who needed medical treatment are said to have suffered head injuries, or cuts from the ice that needed stitches, as well as broken bones.

Catalan weather chiefs said the hailstones that fell in the area were the largest in 20 years. The nationality of the toddler who died, and where she was when she was hit, is not yet known.

The deadliest-known hailstorm in history lashed the Indian city of Moradabad in 1888 – killing nearly 250 people with hail the size of oranges.

The record for the largest hailstone is one that fell in Vivian, South Dakota in 2010 – weighing around 878 grams and measuring nearly eight inches in diameter.

Tourists travelling to Spain were warned earlier this month they could be caught up in rare Mediterranean hurricanes.

Experts said the risk of tropical-like cyclones, known as medicanes, had increased with this year’s record heat waves and the rise in sea temperatures blamed on global warming.

‘Sea temperatures this autumn are expected to be higher than normal and if the necessary atmosphere conditions are in place, it would not be unreasonable to think the Mediterranean could harbour a medicane this year.’

Torrential rain, terrifying lightning storms and flash floods in September 2019 which battered the provinces of Alicante and Murcia, claimed the lives of seven people.