Home » World News » Too much screen time can make you nag and yell more, researchers say

Get off your phone if you want to be a good parent! Too much screen time can make you nag and yell more, researchers say

Mums and dads who spend too much time on their smartphones are more likely to be bad parents, a study has claimed.

Those dealing with a stressful household often turned to social media to relax – but this in turn would only make them nag and yell more, researchers found.

They questioned 549 adults, who had at least two children aged five to 19, on their use of digital media, mental health and parenting practices.

The study revealed that as parents increasingly used social media to retreat from spending time with their family, the worse their parenting became.

Such negative parenting behaviour – such as ‘nagging or yelling’ – was also more likely to increase when ‘technology interrupted family interactions’, it found. 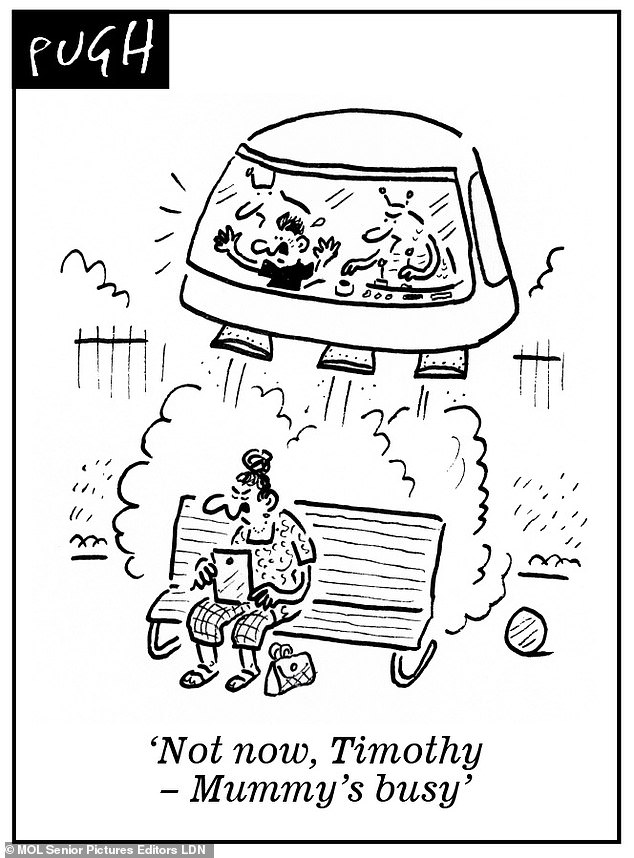 Mums and dads who spend too much time on their smartphones are more likely to be bad parents, a study has claimed

A vicious cycle was created in which parents with higher levels of stress were more likely to turn to their devices to relax.

However, not all parents’ social media use was negative, with researchers finding it could lower anxiety and depression by maintaining friendships.

It also resulted in ‘positive parenting techniques such as listening to their children’s ideas and speaking of the good their children do’.

Lead author Jasmine Zhang, from the University of Waterloo, in Canada, told the journal Computers in Human Behaviour: ‘All members of the family matter when we try to understand families in a society saturated with technology.

‘It’s not just children who are often on devices. Parents use digital media for many reasons, and these behaviours can impact their children.’

The study was carried out at the start of the pandemic.

In 2018, a survey found that 46 per cent of mums and dads were addicted to their smartphones.

Carried out by Common Sense Media, it looked at screen time addiction among 13 to 17-year-olds in the UK and their parents.

Half of both teens and parents admitted they got distracted by their mobiles at least once a day, with disputes over screen time the third most common cause of conflict between them.

Yet 86 per cent of parents said their teenager’s use of a mobile device had not harmed – or had even helped – their relationship, while 97 per cent of the youngsters said the same of their parents’ mobile use.

Wife of Afghanistan soldier reveals her pleas for help were ignored