Prominent real estate agent Ross Savas, who has brokered record deals for some of Melbourne's most prestigious homes, has intervened to block the release of details about a civil case brought by a former female employee against his agency.

Mr Savas, the managing director of Kay & Burton, had intervened in a Magistrates Court proceeding to oppose an application by The Age to obtain a statement of claim filed by the plaintiff, who worked at the firm's Brighton office until last year. 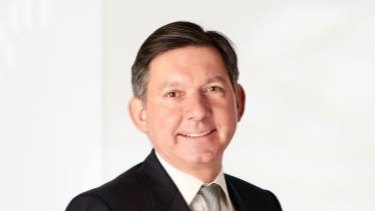 Kay & Burton settled the matter with the plaintiff just days before The Age's lawyers made submissions to Magistrate Brian Wright for the documents on August 13.

Ross Gillies, QC, was also due to appear on behalf of Kay & Burton at a hearing before the Australian Human Rights Commission, which was also abandoned after a settlement was reached.

Mr Mukerjea argued in the court that the release of the statement of claim could potentially damage Mr Savas' standing.

"To permit such access would constitute a substantial intrusion into the privacy of the litigants who have elected to resolve the matter quickly and could cause quite substantial damage to Mr Savas’ reputation," Mr Mukerjea said.

On Thursday, Mr Wright found the Magistrates Court had the authority to release documents to the media, but denied the request because there had only been two brief court hearings before the matter was settled.

Mr Wright said Mr Savas' reputation also needed to be taken into account, but rejected an application by his lawyer for costs.

Lawyer Lee Flanagan from Arnold Thomas and Becker declined to discuss the terms of the settlement agreed to by his client.

According to Mr Savas' online profile "he is widely recognised as one of Australia's most influential agents".

"The relationships he has cultivated and nurtured over the years have provided the business with an enviable private client database," according to the Kay and Burton website

In 2010, Mr Savas set a record for the state's most expensive residential property, when he sold a mansion on the Portsea clifftop called Ilyuka for $26 million.

Mr Savas told The Good Weekend magazine in 2011 that negotiating the sale of a multimillion-dollar mansion was significantly different to selling a suburban home.

29 injured after bus travelling from Paris to London flips over