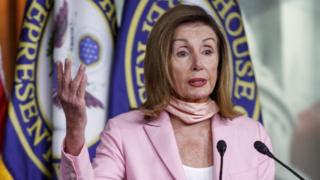 Dr Birx responded that she always based her decisions on scientific data.

She is a leading member of the task force, working alongside infectious diseases chief Anthony Fauci.

Mr Trump has regularly drawn criticism for his claims about Covid-19, many of which have been proved to be false.

What did Pelosi say?

Ms Pelosi made the comments on ABC’s This Week programme, in response to a question about a report on the Politico website that she had criticised Dr Birx in a meeting with other administration officials.

“I think the president has been spreading disinformation about the virus and she is his appointee, so I don’t have confidence there, no,” Ms Pelosi told ABC.

“Deborah Birx is the worst. Wow, what horrible hands you’re in,” she is quoted as saying to them. She also described Dr Fauci as a “hero”.

Dr Birx told CNN’s State of the Union she respected Ms Pelosi, and thought the criticism was triggered by a New York Times article which suggested she was too ready to embrace overly optimistic assessments about the pandemic.

“This was not a pollyannish view. I’ve never been called pollyannish, or non-scientific, or non-data driven,” she said. “I will stake my 40-year career on those fundamental principles of using data to implement better programmes and save lives.”

Why are Trump’s comments under scrutiny?

Dr Fauci has clashed with Mr Trump over the use of the drug hydroxychloroquine, which the president has promoted as being effective in fighting the virus.

There is no evidence of this, and regulators warn the drug may cause heart problems. 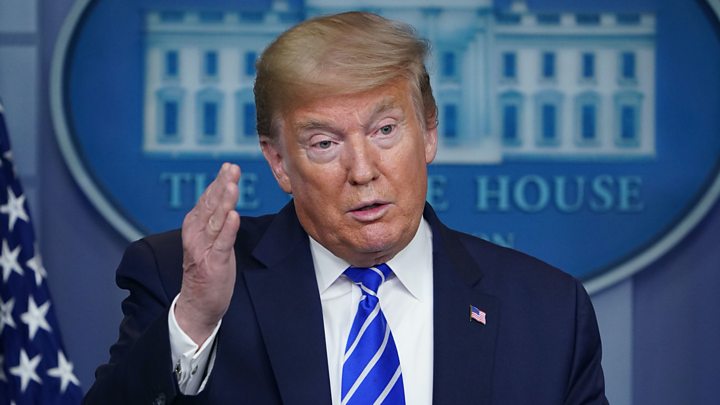 Mr Trump has also discussed irradiating the bodies of coronavirus patients with ultraviolet light, a concept which Dr Birx said could not be applied as a treatment.

The US continues to have the highest number of cases of coronavirus in the world – more than 4.6 million – and more than 150,000 people have died with the virus there, more than in any other country.