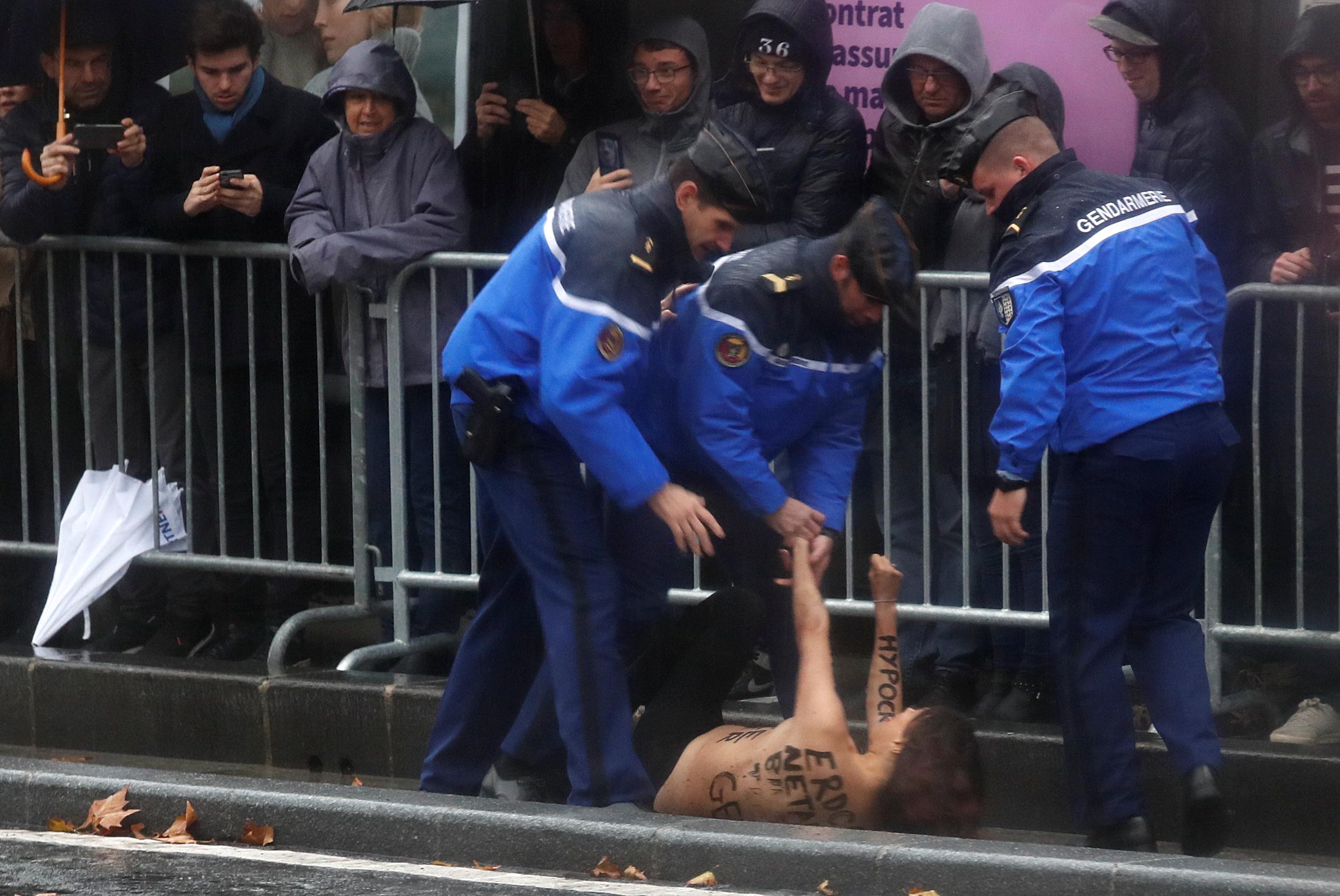 PARIS (Reuters) – A topless female protester with “Fake Peacemaker” scrawled across her chest ran at the motorcade carrying U.S. President Donald Trump along the Champs Elysees in Paris ahead of a ceremony on Sunday to mark the end of World War One.

She came within a few meters of Trump’s motorcade before she was apprehended by police, in an incident that is likely to raise questions about security at the event attended by some 70 world leaders.

The radical feminist activist group Femen, based in Paris, said it was behind the stunt. Femen frequently carries out shock protests against sexism, racism, homophobia and other social and political issues.

Paris police said they detained two people over the incident.

What time is Clap for Boris tonight? – The Sun