Tory MP who asked questions in Parliament warning ministers not to crack down on gambling is paid £24,000-a-year by betting industry body 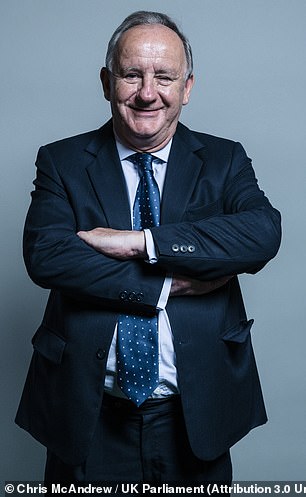 Conservative MP Laurence Robertson, who is paid by a betting industry body, has spoken out on the Government’s gambling review

A Conservative MP who is paid £24,000 a year by the betting industry has spoken out against the introduction of tougher laws on gambling.

Laurence Robertson, the MP for Tewkesbury, is paid the fee of £2000 a month for 10 hours work advising the Betting and Gaming Council, an industry body which lobbies on behalf of gambling companies and bookmakers.

His role is described as ‘parliamentary adviser on sport and safer gambling’.

But the 63-year-old, who denies any conflict of interest and insist his actions are completely transparent, has spoken out against new gambling laws on at least three occasions in parliament.

In December last year, when a review of gambling laws was announced, Mr Robertson reacted by reminding MPs of ‘enormous contribution that betting companies make to horse-racing’.

He estimated its value to be £350 million a year and said this was ‘a very large amount to that sport’ without which it would not survive.

According to the Times, Mr Robertson warned ministers in July this year that there is a ‘great danger’ that tougher laws could lead to players using the black market and suggested that there is not enough evidence to warrant greater regulation.

In September this year, Mr Robertson urged minister Chris Phelp to ensure the gambling review currently being undertaken by the Government was ‘evidence-based and evidence-led’.

On two of the occasions, he prefaced his remarks by noting his registered interests to MPs.

It comes amid heightened scrutiny over MPs and second jobs which have been in the spotlight since the resignation of Owen Paterson who was found to have broken lobbying rules while working for two firms that paid him more than £500,000. 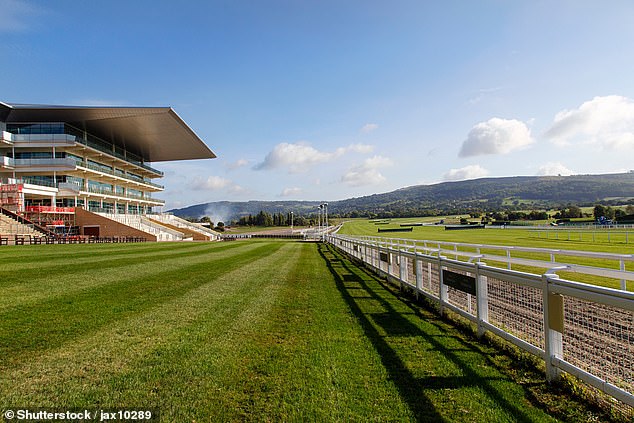 Mr Robertson reacted by reminding MPs of ‘enormous contribution that betting companies make to horse-racing’. Pictured: Cheltenham Racecourse which is located in his constituency

A review by the standards committee is looking at banning MPs from working as consultants as Boris Johnson said they should concentrate on their constituencies.

Fresh scrutiny has been applied after the Daily Mail revealed this week former attorney general Sir Geoffrey Cox has earned hundreds of thousands of pounds from a second job that saw him vote in Parliament remotely from the Caribbean.

Chris Bryant, Labour chairman of the Commons standards committee, yesterday confirmed that a report on the MPs’ code of conduct this month is set to make recommendations on second jobs.

He said the report would consider a recommendation from the committee on standards in public life that MPs should be banned from taking consultancy jobs that involve lobbying.

Some 30 MPs earn thousands of pounds extra a year for work as consultants. The outside earnings of several dwarf their Commons salary of £81,932 a year. 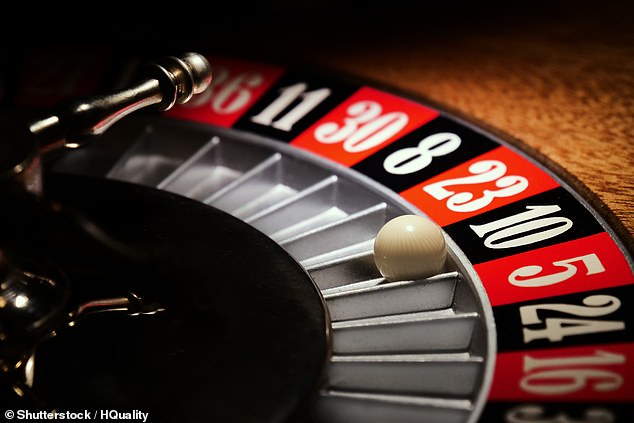 Mr Robertson, who denies a conflict of interest, said tougher gambling restrictions could encourage more gamblers to use the black market when speaking at Parliament this year

The UK betting industry has seen revenues surge to £14.5billion a year thanks to lax regulation and the growth of gambling on smartphones.

Measures being proposed include a ban on betting advertisements on football shirts and caps for stakes on online platforms.

A spokesman for the BGC told the Times: ‘Laurence Robertson is a strong advocate of big changes in the betting industry. His appointment is consistent with the strict parliamentary rules and has already been declared, so it is fully transparent.’

Mr Robertson, who was first elected in 1997, told the newspaper: ‘I have taken advice from the standards commissioner and the arrangement is fully covered by a contract.

‘I have also referred to the register of interests every time it has been appropriate and therefore do not believe any conflict exists, and I will continue to observe the strict parliamentary rules on these matters.’