Tourism Australia has removed a job advert that sparked outrage online for offering to pay workers with lunch.

The paper listing, which was hung in a youth hostel, encouraged people to apply for two positions in a promotional shoot taking place in Canberra.

‘There is such thing as a free lunch,’ the advert was titled in bold text.

‘Tourism Australia want two people to join us as the stars of a fun photo/video shoot through Canberra.’ 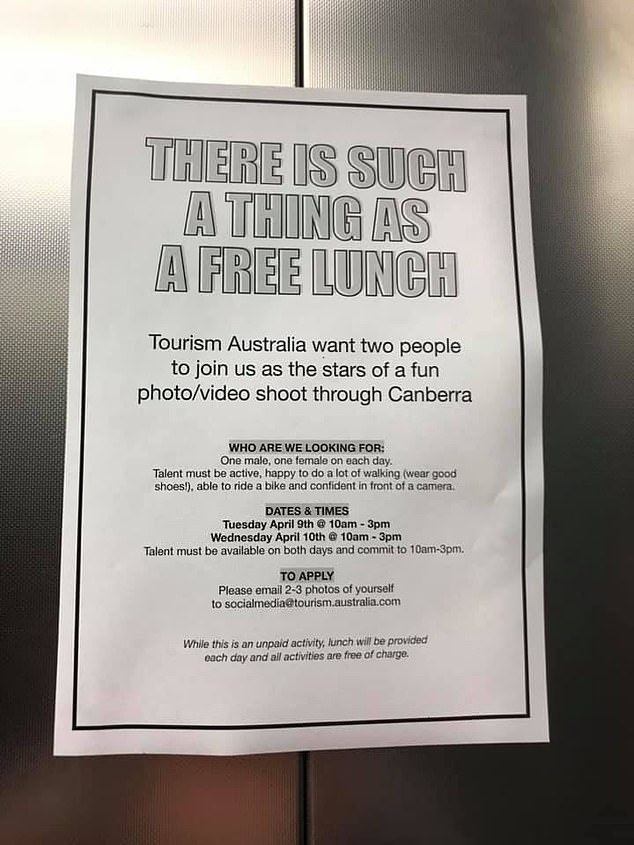 The advertisement was looking for one male and female on Tuesday and Wednesday between 10am and 3pm.

‘Talent must be active, happy to do a lot of walking (wear good shoes!), able to ride a bike and confident in front of a camera,’ the listing continued.

Applicants were urged to apply for the role by sending two or three pictures of themselves to the Tourism Australia social media team.

The advert concluded by acknowledging the job was unpaid.

‘While this in an unpaid activity, lunch will be provided each day and all activities are free of charge,’ it says.

The Media Entertainment and Arts Alliance (MEAA) shared the controversial job advert to Twitter and Facebook, with the caption: ‘Does ten hours’ work for a free lunch sound like a fair deal?’ 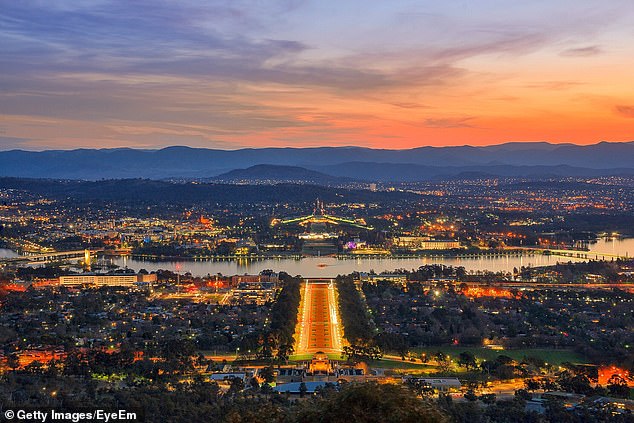 The post was met with frustration by social media users who questioned the unpaid work.

‘Can you let me know what the lunch is? I’ll talk to my bank and see if I can pass on the free lunch instead of my mortgage payment,’ one person wrote.

‘Surely there is some sort of law that says if you are using government funding to cover a project, that people working on the project must be paid?’ commented another.

The Australian Government says unpaid work can occur in the workforce, including:

Other viewers suggested the lunch was not ‘free’ as the stars of the shoot would be working for the feed.

‘How generous of them not to charge the talent to partake in the activities,’ another comment read.

A Tourism Australia spokesman told Daily Mail Australia the poster should not have been created and it did not reflect their normal practices around the use of talent.

‘This is only something we became aware of on Tuesday night,’ the spokesman said.

‘We immediately asked for the poster to be removed.

‘The request is certainly not in line with our normal social media team practice and was a one off mistake.

‘It has been our long held practice that talent involved in shoots are paid for their work.’

The spokesman said the poster had been removed as soon as the issue was brought to the team’s attention and confirmed they did not receive any applications from the job listing.

Tourism Australia was in Canberra to capture footage of local tourism experiences for a youth campaign. 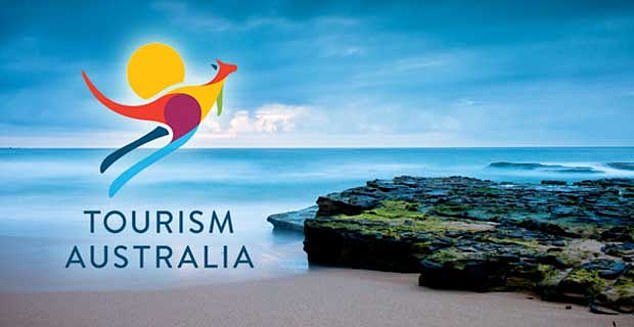 A Tourism Australia spokesperson confirmed the poster has been removed