‘He changed during lockdown. I knew I was going to lose my dad’: TOWIE star Kirk Norcross smashed into family’s Essex home with a hammer to find his father Mick dead inside, as inquest hears celebrity was depressed and running out of money

TOWIE star Kirk Norcross found his father Mick hanged in his Essex mansion after smashing his way in through windows with a hammer having predicted his suicide a week earlier because of money worries and the stress of lockdown, an inquest heard today.

Mr Norcross, who had been the beloved owner of the Essex nightclub Sugar Hut, was found dead in his home in Brentwood Road, Bulphan on January 21 this year aged 57.

His death led to an outpouring of grief from his family, friends and fellow TOWIE stars who revealed he had been depressed and was losing huge sums in various property developments. He sold three cars, secured a loan against his family home and cashed in his private pension, his girlfriend said, adding: ‘He believed he was being conspired against’.

CCTV showed a worried Kirk arriving at his father’s house at around 3pm – an hour after Mick was last seen – first using a ladder to look into a bedroom before running to grab a hammer and smash his way through several windows.

After Mr Norcross was found and paramedics arrived, CPR was started and continued for some time at the scene ‘to no avail’, police called to the scene told this afternoon’s hearing.

Kirk told the coroner at the Chelmsford inquest today that he had prayed for his father and even bought him some lottery scratchcards to give him ‘hope’ he could beat financial problems that saw him owe more than £2.3million in loans and other debts.

His son also said that Mick ‘changed’ during the first Covid-19 lockdown, saying: ‘He seemed down and depressed and seemed to have black cloud over his head’.

Kirk even predicted to a friend that his father might end his life and said: ‘I might lose my dad this week’, having heard his dad tell partner Samantha Keahey: ‘I don’t think I am going to get through this Sam’. And hours before his death, Mick tweeted: ‘At the end remind yourself that you did the best you could. And that is good enough’. 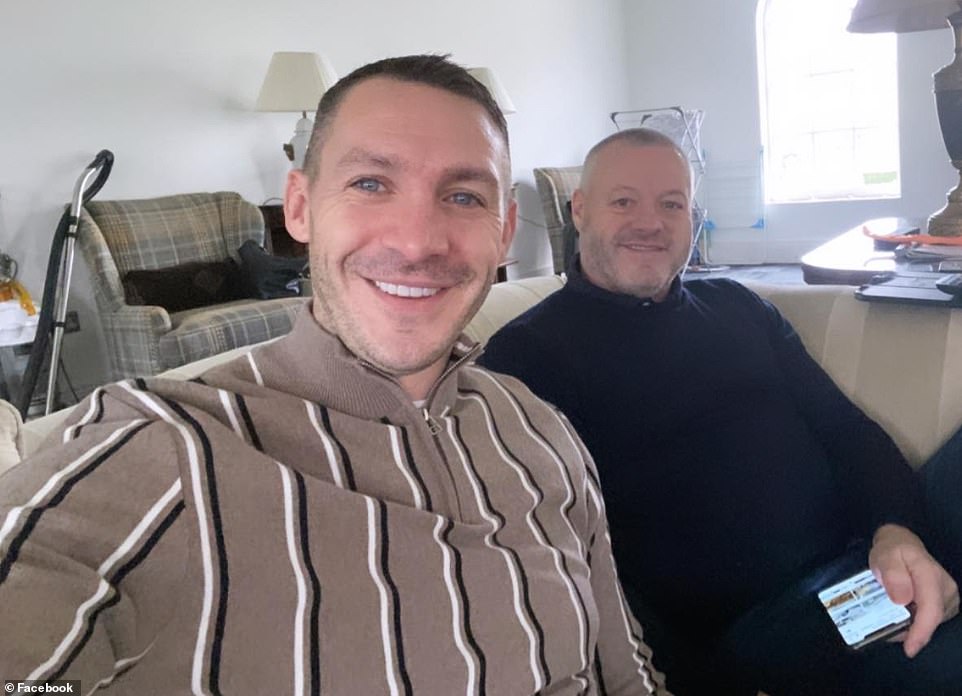 TOWIE’s Mick Norcross was seen beaming next to his son Kirk in his final picture, taken three weeks before he was been found dead aged 57. Kirk found his father dead, today’s inquest heard, where he described his father’s mental health problems during lockdown 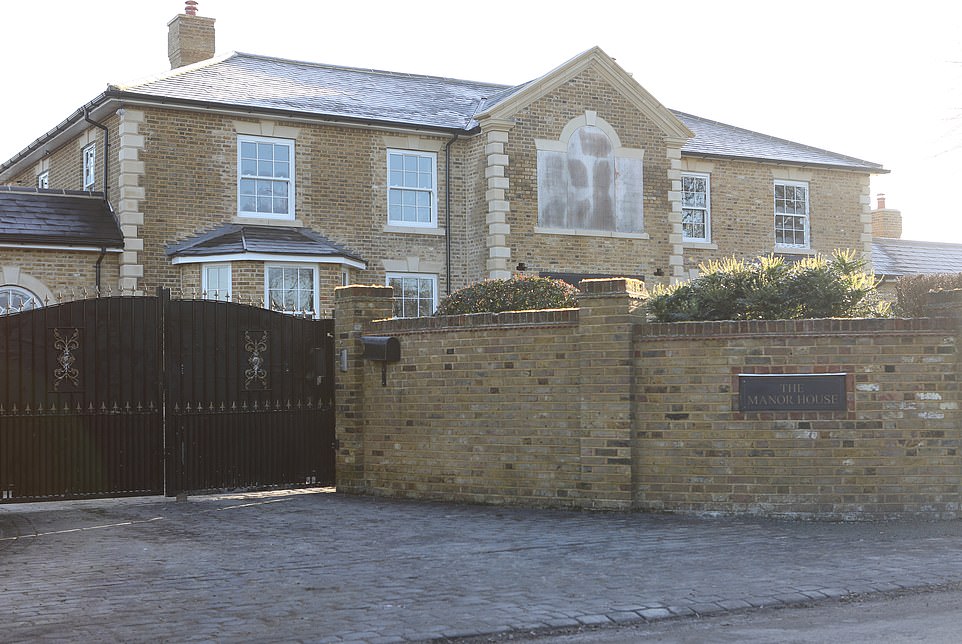 The mansion home of Mick Norcross where he was found dead in January. His son smashed his way in with a hammer after failing to get hold of him 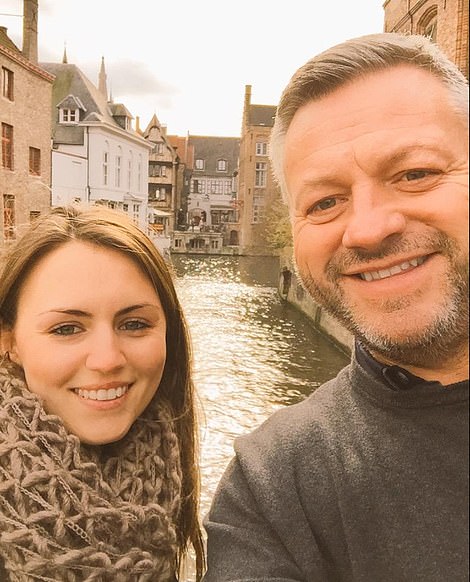 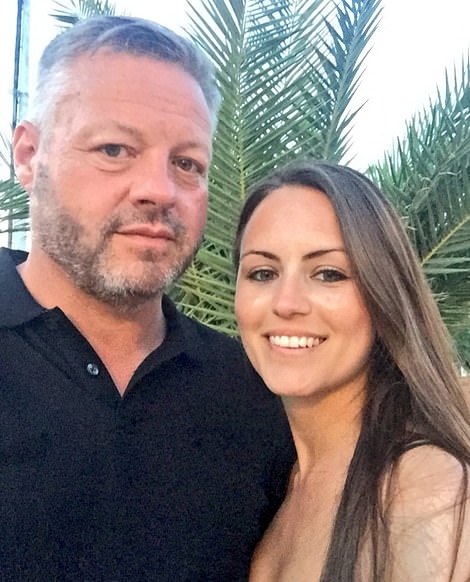 Heartbreaking: Mick is pictured with his girlfriend Samantha Keahey. Mick apparently told her: ‘I don’t think I am going to get through this Sam’ as he worried about loans and debts

Kick said in a statement: ‘I went to see a friend and I told him I have a feeling I might lose my dad this week. I don’t know why I told him I just felt it in my head.

‘I bought two scratch cards on the way back for my father with hope. I went and prayed for my father. I then had a nap and woke up and I had two missed calls from dad’s partner and text asking where Mick was’.

After forcing his way into the property Kirk found his father dead shortly afterwards.

In a statement read aloud by the coroner, Mr Norcross’ partner Sam said Mick had severe money problems and was losing sleep over providing for his family.

He had one bank loan of £1.36million and bridging loan secured against his Essex mansion and another £1million needed to finish a development, believed to be a luxury property near his home.

His partner Sam told the inquest: ‘Due to all these projects being overrun during the course in 2020, he sold three of his cars.

‘I was also aware he cashed his private pension in early and he may have been running out of money with the funds to keep himself afloat due to large monthly outgoing.

‘It was this time in October 2020 that I noticed a change in Mick. He believed he was being conspired against. We shared everything with one another, we had endless convos and I know this was heavily burdening on his mind. I knew he was losing sleep as he told me that’. 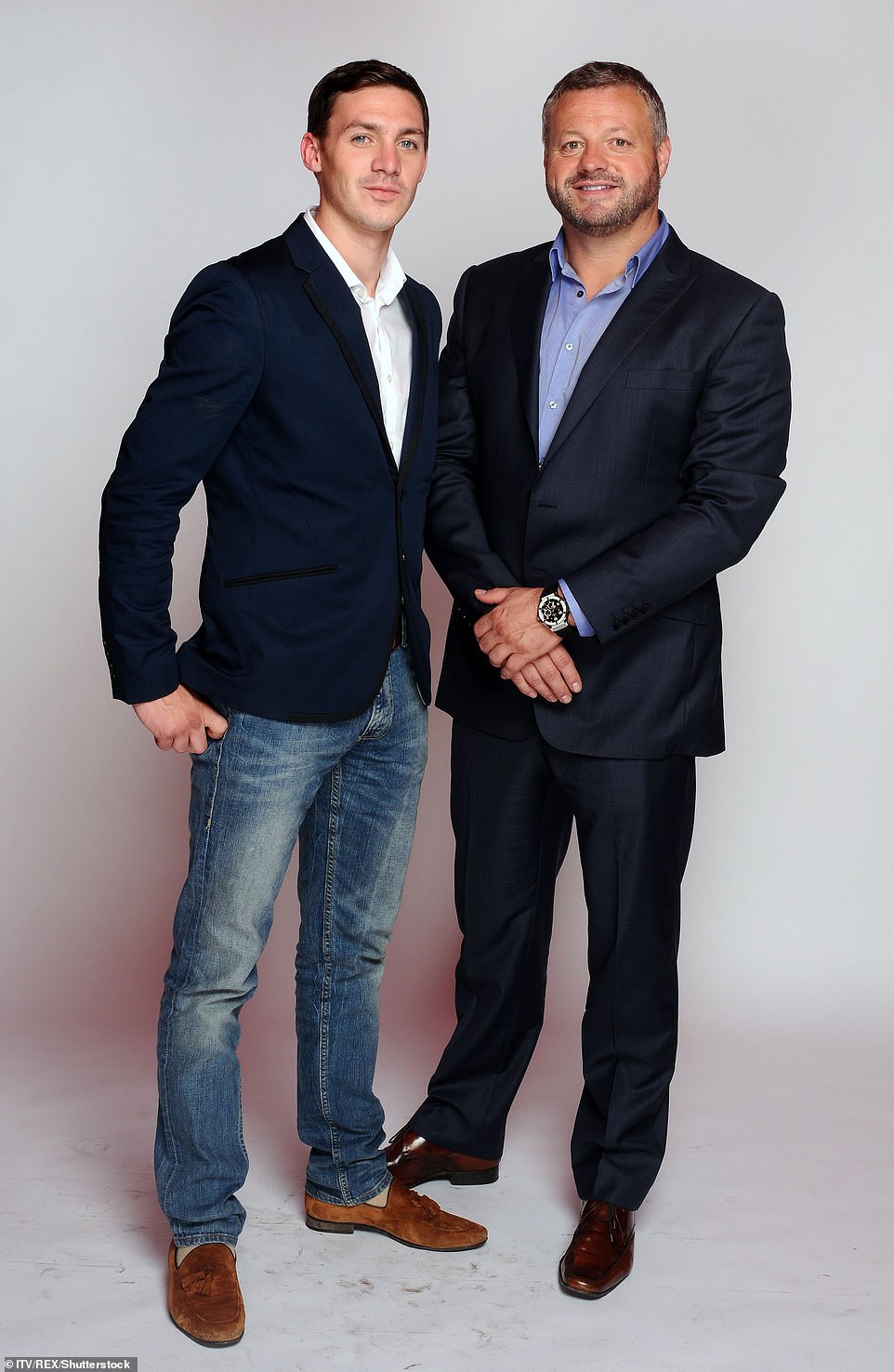 Tragic: Mick haunting last tweet, read: ‘At the end remind yourself that you did the best you could. And that is good enough.’

He said: ‘He was picked up on second camera entering main residency at far end of building.

‘He was wearing the same Barbour-style jacket where the mobile phone was recovered from.

‘Family could be seen an hour later in courtyard looking into the windows of residency.

‘At 14:46hrs they entered house including Kirk. A ladder was used by Kirk to look in bedroom window.

‘Kirk runs past the office and reappears holding something apparently hammer was going to be used to force entry by smashing windows.