Haven’t they grown! Trees that graced Prince William and Kate’s wedding now tower over their estate

When Prince William married Kate, Westminster Abbey was adorned with four tons of foliage, ordered by the couple to bring the flavour of a rural wedding to the imposing Central London venue.

Now, 11 years on, they will again be able to enjoy the same field of maples that graced their ceremony at one of the homes they have inherited from King Charles as part of the Duchy of Cornwall.

After the wedding, six of the small trees that lined the aisle were planted at the 192-acre Llwynywermod estate in Carmarthenshire, where they thrived in the rich Welsh soil. They now tower over an elegantly topiaried parterre-style garden that was just a threadbare hedge back in 2011. 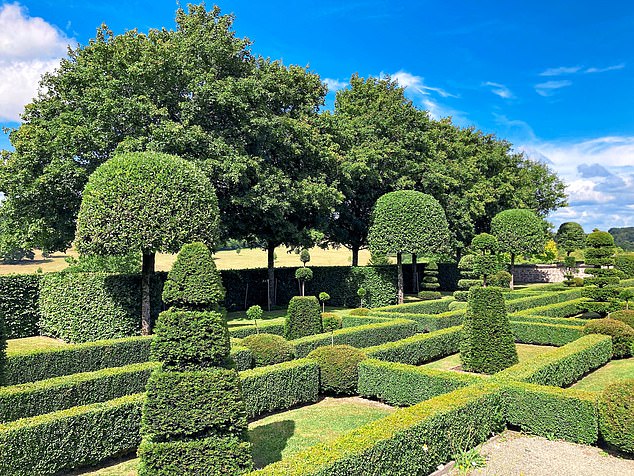 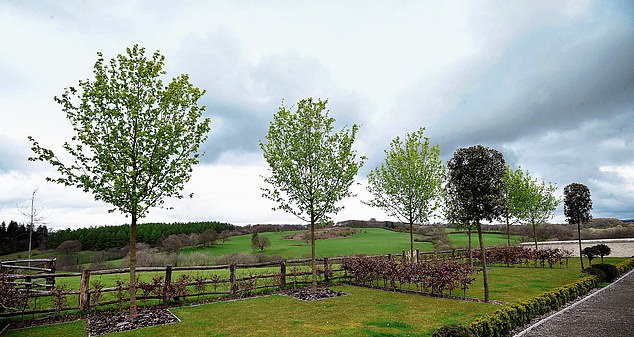 It was King Charles’s idea, when he was Prince of Wales, to replant the trees at the front of the painstakingly renovated farmhouse. With William and Kate’s approval, they were installed two months after the wedding in April 2011.

The maples, which are native to Britain, have plenty more growing to do as they can live for 200 years and reach 50ft.

Shane Connolly, who was the artistic director of flowers for the Royal Wedding, said before the ceremony that the trees had been chosen to reflect the ‘medieval ethos’ of the Abbey. Maple is the favoured wood used to make harps, and was also used for medieval two-handled loving cups, traditionally used at weddings and banquets.

The tree is also said to represent humility and reserve. 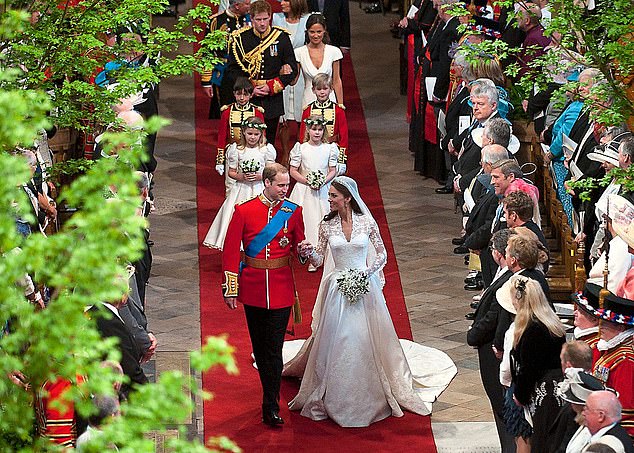 Westminster Abbey was adorned with four tons of foliage, ordered by the couple to bring the flavour of a rural wedding to the imposing Central London venue 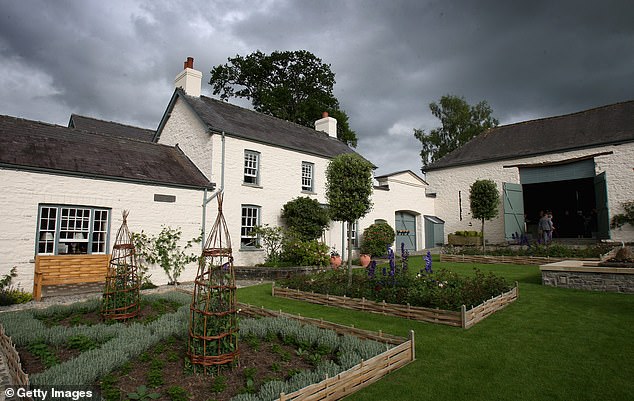 The King often used Llwynywermod as a retreat, most recently to mourn the death of his father, Prince Philip, last year.

After the Queen died, William inherited the Duchy of Cornwall, the private estate established in 1337 by Edward III to provide independence to his son and heir, Prince Edward. It was valued at more than £1 billion in March.

Clarence House confirmed that everything that forms part of the Duchy Estate belongs to the Duchy of Cornwall, including Llwynywermod, which was bought by Charles for £1.2 million in 2007.

Charles had reportedly spent as long as 40 years searching for the perfect country retreat before settling on Llwynywermod, which he renovated in line with his passion for sustainable living.

Parts of the property near the Brecon Beacons village of Myddfai can be rented out by families or couples looking for a relaxing break.