PRESIDENT Donald Trump has admitted that he did, in fact, "downplay" the coronavirus pandemic that has hit the United States.

Trump made the confession about trying to "reduce panic" among Americans while speaking to reporters at the White House on Wednesday. 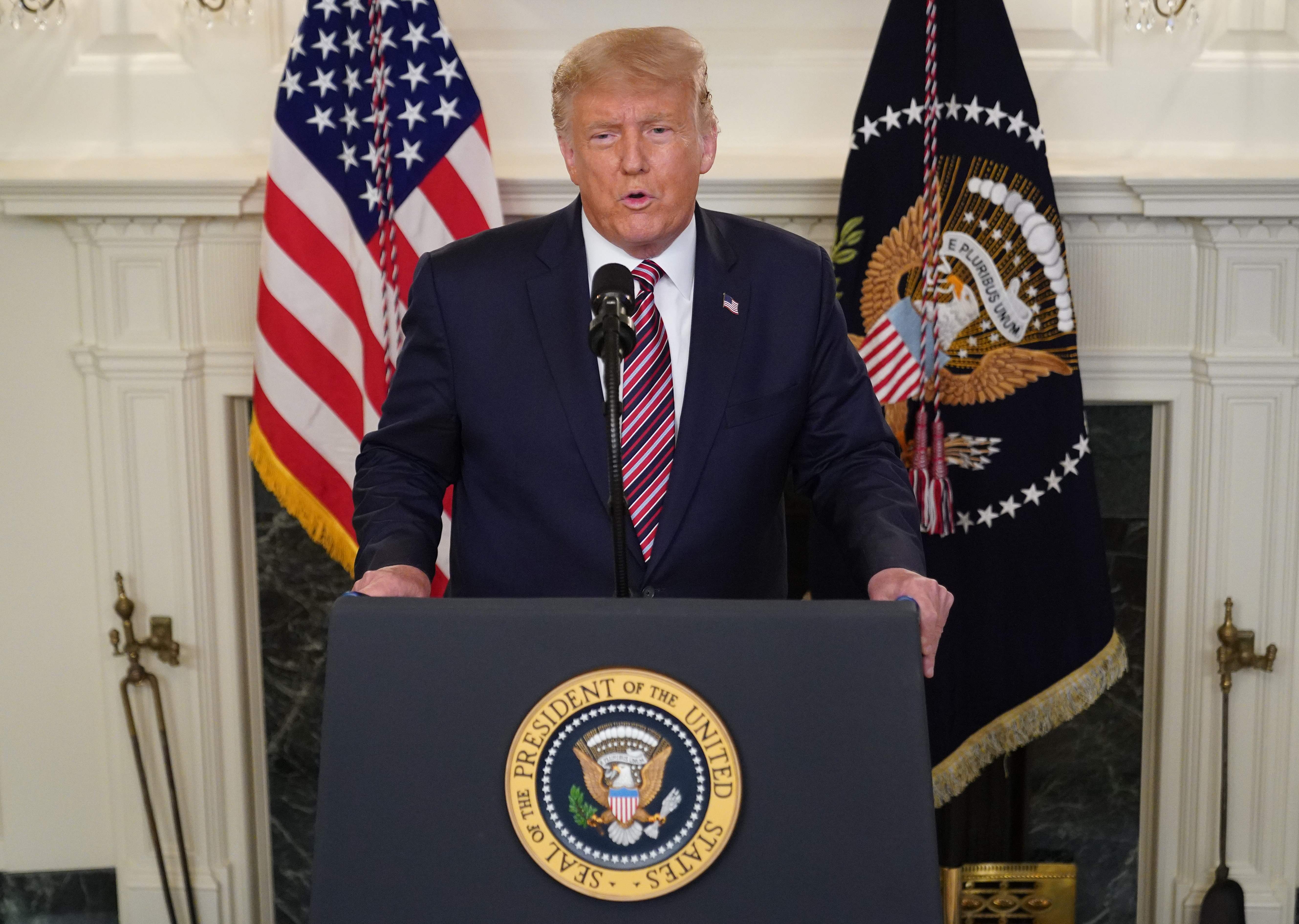 Earlier on Wednesday, it was reported that in Watergate journalist Bob Woodward's new book, Rage, Trump was recorded saying he knew the virus was "deadly stuff" during an interview on February 7.

Woodward collected interview recordings with the president where he made several comments – including that coronavirus could be five times "more deadly" than the flu.

When asked about the claims, the president said he did downplay the threat, saying it was "in order to reduce panic, perhaps that’s so.”

“You have to show leadership, and leadership is confidence in our country,” Trump said. 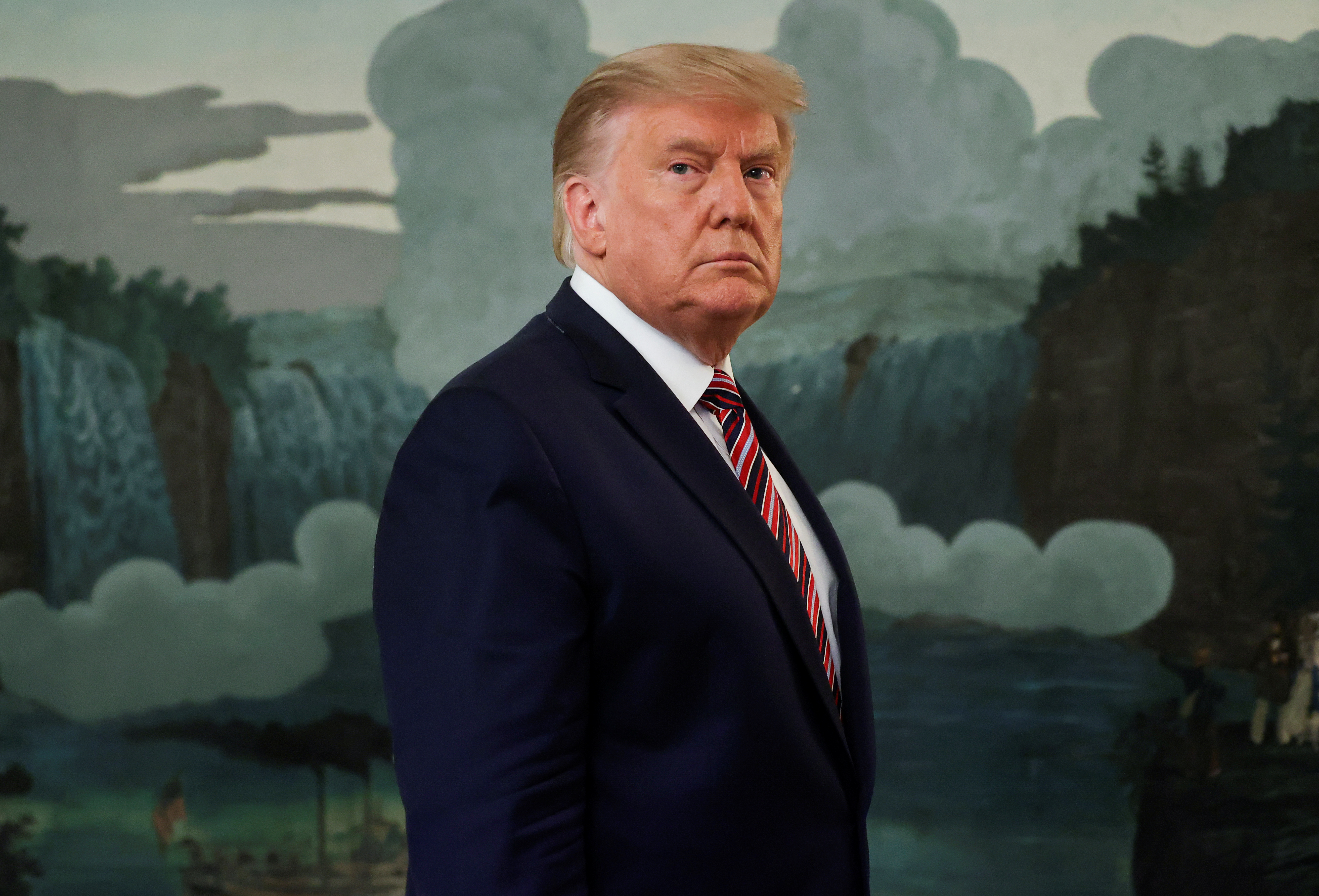 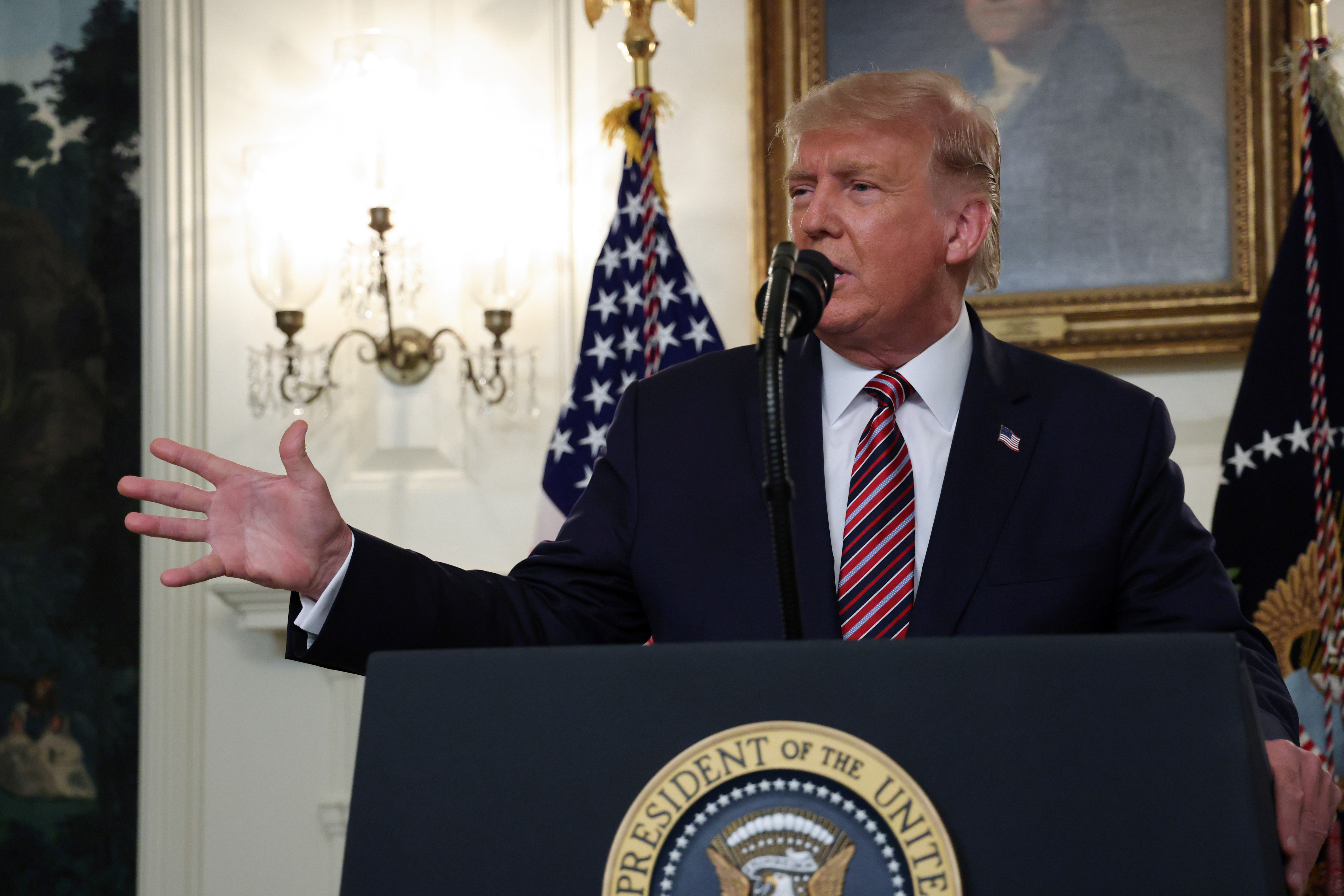 “I’m a cheerleader for this country,” the president said. “I don’t want people to be frightened. I don’t want to create panic.”

But in the public eye, during several press briefings at the White House, Trump would tell reporters that the virus was "under control" and would "disappear."

On March 19 – just days after he declared a national emergency – the president admitted that what he said in public and in private were two different things. 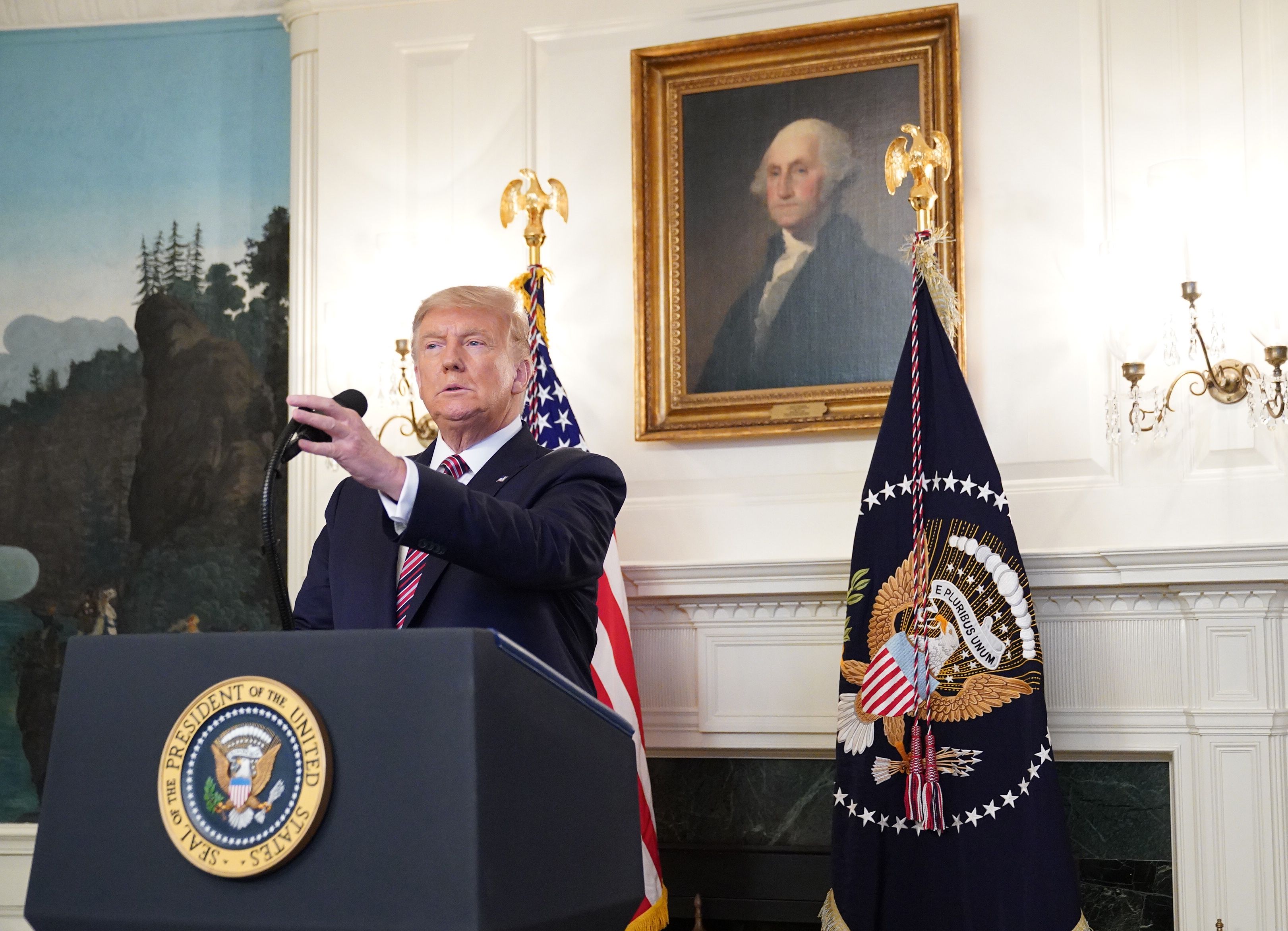 "I wanted to always play it down," Trump told Woodward. "I still like playing it down, because I don't want to create a panic."

In the book, Trump allegedly says that it is the job of the president "to keep our country safe."

Woodward agreed with the sentiment, writing: "Presidents are the executive branch. There was a duty to warn. To listen, to plan, and to take care."

Shortly after Woodward's reporting was revealed, Press Secretary Kayleigh McEnany denied the claims, telling reporters: "The president has never lied to the American public on COVID." 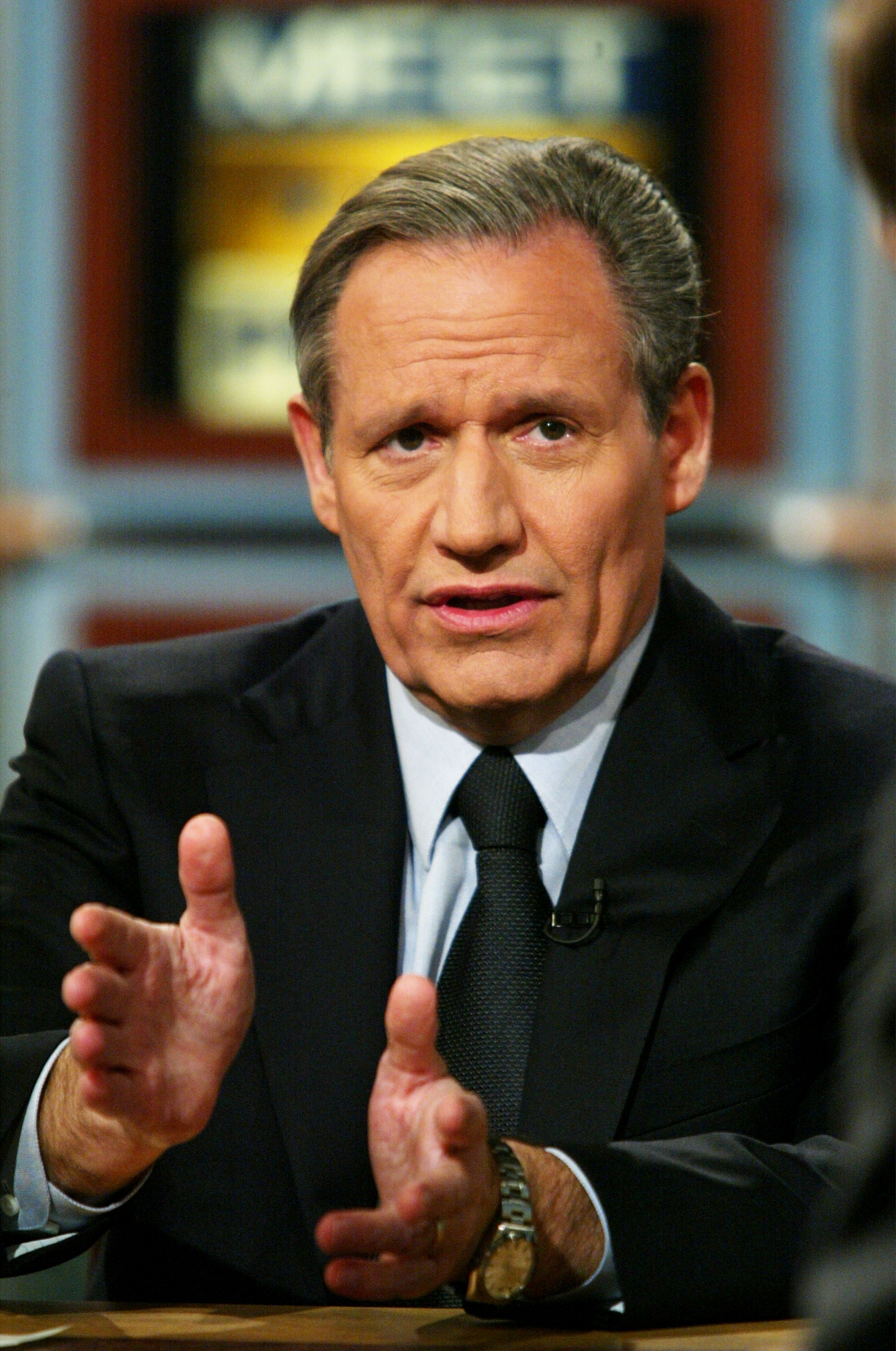 However, it has been argued that if the president shut the borders earlier, many American lives would've been saved.

Opposition Joe Biden claimed that Trump "failed to do his job on purpose" at his rally in Warren, Michigan, on Wednesday.

"He knew how deadly is was, it was much more deadly than the flu. He knew and purposely played it down," the presidnetial hopeful said.

"Worse, he lied to the American people. He knowingly and willing lied about the threat it posed to the country for months. He had the information." 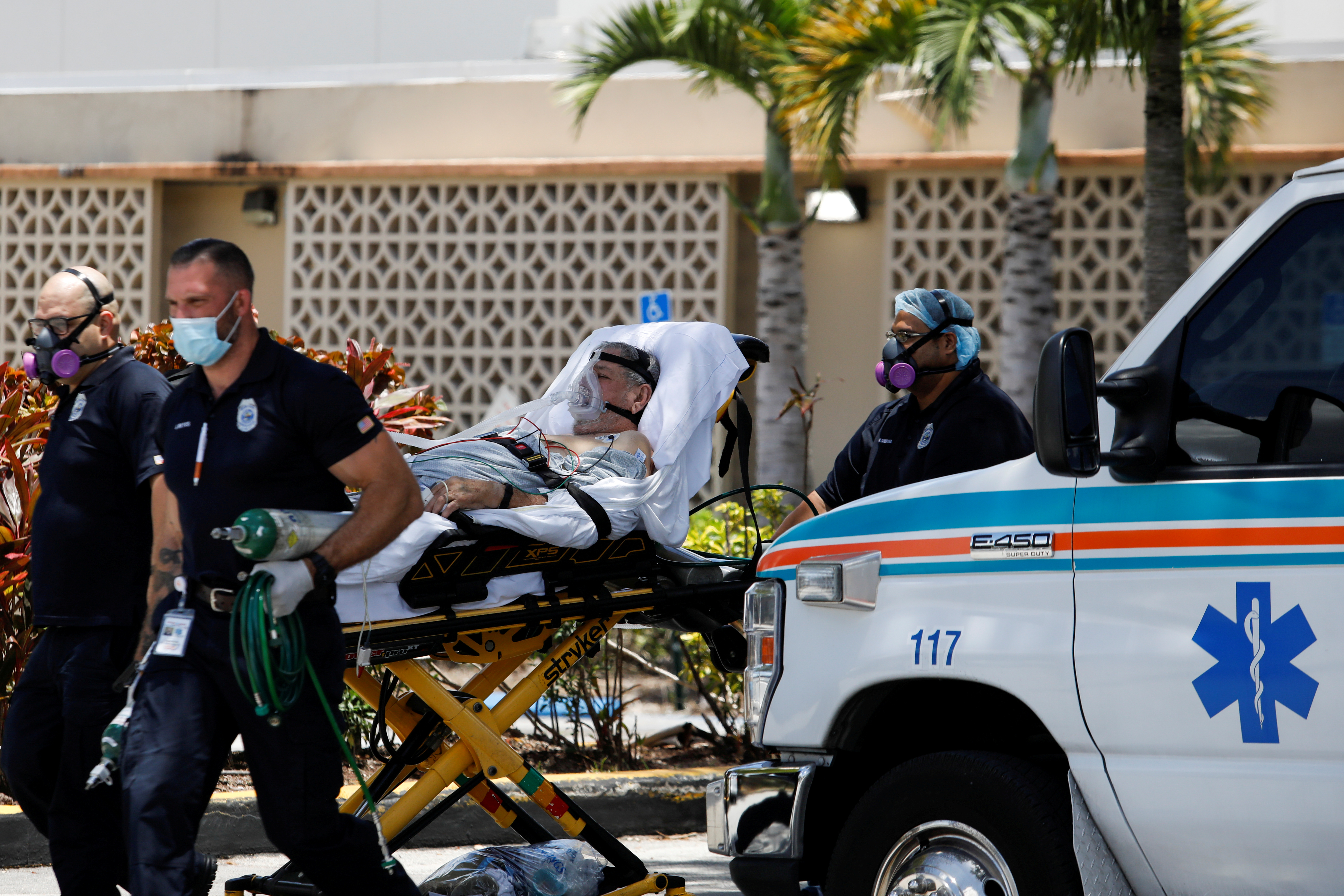 As the months went on, Trump appeared to shift the blame onto China.

"The virus has nothing to do with me," he told Woodward in their final interview in July. "It's not my fault. It's – China let the damn virus out."

More than 6million cases of coronavirus have been confirmed in the United States, with at least 190,000 Americans having succumbed to the disease.

According to Woodward's reporting, Trump also sent North Korean leader Kim Jong-un 27 letters to each other.

After receiving criticism for meeting the supreme leader, the president defended his actions to Woodward, telling him: "I met. Big f**king deal. It takes me two days. I met. I gave up nothing."

He also described Kim's relationship with nuclear weapons as "somebody that's in love with a house and they just can't sell it." 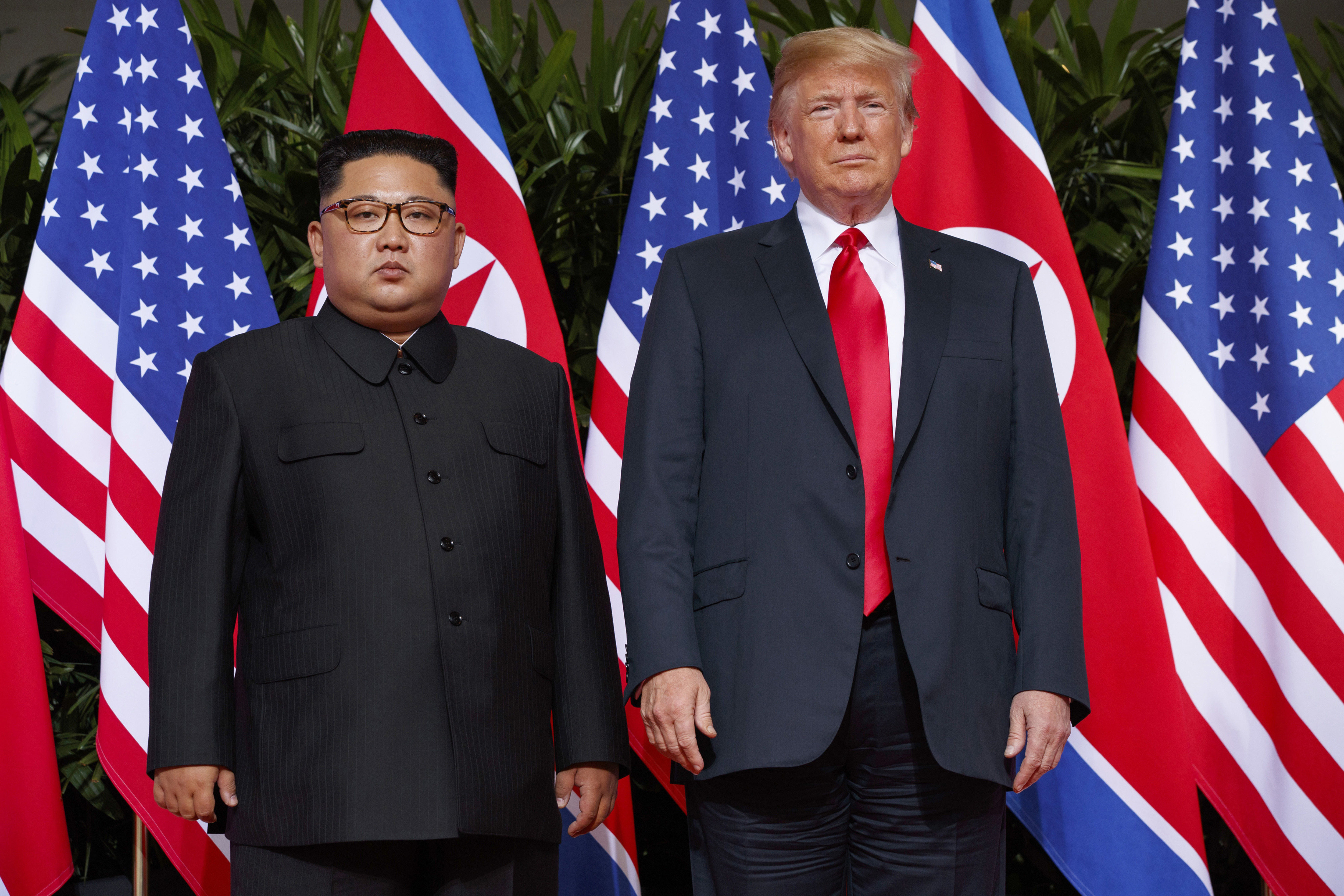 The blossoming friendship between the two leaders was apparent in excerpts of letters they exchanged, where Kim wrote that he wanted "another historic meeting between myself and Your Excellency reminiscent of a scene from a fantasy film."

He also described his meetings with Trump as a "precious memory" that outlined how the "deep and special friendship between us will work as a magical force."

A different letter heard Kim tell the president: "I feel pleased to have formed good ties with such a powerful and preeminent statesman as Your Excellency."

Another letter left Kim bragging about "that moment of history when I firmly held Your Excellency’s hand at the beautiful and sacred location as the whole world watched with great interest and hope to relive the honor of that day." 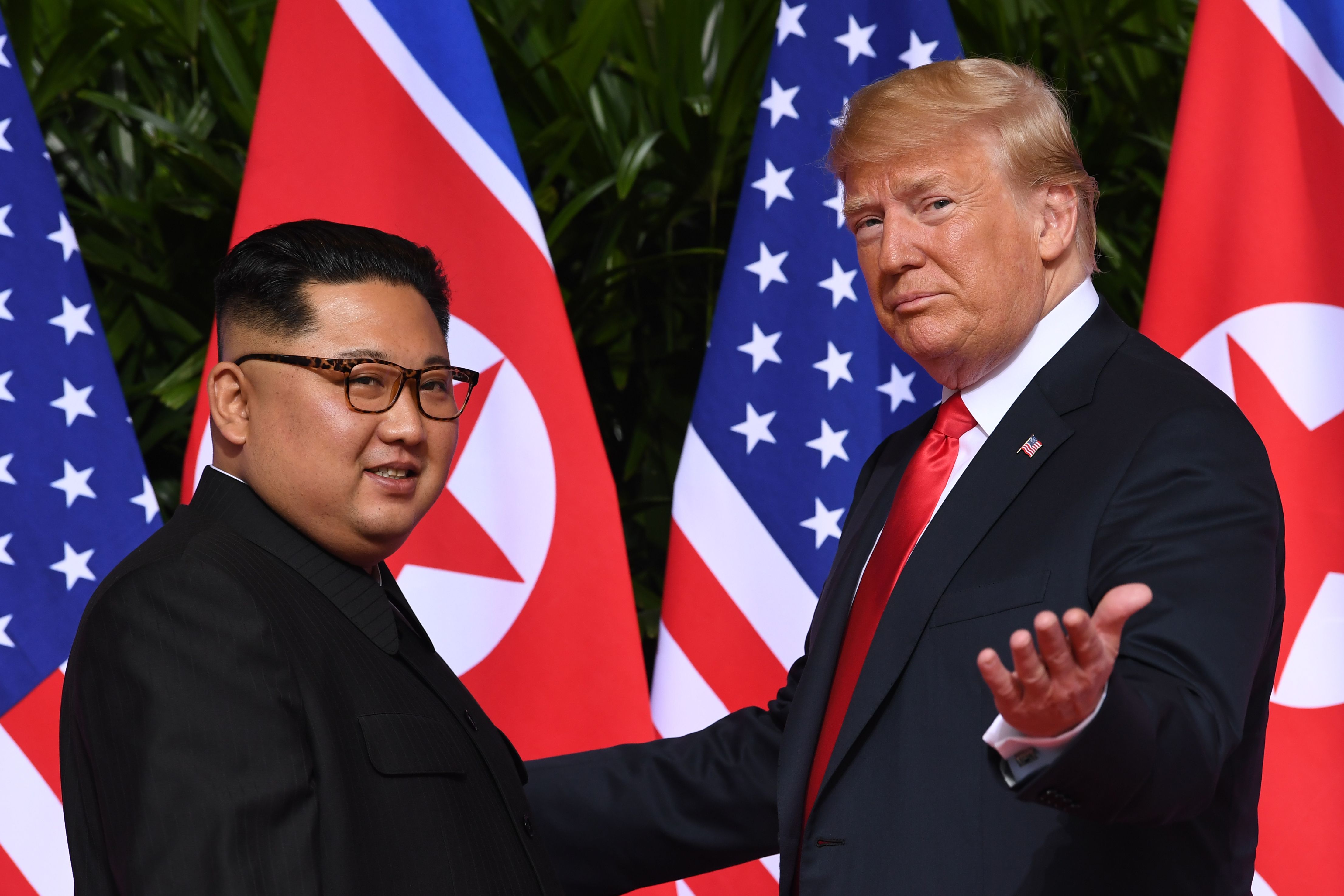 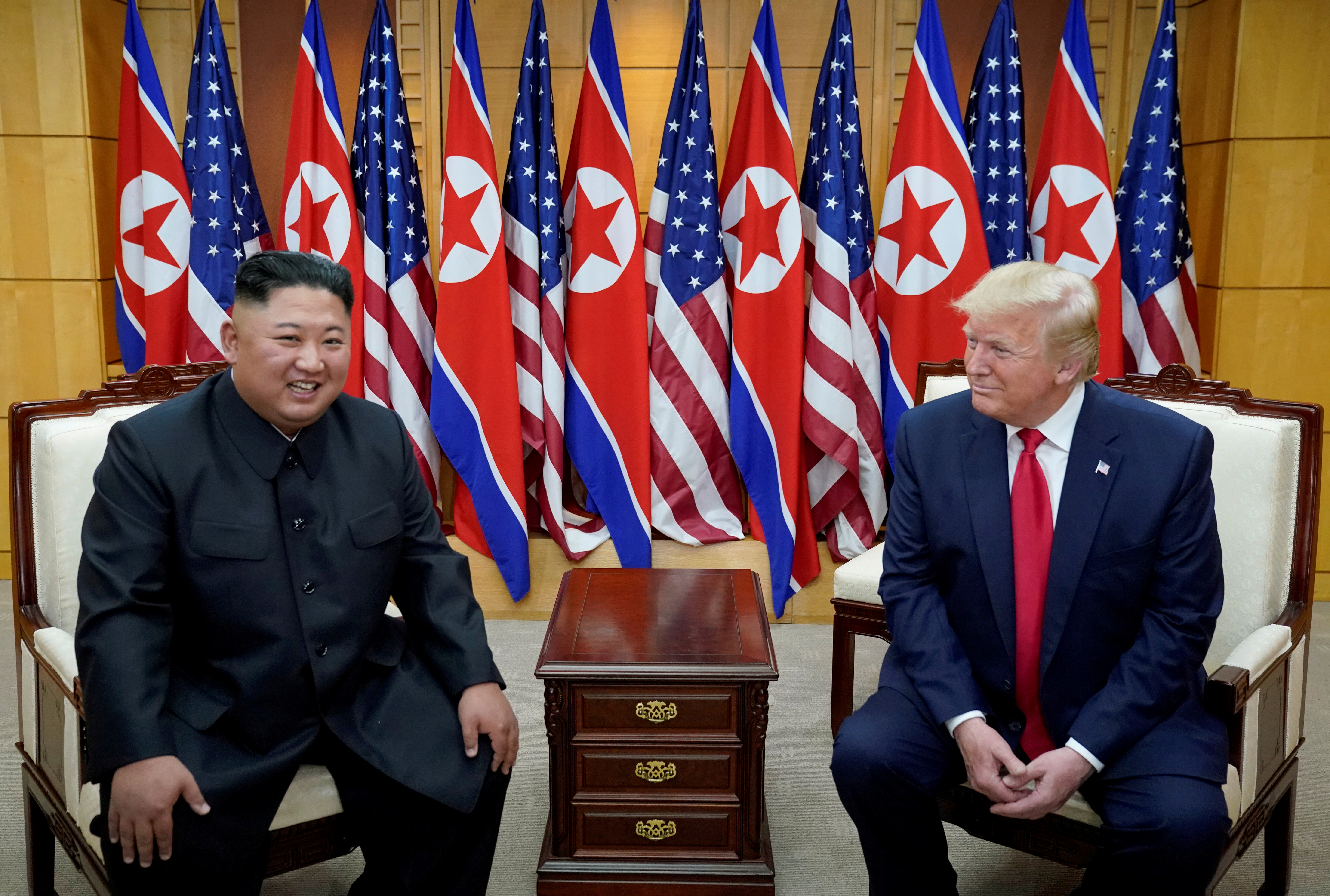 In the book, Woodward explains that Trump was flattered by the fact Kim called him "Your Excellency."

The flattery flew both ways, as the president told the author that he thought "holy s**t" when he met Kim, describing him as "far beyond smart."

Trump also boasted that Kim "tells me everything," namely the graphic way in which the leader's uncle died.

Per Woodward's reporting, Trump also claims to have built an incredible top secret nuclear "weapons system that nobody’s ever had in this country before." 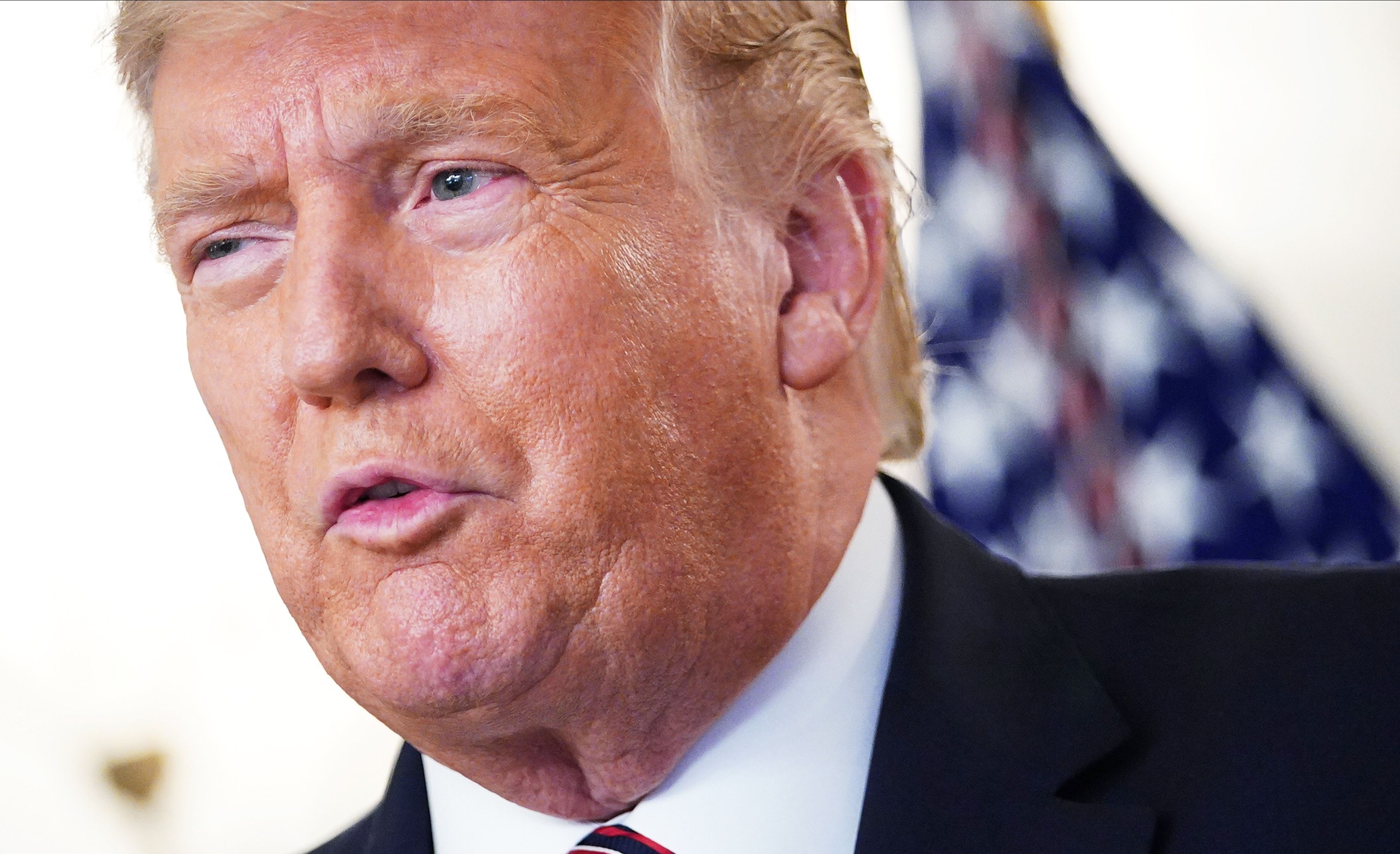 Speaking about his nuclear assets, Trump said: “I have built a nuclear – a weapons system that nobody’s ever had in this country before.

"There’s nobody – what we have is incredible.”

Woodward then cited anonymous sources who confirmed this weapons system existed without providing any additional details – bar their surprise that Trump had disclosed it, reported The Washington Post.

In the touted tome, Trump also supposedly said that the CIA has “no idea” how to handle North Korea when it came to surrendering their nuclear weapons.

Opioid crisis: How opioid epidemic could grip UK after claiming 400,000 lives in US