TRUMP fans clashed with Antifa and BLM supporters while carrying a massive flag depicting Nancy Pelosi as a demon during a march on Friday.

The MAGA supporters marched along Fifth Avenue in Manhattan towards Trump Tower with all sorts of pro-Trump flags waving. 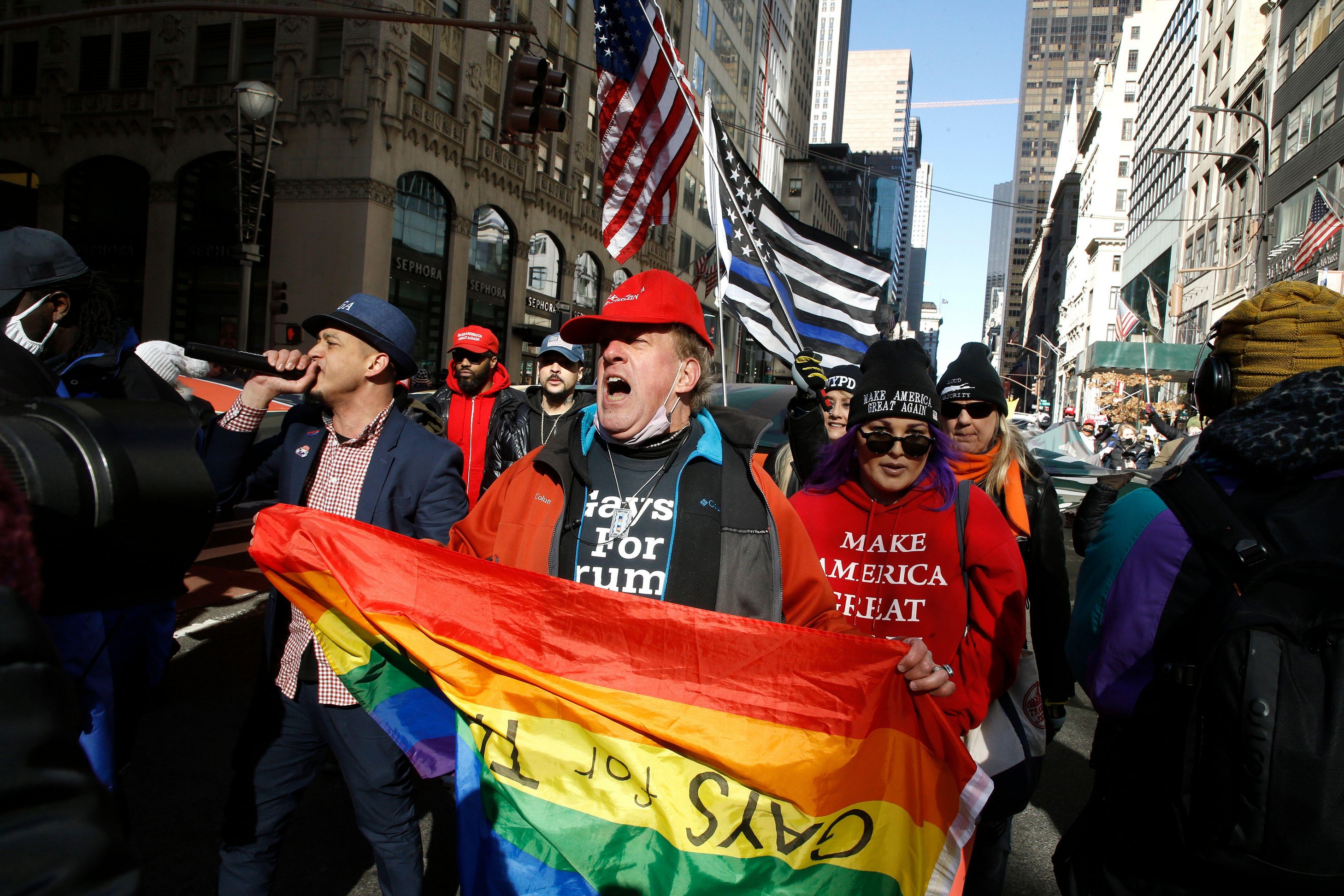 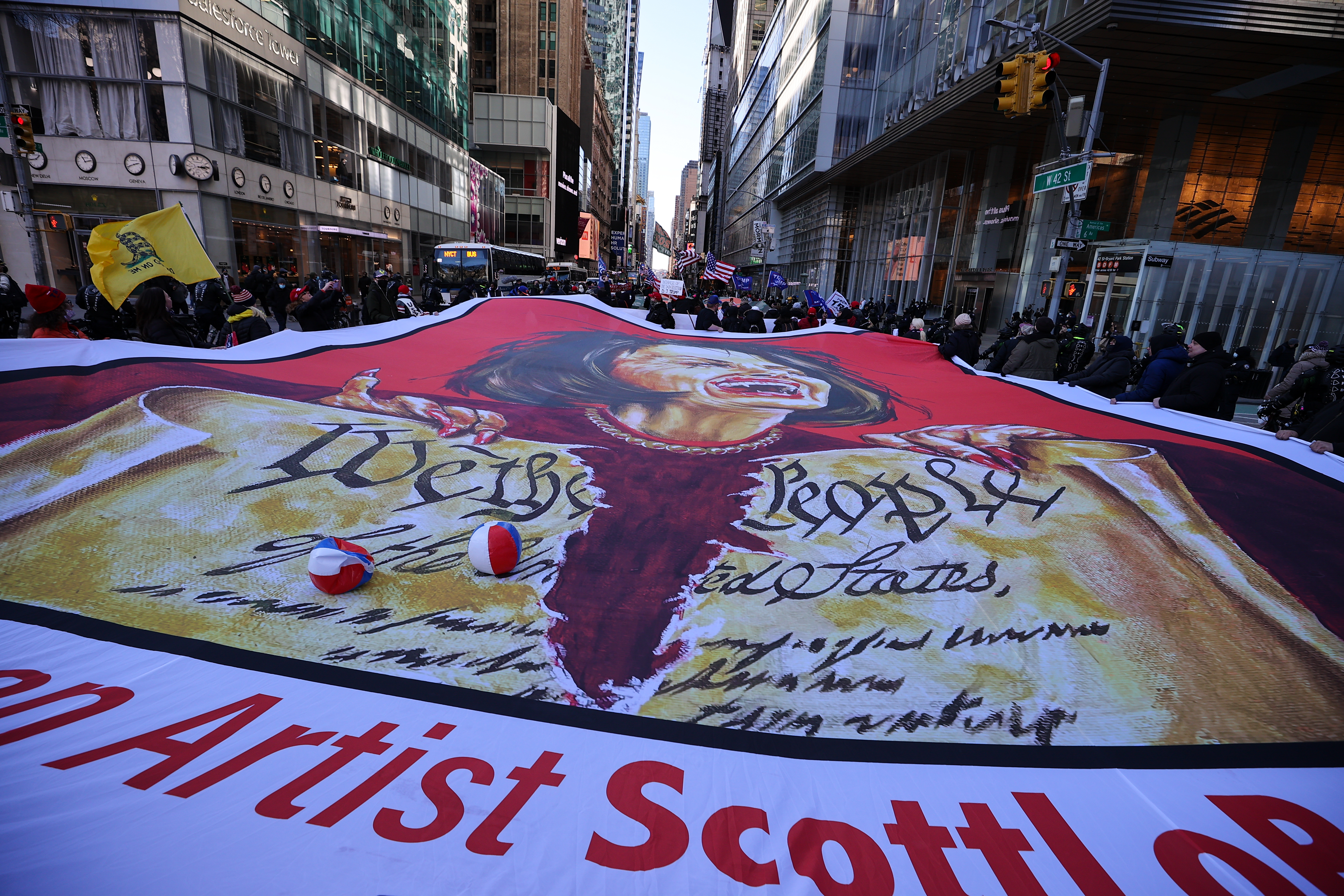 One of those flags, unfurled right in front of the former president's namesake tower, featured House Speaker Pelosi fashioned as some sort of demon.

Towards the end of the event on Friday afternoon, the Right Side Broadcasting Network reported that the Trump fans got into altercations with Antifa and Black Lives Matter activists.

Six people were arrested, according to the report.

The event was billed as the Trump Save America Flag Unfurling. 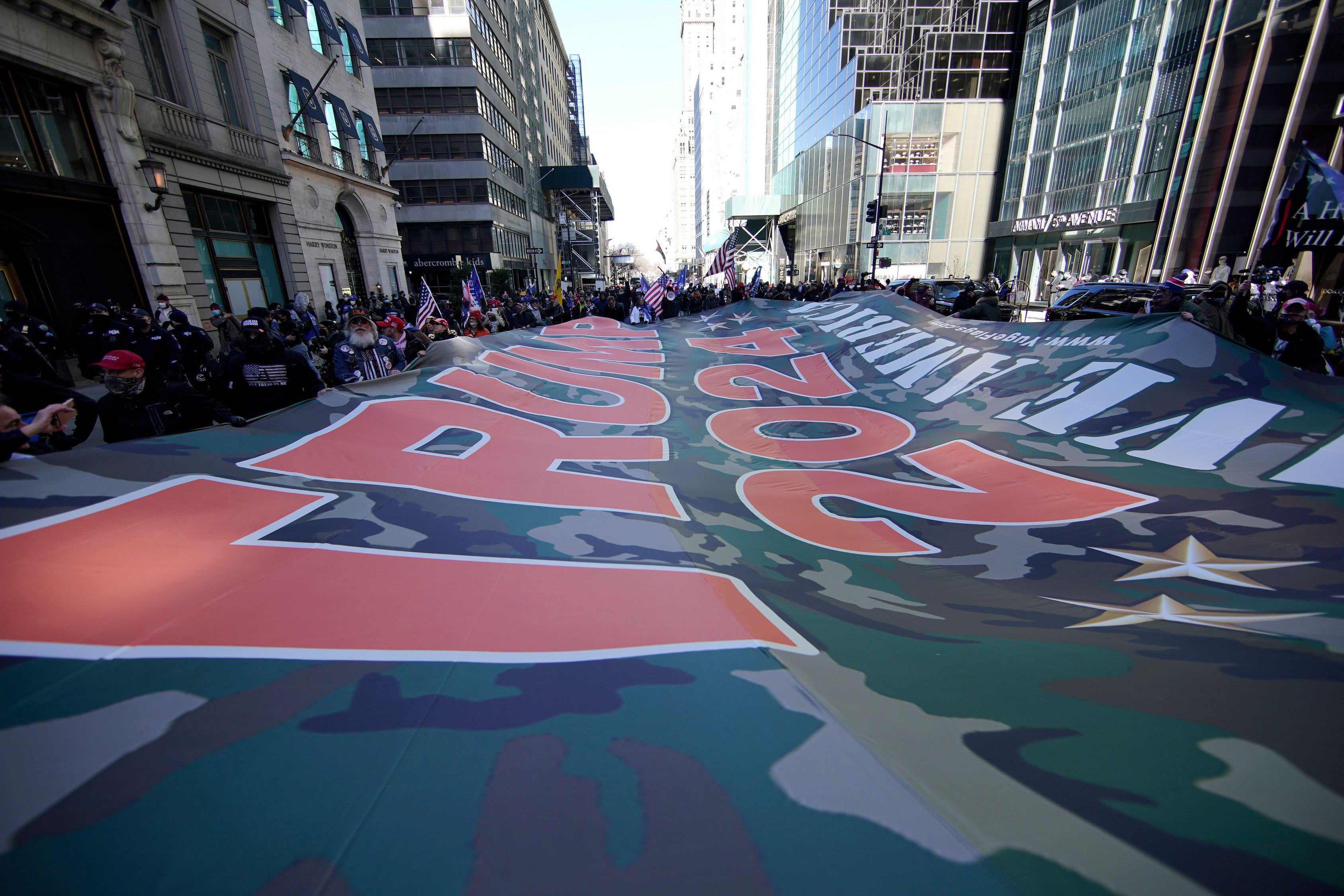 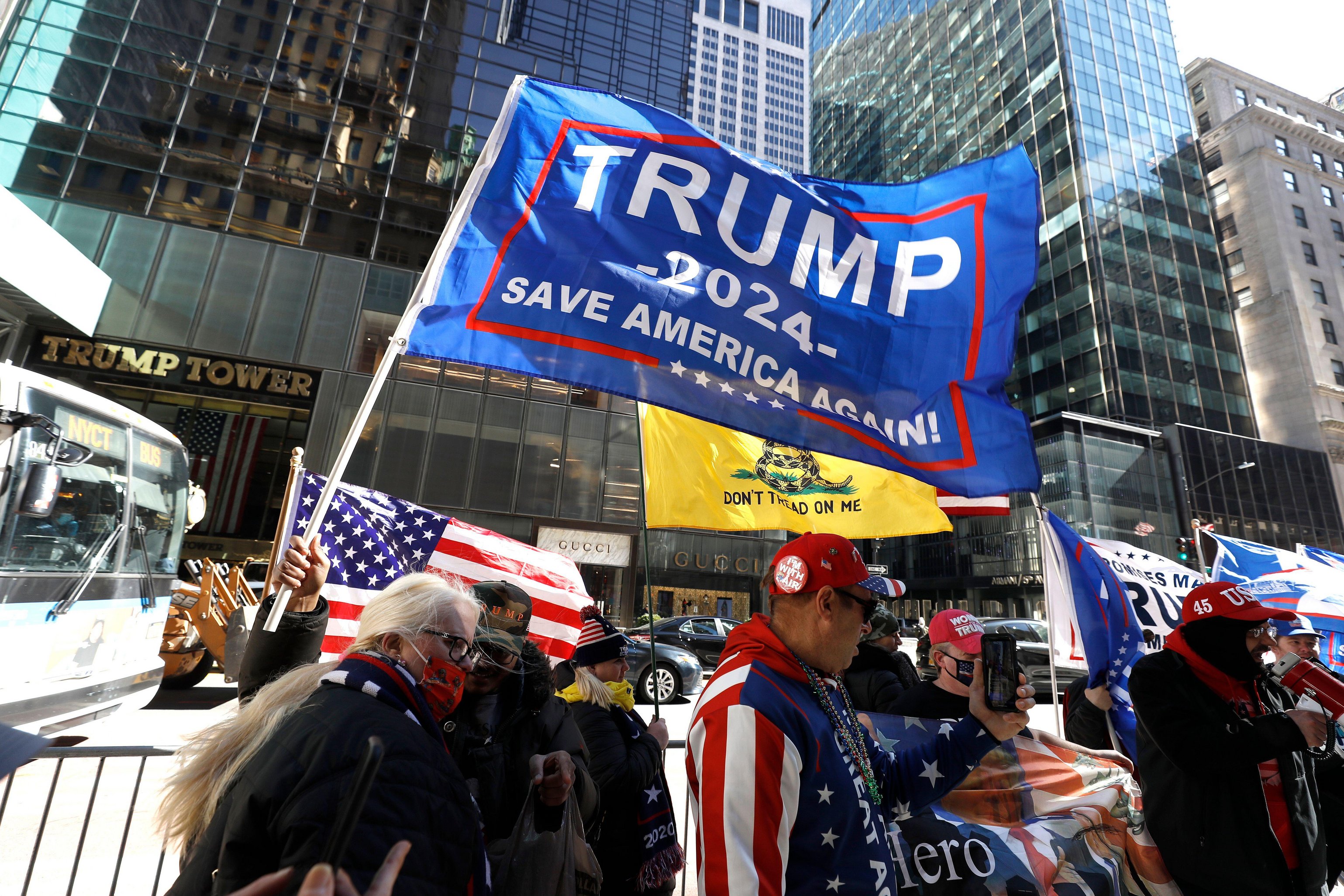 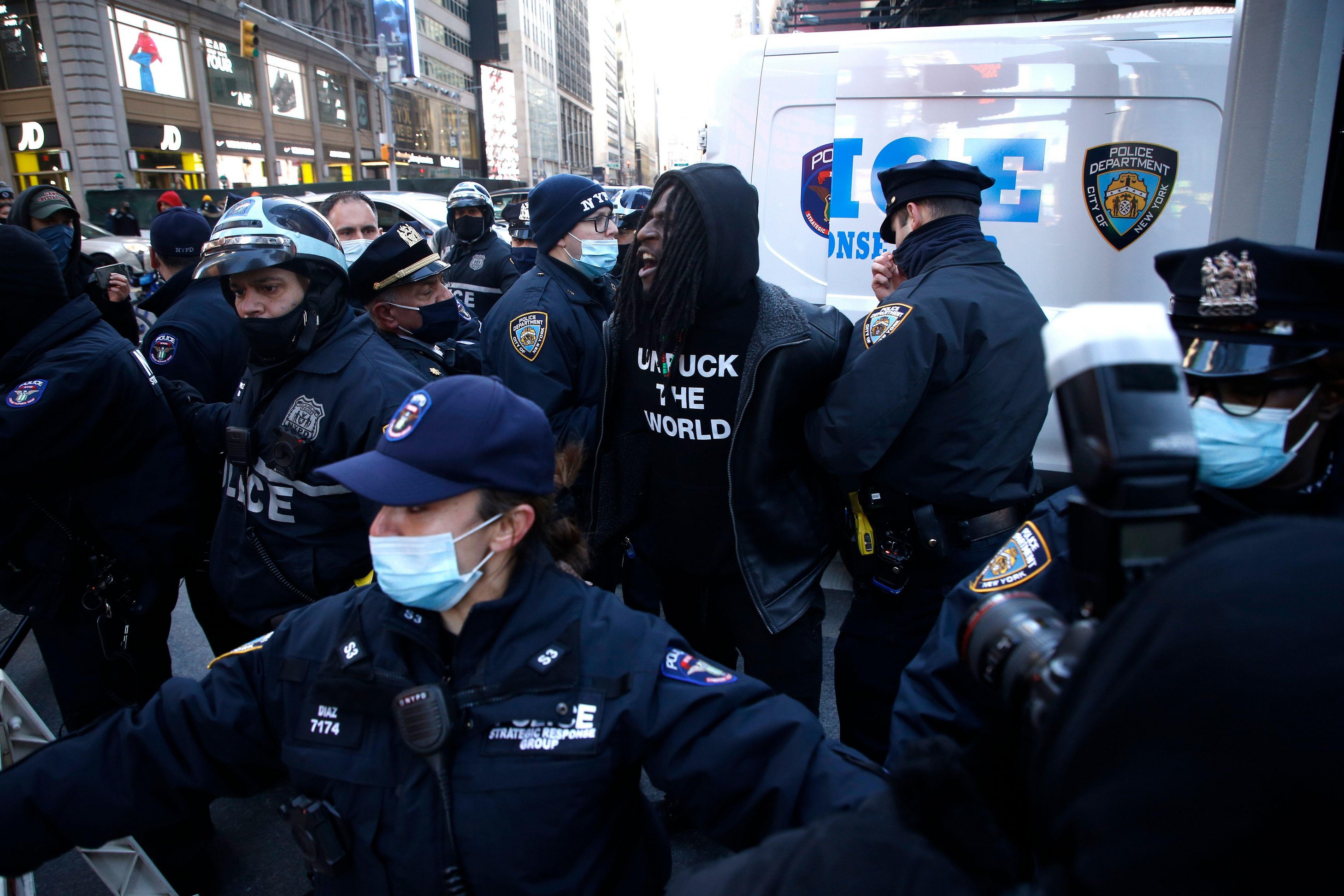 Video of the event captured the marchers unveiling a massive Trump 2024 flag, which also included the message "Save America."

The rally came just a day after QAnon conspiracy theorists expected Trump to somehow retake the presidency on March 4.

In addition to believing that Trump was secretly fighting an underground ring of powerful pedophiles, the conspiracy theorists also believed that he would be able to take back the Oval Office and be installed as the 19th president of the United States – rolling back the union to the form it had in 1871.

The Capitol was on high alert with upped security on Thursday, as officials believed that Trump supporters could attempt another attack like the January 6 riots. 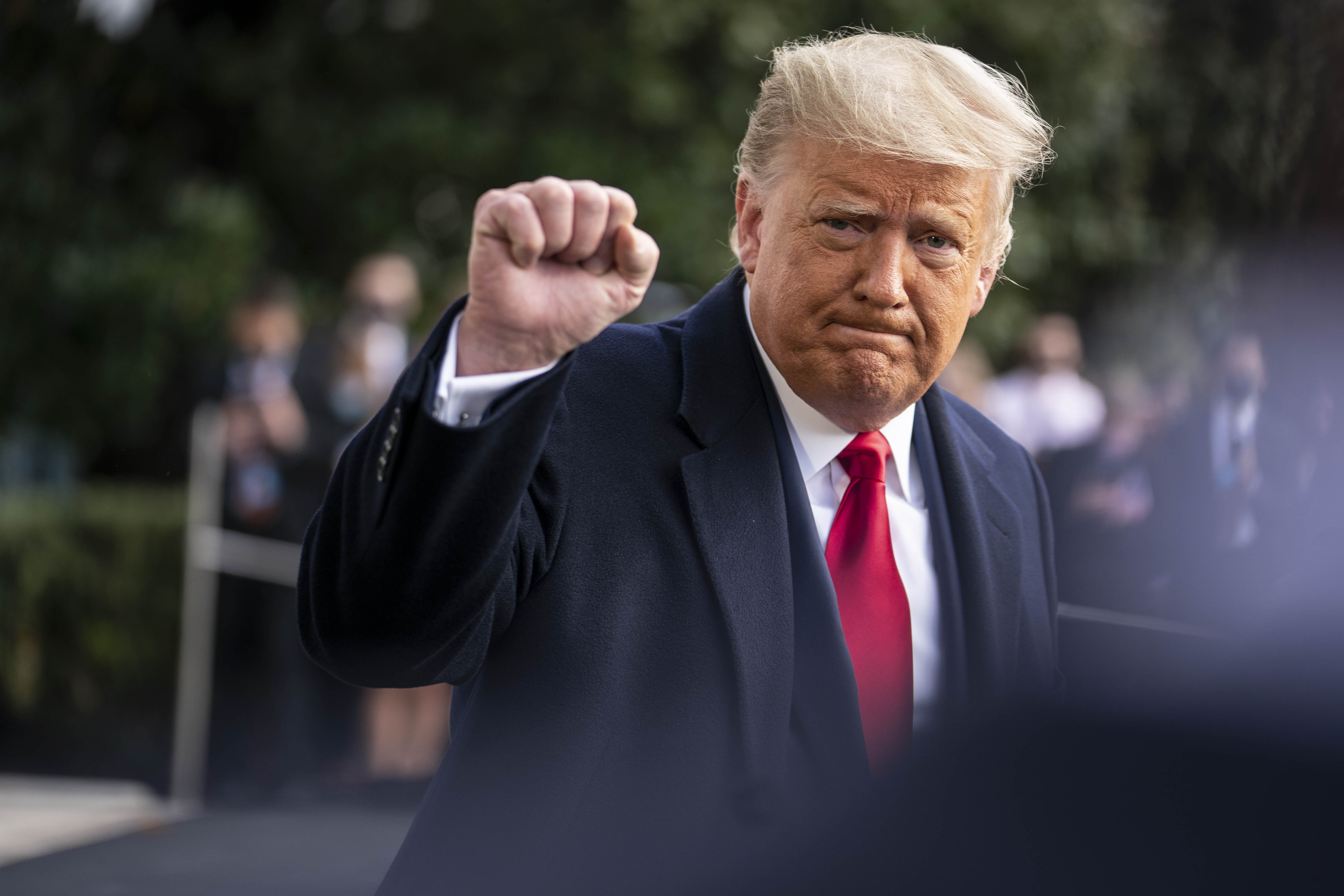 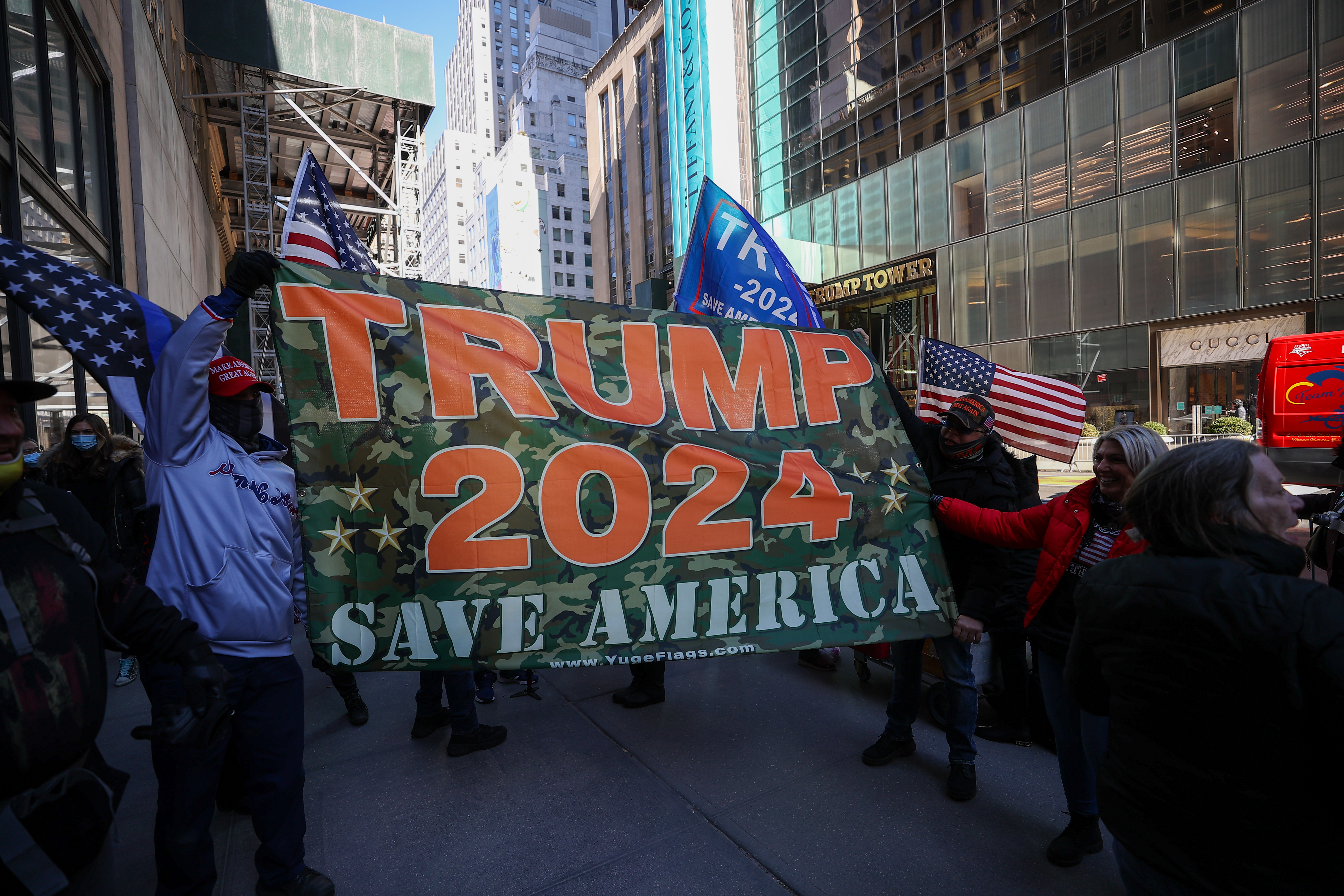 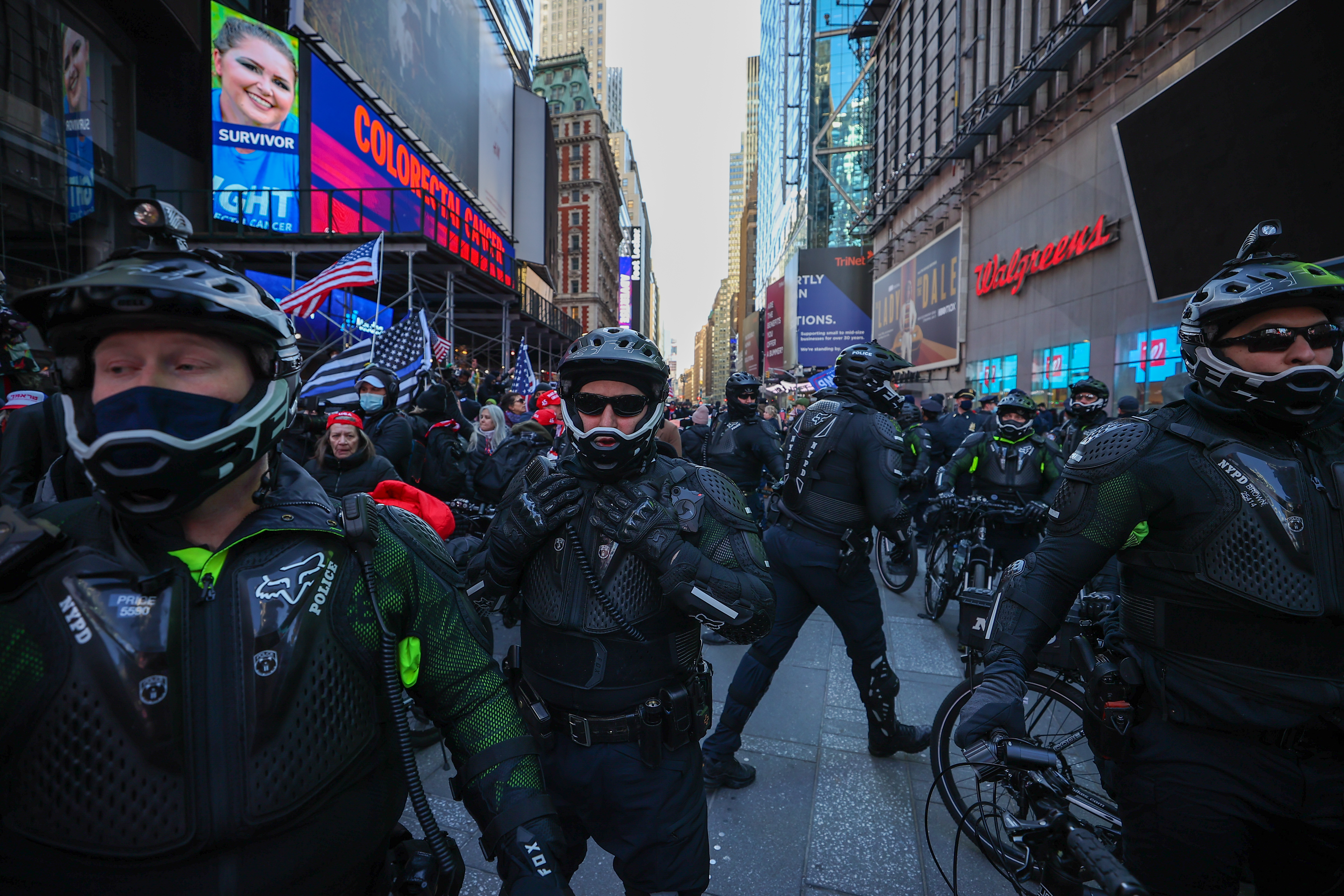 However, as March 4 came and went with Joe Biden still holding the presidency, the Q crowd has reportedly moved Trump's new "inauguration date" to March 20.

Trump has floated the idea of a possible 2024 run, though he hasn't officially said he will attempt to take back the presidency yet.

At last week's Conservative Political Action Conference, Trump rattled off a list of his accomplishments while suggesting his career in politics is not over.

"Who knows? I may even decide to beat them a third time," the former president said, restating his widely-disproven claims that he actually won the 2020 election.

The former president and VP's relationship reportedly soured towards the end of the Trump presidency.

Before getting permanently banned from Twitter, Trump slammed his VP, saying he had the power to reject the results of the 2020 election, though Pence maintained he did not.

Despair in the town ravaged by cyclone Kenneth