HOUSE Speaker Nancy Pelosi officially signed off on articles of impeachment against President Donald Trump on Wednesday, paving the way for a historic trail over the president's dealings with Ukraine.

The House of Representatives voted largely along party lines, 228-193, transmitting the two articles to the Senate.

Trump’s impeachment – the third in US history – will now move from Pelosi’s Democratic-run House of Representatives to the Republican-majority Senate, where Trump expects acquittal, even as new evidence is raising fresh questions about his Ukraine dealings.

The managers then walked the articles across the Capitol, where they were presented to Senate Majority Leader Mitch McConnell.

The vote comes at the start of a presidential election year and one month after the House impeached Trump.

The president is charged with abuse of power over his pressure on Ukraine to investigate Democratic rival Joe Biden, using military aid to the country as leverage.

“We are here today to cross a very important threshold in American history,” Pelosi said, addressing the House before the vote.

Earlier, she declared: “This is what an impeachment is about. The president violated his oath of office, undermined our national security, jeopardized the integrity of our elections.”

This morning, Pelosi announced the seven Democratic "managers," or prosecutors, who will lead the impeachment case in the Senate trial.

WHO ARE THE DEMS ON THE TRUMP HIT SQUAD?

Adam Schiff was elected to Congress in 2001 and now serves as the Chairman of the House Intelligence Committee. He earned a degree in law from Harvard Law School and previously an Assistant United States Attorney in the Central District of California.

He has previously stated: "We need to make sure that our president is operating not in his personal best interests… but because what he is doing is in America's best interest."

Jerry Nadler has served in Congress since 1992 and is now the Chairman of the House Judiciary Committee. He previously worked as a law clerk, and while attending evening classes at the Fordham University School of Law was elected to the New York State Assembly, where he served for 15 years from 1977.

Speaking at the time, he described the impeachment of President Clinton as a "partisan railroad job".

Hakeem Jeffries became a Congressman in 2013 after serving for five years in the New York State Assembly. Since January of last year, he has been the Chair of the House Democratic Caucus.

Val Demmings has been in Congress since 2017. She graduated from Florida State University with a degree in criminology and was a social worker for 18 months before joining the Orlando Police Department in 1983.

Jason Crow is a lawyer and army veteran who entered Congress in 2019. He served three tours of duty in Afghanistan and Iraq, where he was awarded the Bronze Star for his role as a platoon leader in the Battle of Samawah.

He earned his law degree in 2009 from University of Denver Sturm College of Law and later became a partner with the Holland and Hart law firm.

Sylvia Garcia was elected to Congress in 2019 after serving for six years in the Texas Senate. She attended Texas Woman's University on a scholarship, graduating with a degree in social work, and then the Thurgood Marshall School of Law.

She served an unprecedented five terms as a presiding judge of the Houston Municipal System, and was later appointed Houston city controller.

She earned a law degree from Santa Clara University School of Law, and at the same time worked as a staffer for Congressman Don Edwards, preparing articles of impeachment against President Nixon.

Schiff and Nadler will lead the team, which includes a diverse selection of lawmakers, particularly those with courtroom experience.

Notably, one of the prosecutors, Lofgren, has now played a role in three different impeachment processes: Trump's, and those of former Presidents Richard Nixon and Bill Clinton.

Following Pelosi's announcement, Trump tweeted: "Here we go again, another Con Job by the Do Nothing Democrats."

"All of this work was supposed to be done by the House, not the Senate!"

Trump was impeached by the Democratic-led House on December 18 on charges of abuse of power over his pressure on Ukraine to investigate Democratic rival Joe Biden — as Trump withheld aid from the country.

The president was also charged with obstructing Congress’ ensuing probe.

Later today, the House is expected to vote to send the impeachment articles to the Senate.

At that point, the managers will walk them across the Capitol to the Senate. 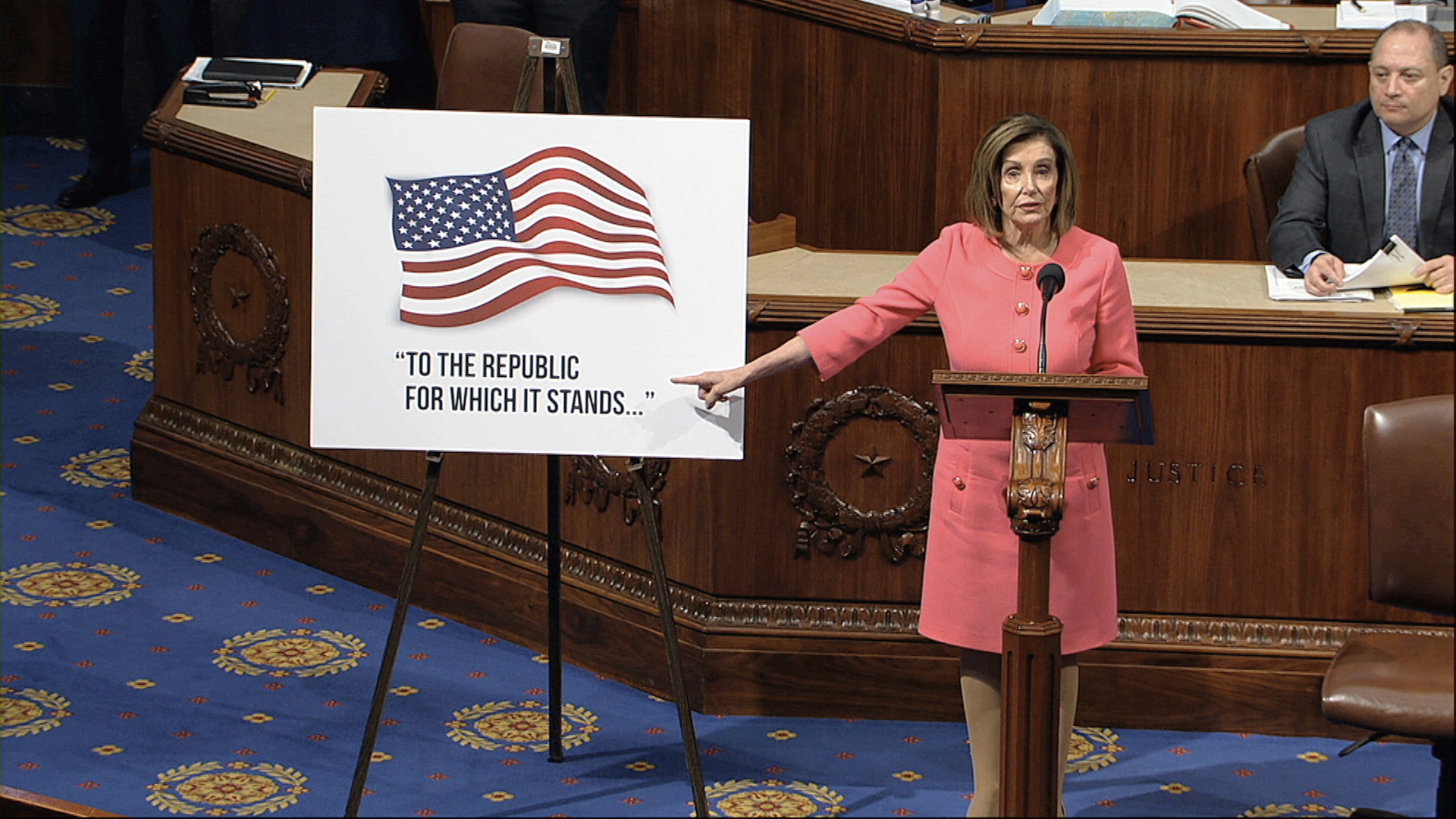 There, the managers will deliver a bound copy of the documents to the Secretary of the Senate, Julie Adams.

The Senate's Sergeant at Arms Michael Stenger will cry out, "Hear ye! Hear ye!" and warn assembled senators to be quiet.

He will say: "All persons are commanded to keep silence, on pain of imprisonment, while the House of Representatives is exhibiting to the Senate of the United States articles of impeachment against Donald John Trump, president of the United States."

One of the managers then reads the articles in full from the well of the Senate chamber, before the whole team retreats.

The ritual has been performed only twice before — the last time in 1998 before Bill Clinton's impeachment trial.

Trump's impeachment trial comes as the nation is politically divided, and ahead of the 2020 presidential election.

The Senate is expected to transport into an impeachment court as early as Thursday, but significant proceedings wouldn't begin until next Tuesday.

Dad of missing girl, 7, is 'a murder suspect after he shot dead a man'

The Constitution calls for the chief justice to preside over senators, who serve as jurors, to swear an oath to deliver "impartial justice."

McConnell, who is negotiating rules for the trial proceedings, said all 53 Republican senators are on board with his plan to start the session and consider the issue of witnesses later.

Senate Republicans also signaled they would reject the idea of simply voting to dismiss the articles of impeachment against Trump, as Trump himself has suggested. McConnell agreed he does not have the votes to do that.

GOT a story? EMAIL [email protected]

US riots: Trump’s allies have bailed, but battle for America’s soul is just beginning