PRESIDENT Donald Trump made his final pitch to voters on Monday night, wrapping up a whirlwind tour that saw him visit some of Election Day's key battleground states.

At each each event, the president touched on familiar themes, from his support of the military and economic record, to hitting out a China and the potential for voter fraud.

Meanwhile, Trump's Democratic rival Joe Biden headed to Cleveland, Ohio, on Monday, before traveling to Pittsburg, Pennsylvania, in what many believe will be the most fiercely contested state of the contest.

Trump and Biden's rallies were both different in their approach and substance.

With America stood at a crossroads in its fight against the coronavirus, Trump opted for outdoor rallies packed with supporters, while Biden's campaign ran drive-in events.

A recent study by Stanford University linked 30,000 cases of COVID-19 to Trump rallies, as well as 700 deaths. 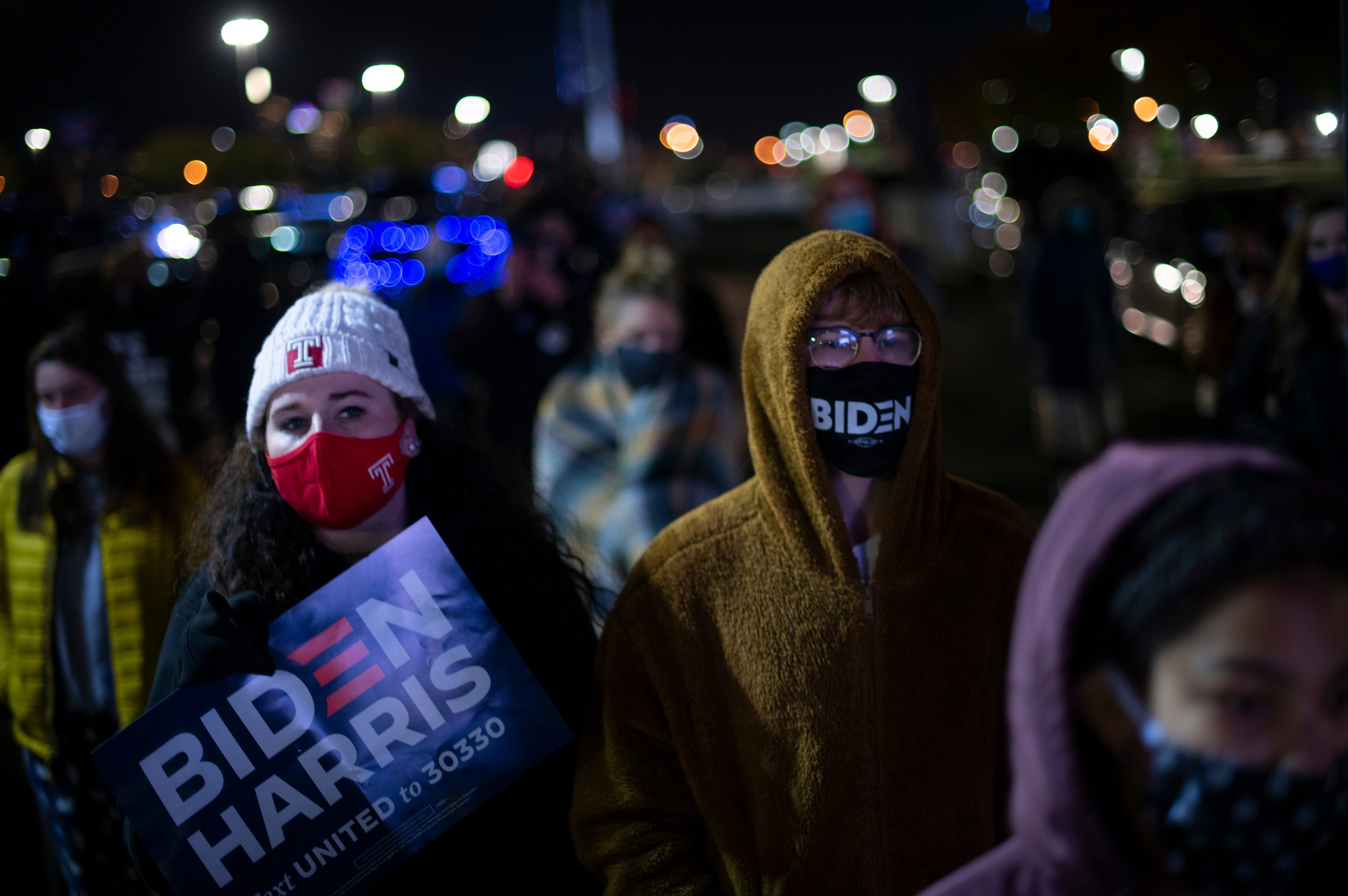 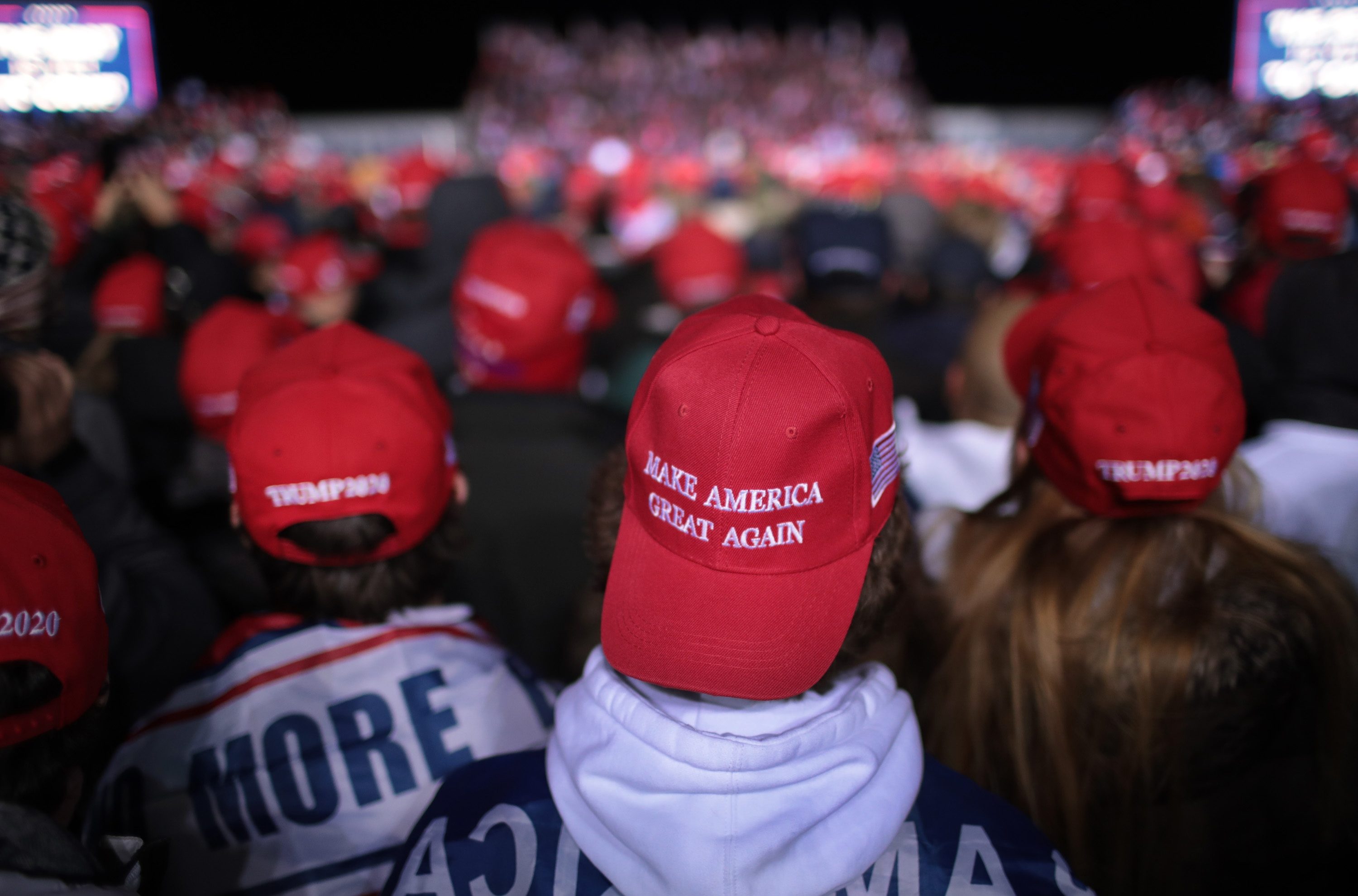 But going into Tuesday's contest, America finds its two major parties not only at odds over how to handle the pandemic, but also facing the starkest economic contraction since the Great Depression and its population divided on cultural and racial issues.

Biden, speaking in Pittsburgh, pushed a voting rights message to a mostly Black audience, declaring that Trump "believes only wealthy folks should vote" and describing COVID-19 as a mass casualty event for Black Americans.

Trump opted to deliver a spirited message across his five campaign stops, focusing on his record as president – including America's economic success prior to the coronavirus pandemic and installing Supreme Court Justice Amy Coney Barrett ahead of Election Day.

The president also hit out at familiar targets – such as China's handling of the coronavirus, the mainstream media, the Electoral college, and a wing of the Democratic Party that Republicans have taken to calling the "radical left." 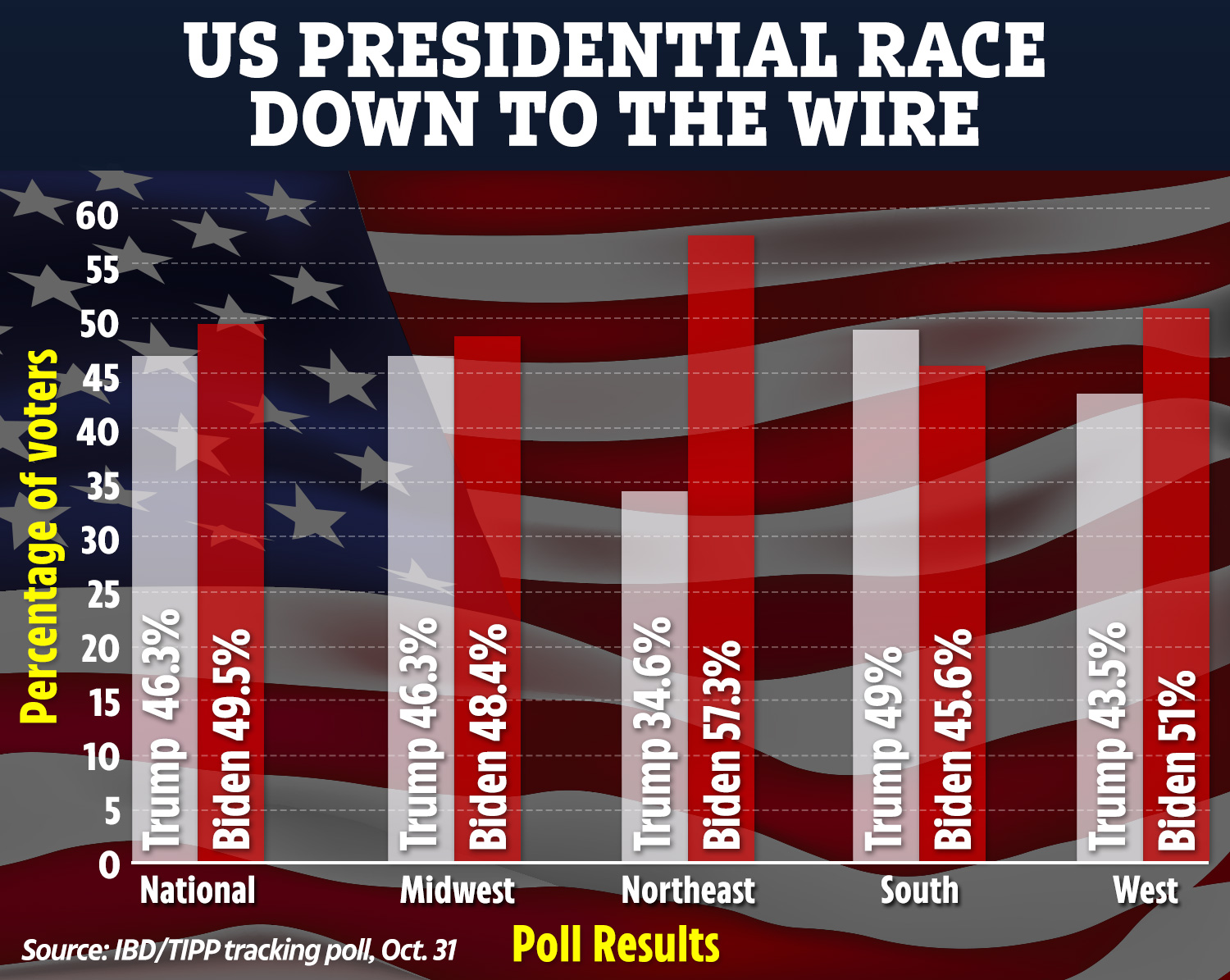 At an evening rally in Michigan, Trump said: "I have been under siege illegally for three-and-a-half years. I wonder what it would be like if we didn't have all of this horrible stuff. We'd have a very, very calm situation.

Both campaigns called on their support acts on Tuesday, too, with former president Barack Obama campaigning for Biden in Atlanta, while First Lady Melania Trump spoke at an event in North Carolina.

Through early voting or mail-in ballots, nearly 100 million votes have already been cast.

Such methods could lead to delays in the final results, reports have claimed.

In Pennsylvania, Trump has already claimed he will take legal action to stop the counting of ballots beyond Election Day.

Counting over several days is allowed, but the president has repeatedly said that such methods could lead to cheating on a scale that has never been seen before, despite citing no evidence.

Both candidates' late pushes in the Keystone State show how important the campaigns see the state's vote-rich northeast counties.

An appeal is currently pending at the Supreme Court over the counting of absentee ballots in Pennsylvania that are received in the mail in the three days after the election.

Democrats already celebrated a decision by a federal judge to reject another last-ditch Republican effort to invalidate nearly 127,000 votes in Houston.

The ballots were cast at drive-thru polling centers established during the pandemic.

Trump plans to watch Tuesday's election results from the White House, while the Biden campaign will be in the former vice president's home state of Delaware. 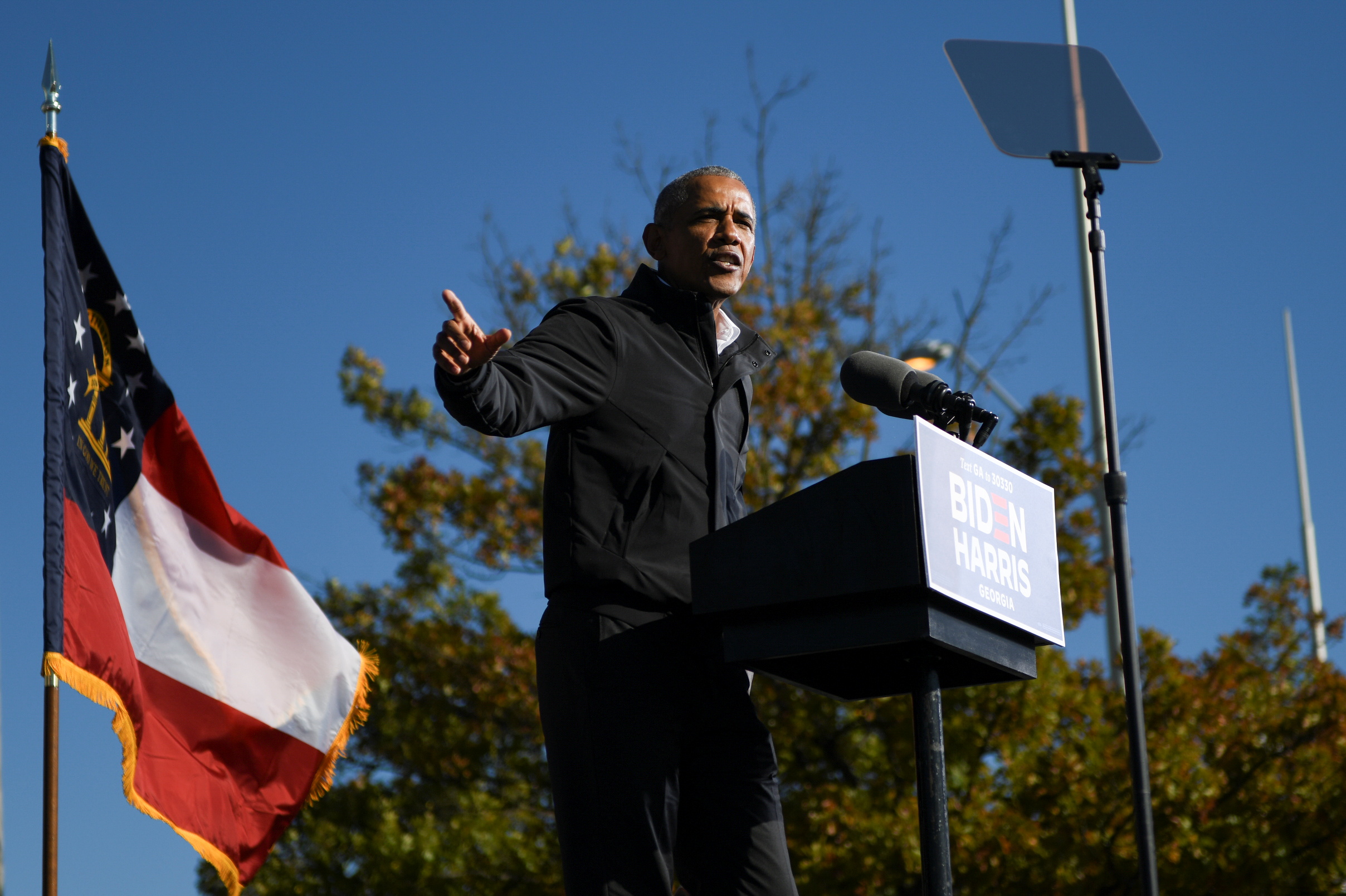 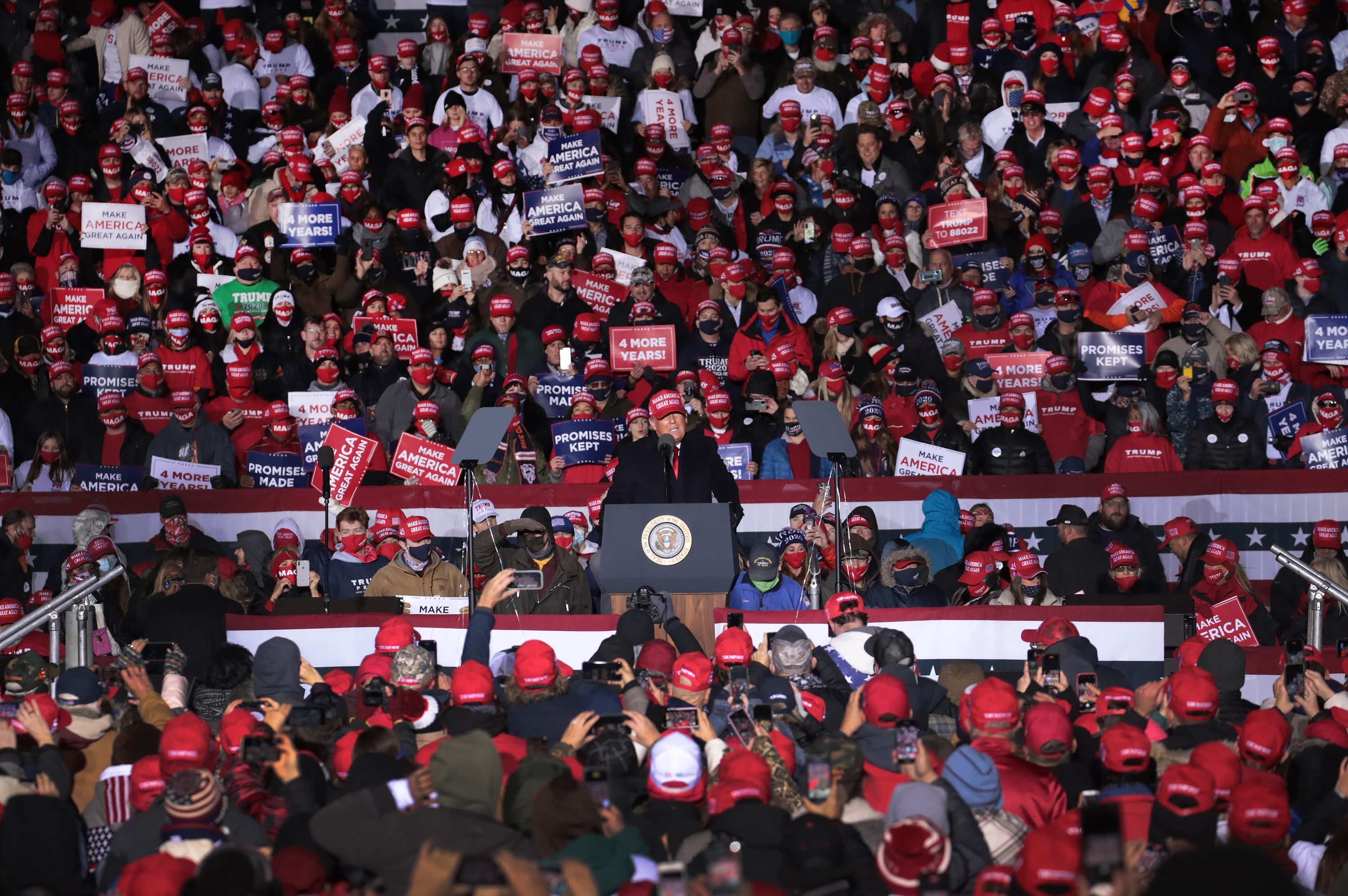