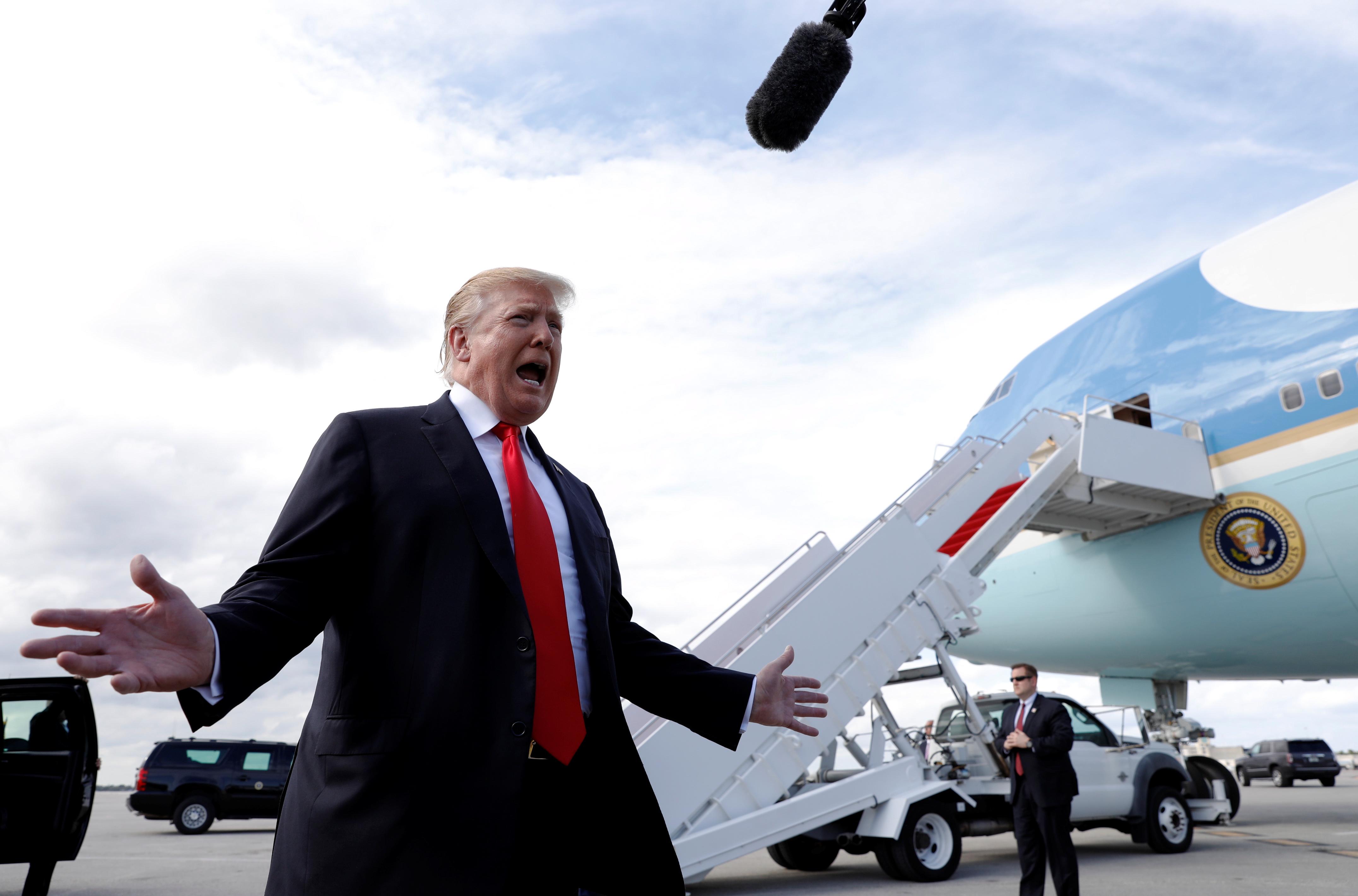 WASHINGTON (Reuters) – U.S. President Donald Trump criticized the federal probe into whether his presidential campaign worked with Russia to sway the 2016 election, and encouraged a look at “the other side,” after the Justice Department said on Sunday that U.S. Special Counsel Robert Mueller found no evidence of collusion.

“It’s a shame that our country had to go through this,” Trump told reporters before boarding Air Force One to return to Washington from Florida. “This was an illegal takedown that failed. And hopefully, somebody’s going to be looking at the other side.”