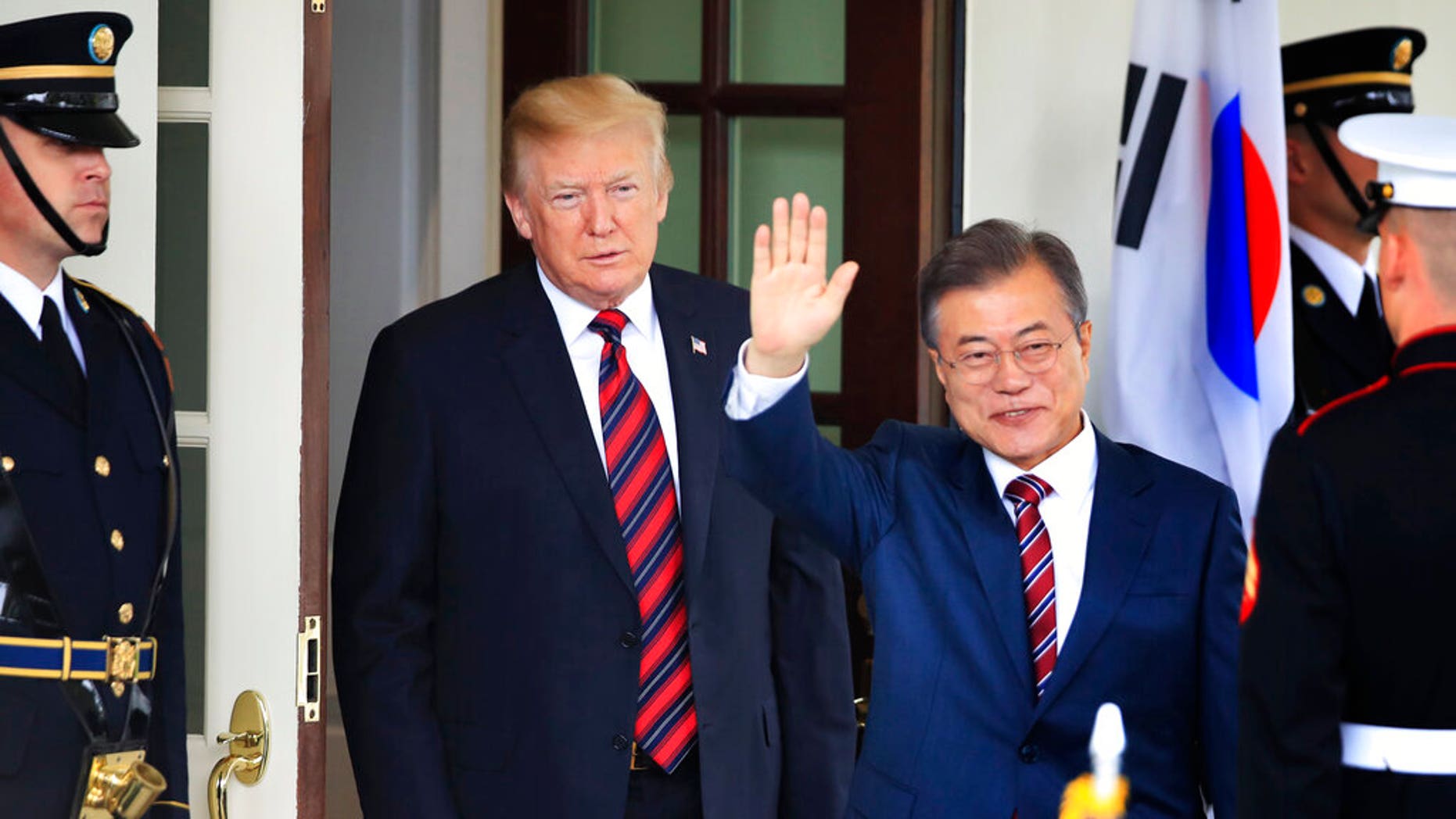 FILE: South Korean President Moon Jae-in waves as he is welcomed by U.S. President Donald Trump to the White House in Washington on May 22, 2018.
(Associated Press)

Moon and his wife, Kim Jung-sook, will receive a welcome at the White House on April 10-11, to “discuss the latest developments regarding the Democratic People’s Republic of Korea as well as bilateral matters,” a news release said.

“The alliance between the United States and the Republic of Korea remains the linchpin of peace and security on the Korean Peninsula and in the region. This visit will strengthen this alliance and the friendship between the two countries,” the statement added.

Trump and Kim reached a stalemate in Vietnam over disagreements on U.S.-led sanctions. The breakdown of talks put Moon, who played an intermediary between Washington and Pyongyang, in a difficult position on how to further engage North Korea and promote nuclear diplomacy.

North Korean Vice Foreign Minister Choe Son Hui said earlier this month that her country will not continue nuclear talks unless the U.S. takes steps commensurate with those the North has taken, such as its moratorium on missile launches and weapons tests, and changes its "political calculation."

At 7 years old, a migrant girl crossed into America, and then died in U.S. custody

Russian tycoon’s son urinates on $3,000 in obnoxious display of wealth