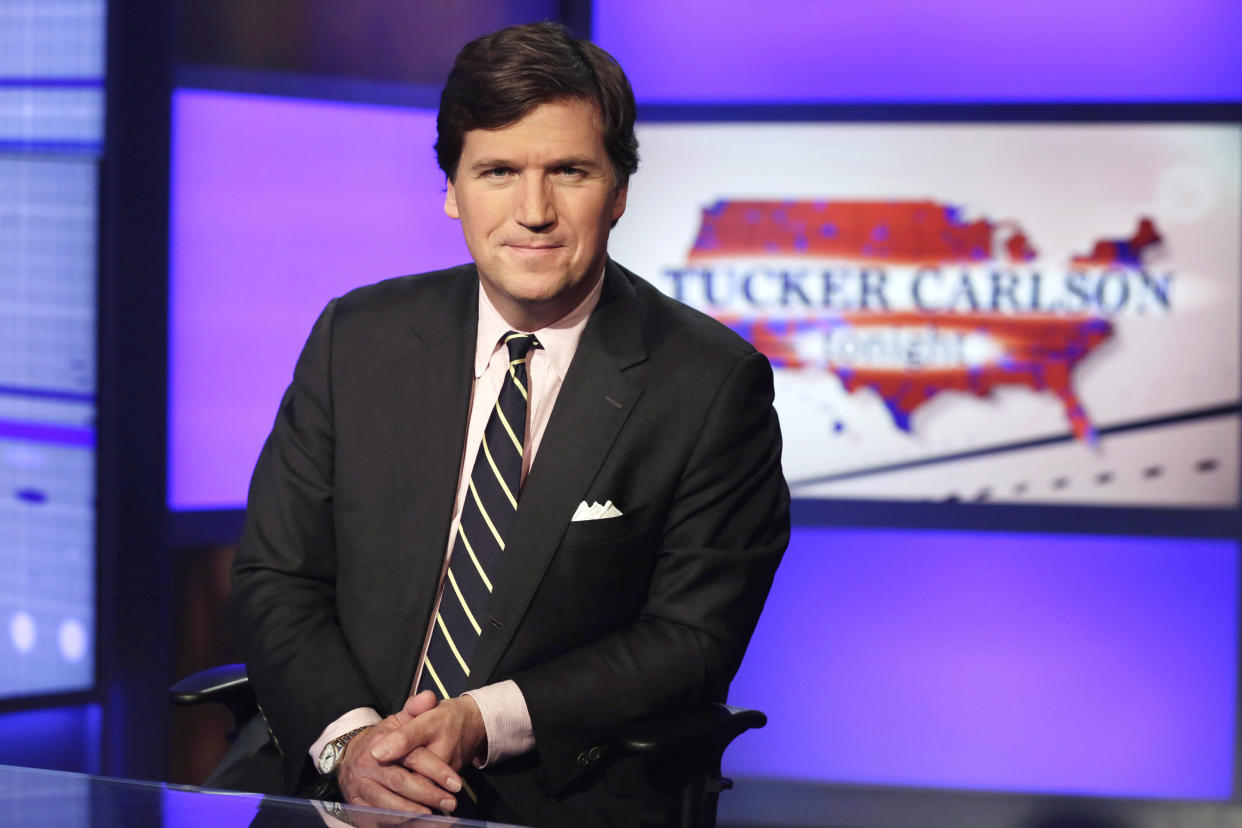 Fox News host Tucker Carlson lauded both Florida Gov. Ron DeSantis and former President Trump during a speech on Saturday, but he declined to endorse a candidate for the 2024 Republican presidential primary.

An attendee asked Carlson during his session at AmericaFest 2022, hosted by conservative group Turning Point USA, whether he would support Trump or DeSantis, who are seen as the top two contenders for the nomination.

“Let’s be honest. Who cares what I think? You know what I mean?” Carlson said. “I’m not endorsing anybody. I have no idea what’s going to happen in the Republican primary.”

Carlson, who attracts one of the biggest audiences in prime-time cable news, said DeSantis, who recently won a second term as governor, has done an “unbelievable job,” noting enthusiasm for the Florida Republican at the grassroots level.

Let’s be honest. Who cares what I think? You know what I mean? I’m not endorsing anybody. I have no idea what’s going to happen in the Republican primary.Tucker Carlson

He went on to say that Trump “changed my view of everything,” referencing the former president’s disdain toward NATO and his continued focus on the southern border.

“Fundamentally, I agree with him on the big things, on immigration, foreign policy,” Carlson said on Saturday.

“I strongly agree with them, so thank heaven I don’t have to think through how this is going to end,” he continued. “I mean, at this point, it does seem like two forces moving toward one another at high speed. And how can that go well? And the answer is I have no idea. I have no idea.”

DeSantis has not formally entered the race but has consistently polled as the top alternative to Trump, who announced his White House bid last month.

Trump in recent weeks has stepped up his attacks on the Florida governor as they prepare to potentially run against each other, nicknaming him “Ron DeSanctimonious” days before his campaign launch.

The former president has also attacked some recent polls that show DeSantis with a lead over Trump among a list of rumored Republican presidential contenders.

For the latest news, weather, sports, and streaming video, head to The Hill.

Widower of Kobe Bryant helicopter crash victim auditions for 'AGT': 'She would want me to carry on'