The Diyanet comes under fire after comments on homosexuality and failing to stop people from travelling to holy sites. 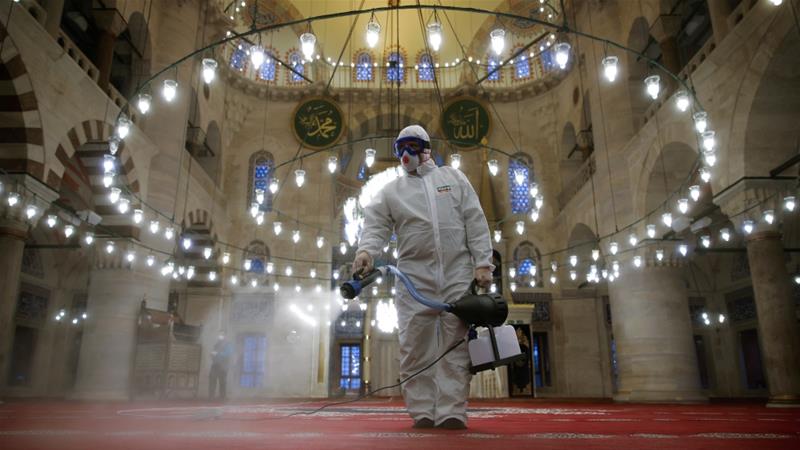 Ankara, Turkey – As the Muslim world marks Ramadan under the cloud of the coronavirus outbreak, Turkey’s powerful Religious Affairs Directorate has emerged as a leading voice in guiding the faithful during the crisis.

Such prominence, however, has also shone a critical light on the directorate, known as the Diyanet, for its actions during the crisis.

Turkey’s Human Rights Association and the Ankara Bar Association submitted criminal complaints alleging hate speech against Diyanet head Ali Erbas over his televised sermon on the first day of Ramadan, in which he claimed “evils” such as homosexuality spread disease and “decay”.

The directorate has also come under fire after failing to halt people travelling to Islam’s holy sites in Saudi Arabia – trips overseen by the Diyanet – as the pandemic first emerged in Turkey last month. Many early infections spread from people returning from the Umrah pilgrimage.

The Diyanet, which manages Turkey’s 89,000 mosques, has become increasingly influential under the 18-year rule of President Recep Tayyip Erdogan’s Justice and Development Party (AK Party), seeing its budget quadruple to outstrip those of most government ministries.

Many saw this as a rebalancing of Turkish society after decades of secular rule that saw Islam marginalised through measures such as a ban on women wearing headscarves in universities or public sector jobs.

The directorate’s income is bolstered by commercial interests in property as well as finance from providing sacrificial livestock and selling pilgrimage tours. Although this form of religious endowment, or vakif, is traditionally used to fund pious foundations, it has led to criticism that the directorate has strayed from its religious mission to chase power and wealth.

Aykan Erdemir, senior director of the Turkey programme at the Foundation for Defense of Democracies in Washington, DC and a former member of the Turkish parliament, said targeting the LGBT community aimed to deflect blame from mismanagement of the outbreak.

“Instead of taking responsibility for the egregious mistakes in its own handling of the public health challenges, the Diyanet has chosen to make vulnerable groups a target of hate crimes,” he told Al Jazeera.

Meanwhile, Omer Saglam, a former Diyanet official now working as a writer, described the continuation of pilgrimages as “fundamentally wrong”.

Although other branches of government should also shoulder some blame, the Diyanet should have issued strong advice to halt the overseas travel of such a vulnerable group, he added.

When thousands of pilgrims, most of them elderly, arrived back in Turkey, some were quarantined in student dormitories but many returned to their villages.

Evidence soon emerged showing returnees welcoming large groups of visitors at home even after Ankara imposed measures to contain the virus, such as the closure of the border with hard-hit Iran on February 23.

Recep Ozel, deputy chairman of the AK Party, tweeted on April 1 that, of the 268 confirmed cases in his home province of Isparta, 245 were Umrah pilgrims.

Fahrettin Yokus, an opposition politician from the religiously conservative province of Konya, was more forthright.

“When you look at the statements of the health minister, most of those who lost their lives are Umrah pilgrims,” he told the opposition Sozcu newspaper. “The head of the Diyanet is responsible for these plague-stricken citizens.”

The directorate has also faced questions over the delay in cancelling Friday prayer gatherings in mosques until March 16, despite the requirement under Islam to take precautions during health threats.

Turkey closed other public spaces such as bars and cafes on the same date and other Muslim-majority nations also halted Friday prayer services around the same time.

Turkey recorded its first coronavirus case on March 11 and now has 112,261 cases, the highest number outside Europe and the US.

“It was a great mistake that it continued to perform mass prayers in mosques after the outbreak of the virus appeared,” Saglam said.

“On the other hand, it is worth considering claims that those returning from Umrah were released into society without adequate controls and not quarantined. In this respect, the Diyanet has institutional responsibility.”

In a statement on Erbas’s sermon, the Diyanet underlined Islam’s command that sex should only occur between a married man and woman. “Islam clearly forbids all forms of adultery as well as homosexuality,” it said.

Under the constitution, it is the directorate’s legal duty to give Islamic guidance, the statement added.

“As a requirement of this responsibility, it is extremely unjust and irresponsible behaviour to fabricate ‘hate speech’ or discrimination in relation to the religious explanation of all kinds of illegitimate sexual relationships as a great sin.”

Such an allegation amounted to “insulting the religious and spiritual values” of Turkey, the statement said.

Defending the directorate, government officials and AK Party supporters characterised criticism as an attack on Islam, using the top-trending hashtag “Ali Erbas is not alone”.

In a speech following a cabinet meeting on Monday, Erdogan backed Erbas for fulfilling his religious duty.

“If there is someone in our country who should speak for Islam, if there is an institution, it is the Directorate of Religious Affairs,” he said.

The president singled out a statement from the Ankara Bar Association as a “deliberate attack against Islam” and the state.

“The true faces of those who glorify heresy in the name of equality are disclosed one by one … We believe that this false slanderous political concept, which has no contribution to the nation and the country, will be completely liquidated,” said Erdogan.

Industry and Technology Minister Mustafa Varank tweeted: “This rabble, which tries to view their grievances with Islam through Mr Ali Erbas, should well know that they will not have influence until the as long as the call to pray is heard over our eternal homeland.”

Prosecutors in Ankara have launched an investigation into the city’s bar association for allegedly insulting religious values.

Same-sex relationships have never been illegal in Turkey, while in many Western countries they remained illegal until the 1960s, and people have been legally permitted to change gender since 1988.

Although Turkey’s approach to the LGBT community compares favourably to its neighbours in the Middle East, in recent years annual LGBT rights marches have been banned in cities such as Ankara and Istanbul.

Erdemir said the attacks on the Diyanet’s critics “show that the homophobic conspiracies peddled by the country’s highest religious authority resonate closely with the prejudices held by the country’s political leadership”. 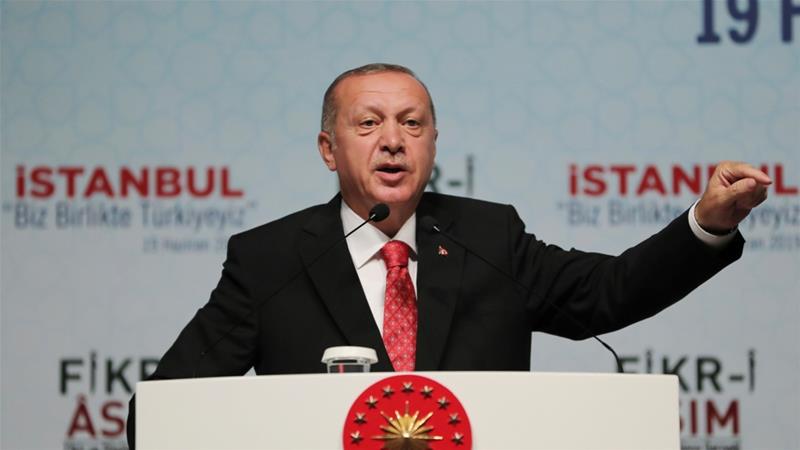 Media haven or hell? The paradox of journalism in Turkey

It’s casserole season. For that, there’s this polenta lasagna recipe. – The Denver Post

Iran says it will not surrender even if it is bombed