Turkey’s Ministry of Defence has released footage of a terrifying clash between Turkish and Greek fighter jets over the eastern Mediterranean this week. Ankara scrambled F-16 jets to intercept six Greek warplanes as they returned from Cyprus — where they had been participating in war games — to their base in Crete. It marks the second direct confrontation between the two NATO powers this month.

Earlier this month a Greek frigate collided with a Turkish navy ship during war games close to Crete.

Tensions between the two sides have escalated in recent weeks, sparking concerns that conflict could erupt into an accidental military confrontation.

Turkish F-16 jets then intercepted the jets and warded them off after finding out that the jets were Greek.

JUST IN: Turkey on warpath: Erdogan warns Greece ‘we will take what’s ours’ 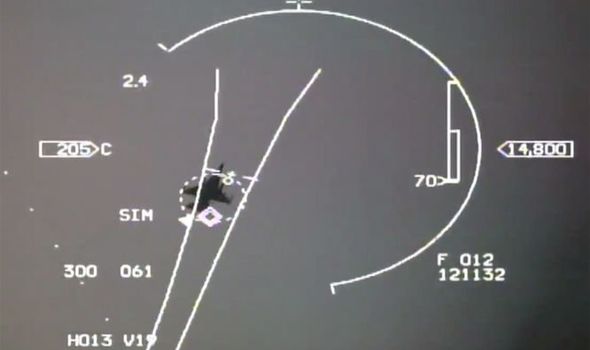 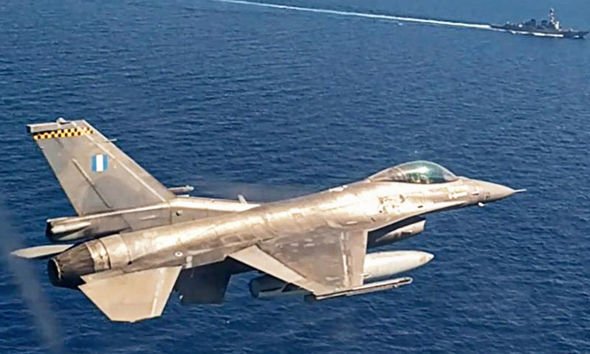 The Greek defence ministry said that its jets called for back-up and then “proceeded to the immediate recognition and interception of the Turkish aircraft”.

At the time, the Greek air force had been participating in naval and aerial war games with Cypriot, French and Italian forces as part of increasingly confrontational exercises.

The crisis erupted earlier this month when Turkey sent a survey vessel, accompanied by warships, to explore the possibility of drilling for oil and gas in the Aegean Sea.

Ankara has so far refused to recognise Greek claims to the resources in the sea. 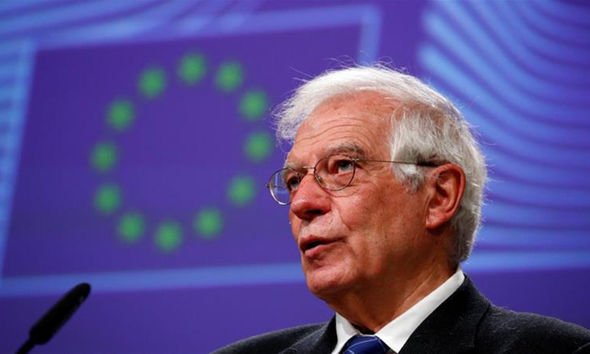 In response, Greece has claimed that the Turkish vessels were trespassing in Greek waters and violating its exclusive economic zone.

Turkish President Recep Tayyip Erdogan hit back this week: “Turkey will take what is its right in the Mediterranean, in the Aegean and in the Black Sea.

“If anyone wants to stand before us and face the consequences, they are welcome to. If not, stay out of our way and we will continue with our work.” 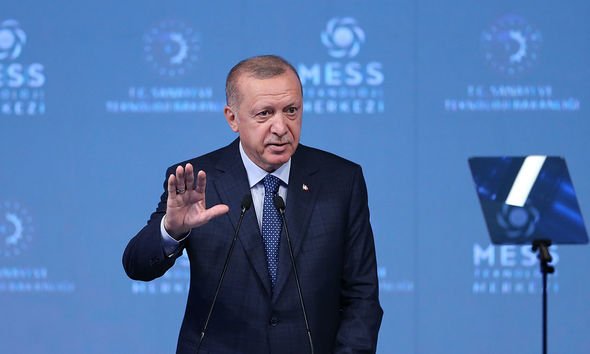 President Trump held phone calls with both President Erdogan and Kyriakos Mitsotakis, the Greek prime minister, urging them to “commit to dialogue”.

Jens Stoltenberg, the secretary-general of NATO, also voiced concerns, saying: “The fact that there are so many ships, so many military capabilities in a quite limited area, that in itself is a reason for concern.”