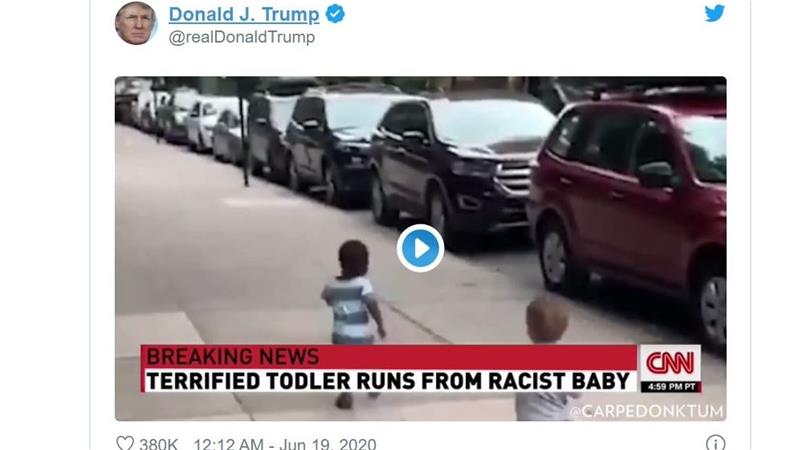 Twitter has slapped another label on a tweet by US President Donald Trump, this time warning that a video he shared was doctored and escalating the social media company’s crackdown on one of its most widely followed users.

After Trump tweeted the video late on Thursday, Twitter took the rare step of adding a warning that it was “manipulated media” and linked to a page that said multiple journalists confirmed the clip was edited to make it look like a CNN broadcast. The video remains visible in Trump’s timeline.

The original 39-second video, which went viral on social media in September 2019, showed a Black toddler and a white toddler running towards each other and hugging. It led to headlines, like one on the CNN website last year – “These two toddlers are showing us what real-life besties look like”.

The clip shared by Trump begins with the last nine seconds of the footage of the boys running set to ominous music, with a fake misspelled CNN caption reading, “Terrified todler runs from racist baby.” At one point the banner reads: “Racist baby probably a Trump voter”.

Then it cuts to other footage from the original video of the boys excitedly running to each other and hugging, which formed the basis of the original CNN story, before showing the message, “America is not the problem. Fake news is.”

“We may label Tweets containing synthetic and manipulated media to help people understand their authenticity and to provide additional context,” Twitter says in an explanation of its policies posted on its website.

The father of the Black toddler, Michael Cisneros, posted the video on Facebook urging others to share.

“PLEASE!!! SHARE THIS!!!! EVERYONE!!!! HE WILL NOT TURN THIS LOVING, BEAUTIFUL VIDEO TO FURTHER HIS HATE AGENDA,” he wrote.

The mother of the white toddler, Erica Russo McKenna also commented on Facebook: “Utterly shocked. Trump posted this on his Twitter. For all you Trump supporters, I hope that his use of their beautiful video in this way disgusts you. It should.”

Trump lashed out at Twitter last month after it added fact-check warnings to two of his tweets on mail-in voting, and promised to add new regulations to rein in social media companies.

The president, who has battled Twitter and other tech companies over alleged censorship of conservative voices on social media platforms, said in late May he would propose legislation to potentially scrap or weaken the law shielding internet companies, in an extraordinary attempt to regulate outlets where he has been criticised. 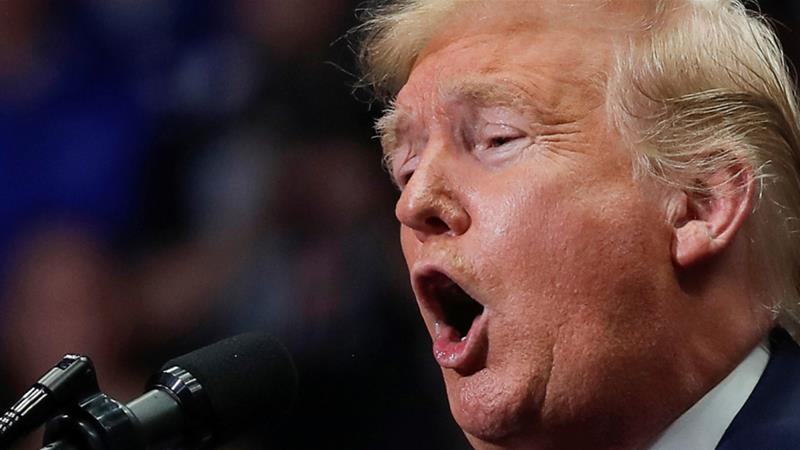 With the US in crisis, can Trump pull off another election win?