Victorian health authorities are warning of a marked increase in a dangerous bacterial infection that caused the recent deaths of two children and sent many more into intensive care.

The infectious disease is caused by the group A streptococcus bacteria, found in the throat and on the skin. It mostly triggers mild symptoms including a sore throat, but in rarer cases can lead to life-threatening invasive group A streptococcal infections. 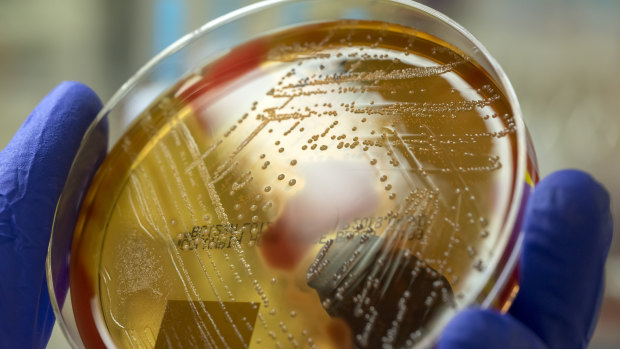 A microbiologist holds an agar plate showing the destruction of red blood cells caused by the streptococcus bacteria.Credit:Getty

The disease has made recent headlines in the UK, where an out-of-season increase in infections has been responsible for the deaths of 25 children and 97 adults, and tens of thousands of cases of scarlet fever.

The condition can result in blood poisoning (septicaemia), toxic shock syndrome, flesh-eating disease, pneumonia, meningitis and cause a collection of pus deep in the back of the throat called a retropharyngeal abscess. 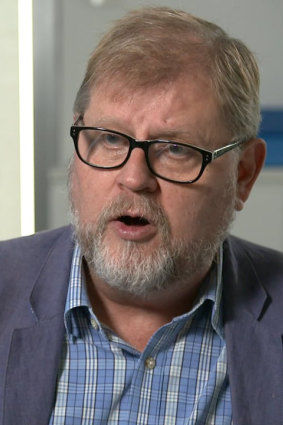 Professor Robert Booy believes the surge in invasive group A strep could be linked to the pandemic.

Two children in Victoria died in 2022 from invasive infections, or toxic shock syndrome, caused by group A streptococcus and “many other children” with group A streptococcal sepsis have required intensive care, according to the Safer Care Victoria memo. In the past 12 months, 190 invasive infections have been detected in all age groups in Victoria.

Professor Robert Booy said a surge in influenza and other respiratory illnesses that occurred as Australia opened its borders again to the rest of the world last summer had likely contributed to the rise of more severe outcomes from group A streptococcus.

The infectious diseases paediatrician with the University of Sydney said those viruses caused damage to the lining of the throat and laid the groundwork for the invasion of the bacteria into the bloodstream, which could cause blood poisoning, scarlet fever, necrotising fasciitis and other complications.

The World Health Organisation has also pointed to increased mixing of people as a driver of scarlet fever and invasive group A streptococcus cases in France, Ireland, the Netherlands, Sweden and the UK in the second half of 2022.

Scarlet fever is common in primary-school aged children and is marked by a pinky-red rash that covers most of the body, a sore throat and high fever. 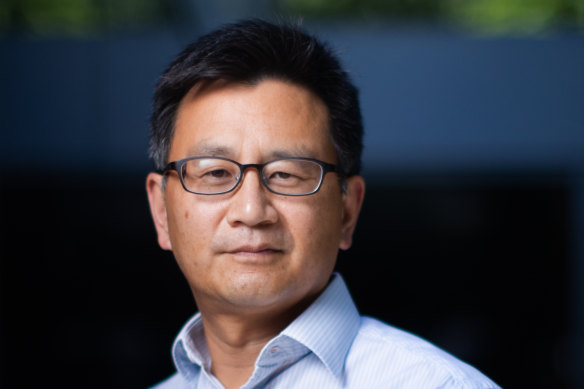 Professor Allen Cheng says group A streptococcus is associated with a range of diseases.Credit:Simon Schluter

Dr Norelle Sherry, the deputy director of a Doherty Institute public health laboratory that conducts surveillance testing for invasive group A streptococcus, said cases dropped to about a third of their usual rate during the pandemic when Melbourne spent more than 260 days in lockdown.

However, she said that because invasive group A streptococcus only began having to be officially reported to the government from last year, it wasn’t clear if the many dozens of cases recently detected were higher than expected for a normal year, as had been the case in the UK.

A Victorian Health Department spokesman said authorities were “closely monitoring the situation regarding invasive group A strep in Victoria, following an increase in cases here and overseas”.

“While the overall risk of invasive group A strep for the general population remains low, young children, pregnant or postpartum women, and older people are at increased risk,” he said.

Infectious diseases physician Professor Allen Cheng said that group A streptococcus was associated with a host of different diseases, including skin infections and rheumatic fever.

“You may not get any symptoms at all. Kids often get what’s called strep throat, which is tonsillitis, and it’s generally not dangerous,” he said.

“If it invades the bloodstream, that’s when you get invasive group A strep, which is what we are worried about here. And then from the bloodstream, it can spread to other parts of the body.”

Signs of invasive streptococcal disease can include fevers or chills, dizziness, shortness of breath, a stiff neck, nausea and vomiting, a red skin infection which may have pus or ulceration, and abdominal pain.

“We often talk about sort of floppy babies and flat children, that’s what we look for when kids are really sick,” Cheng said.

“That would be common to all severe infections … it could be meningococcal, but it could be things like group A strep.”

Group A streptococcus bacteria are usually transmitted via large respiratory droplets or direct contact with infected people or asymptomatic carriers, according to the health department.

Our Planet Matters: What’s it all about?