Two girls have had to be cut free by firefighters after they got stuck in a shopping trolley while going on a joyride.

Danielle Harmer from Adelaide went to the Munno Para Shopping City on Sunday night with her two friends where the lure of the shopping cart proved troublesome.

‘We decided to go to the car park, listening to music, and there were a few trolleys there so we thought we’d go in and push each other,’ Ms Harmer told 7News.

never want to see a trolley again in my life 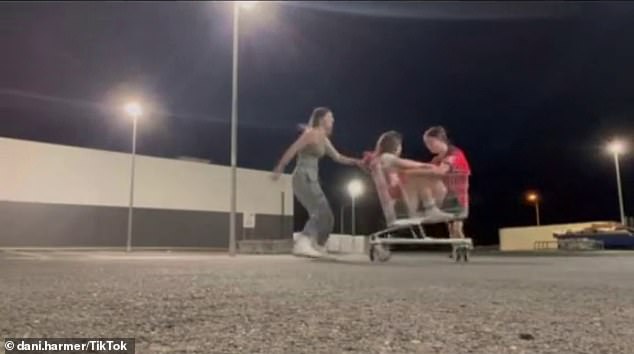 Ms Harmer said she was hesitant to get in one by herself so her friend also jumped in and the third friend pushed them around.

But then when they went to get out, they found they were stuck.

After she realised she was also trapped, they decided to call triple zero with the operator at first skeptical, asking them if they were joking.

Firefighters from South Australia Metropolitan Fire Service were sent out to the job.

‘They just started laughing. It was like six men trying to pull us out and they literally could not.’

The firies then told the girls they would use an angle grinder to cut part of the shopping trolley and get them out.

About 15 minutes later the girls were safely out of the trolley.

Ms Harmer posted a video of the ordeal to TikTok saying she ‘never wanted to see another shopping trolley again’. 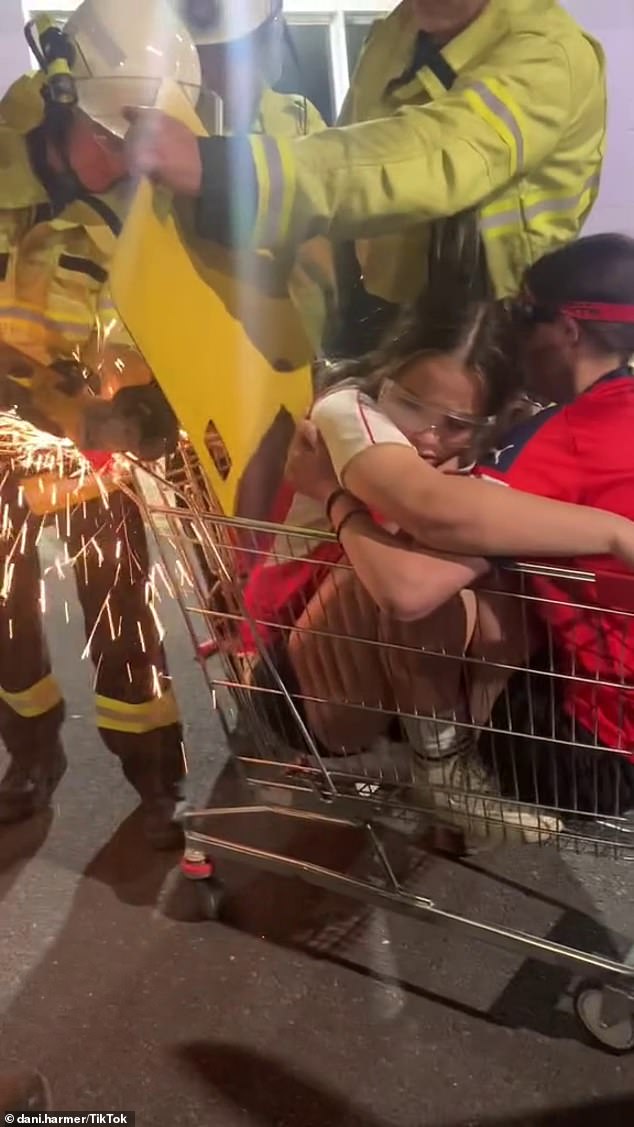