A photo of two women kissing next to an anti-LGBT politician has gone viral on social media.

Matteo Salvini, Italy’s interior minister, is known for his anti-immigrant, anti-LGBT and pro-life views. He is the leader of the right-wing League party.

He was in Sicily for a rally to support one of his party’s candidates for mayor of Caltanissetta, instead of attending memorials for Italy’s liberation from Nazi occupation – a decision which was met with criticism in Italy. 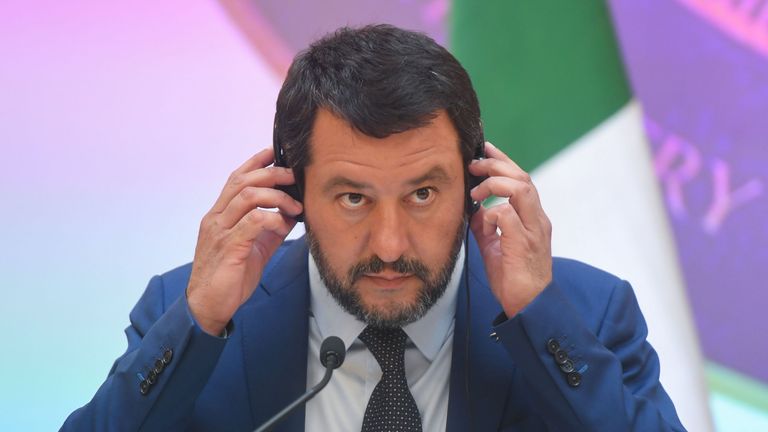 Two students, Gaia Parisi and Matilde Rizzo, queued to have their photograph taken with him at the rally, but when they reached the front of the queue, they decided to kiss instead, in protest of Mr Salvini’s anti-LGBT stance.

Ms Parisi, 19, posted the photograph to her Instagram page with the caption “Ciao amico” or “Hello friend” and tagged Mr Salvini.

Speaking to the Italian newspaper La Repubblica, Ms Rizzo said: “It seemed only right to send a message on Liberation Day. We are just friends, but the kiss was a beautiful message.”

“Salvini is working to limit freedom of expression, including sexual freedom. Our kiss wanted to be a show of support for these rights – in front of someone who is calling such rights into question.”

According to Ms Rizzo, Mr Salvini replied with an antiquated Italian greeting that can roughly be translated as, “best wishes and may you have male children”.

Mr Salvini, who is known to be a savvy social media user, also responded on his own Instagram page, using two images from the scene and adding the caption “auguri, pace e bene sorelle”, which means “greetings, peace and love, sisters”. He used the hashtag #GaiaeMatilde, which had been trending.

Mr Salvini, who also serves as the country’s deputy prime minister, addressed a far-right conference on family in Italy in March, drawing criticism.