Typhoon Kammuri is rapidly intensifying and is expected to approach the Philippines through the weekend. The monster storm could deliver dangerous impacts during the first week of December.

Metdesk company WXCharts tweeted: “Typhoon #Kammuri is headed directly for the Philippines after the weekend, potentially as a super typhoon, just as the SEA Games kick off.

“Devastating wind speeds over 150mph are possible upon landfall, alongside over 400mm of rainfall in places.”

In a statement, the council said: “There is the possibility of Kammuri intensifying into a super typhoon.” 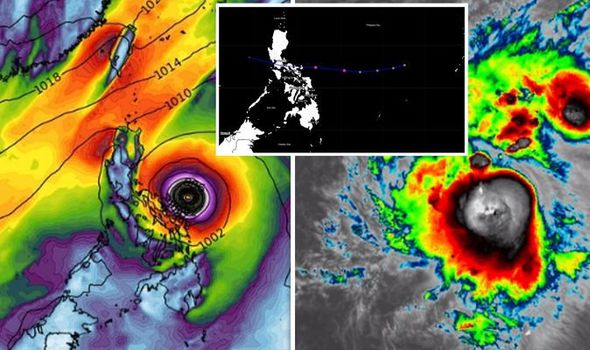 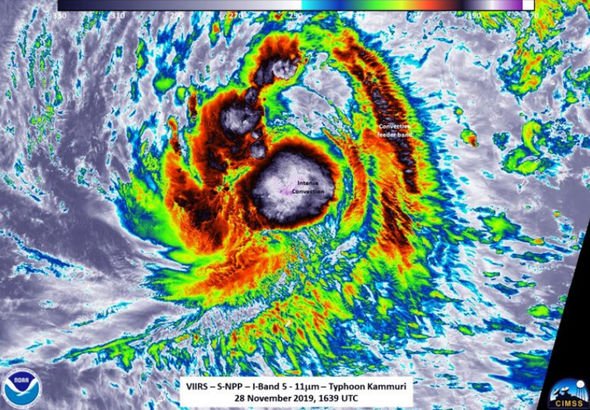 A super typhoon is a cyclone reaching winds of at least 150mph and is the equivalent of a major hurricane.

Kammuri, called Tisoy by locals, is expected to enter the Philippine area of responsibility (PAR) by Sunday.

The intense storm may bring continuous heavy rains over Luzon and eastern Visayas which could cause flooding and landslides in coming days. 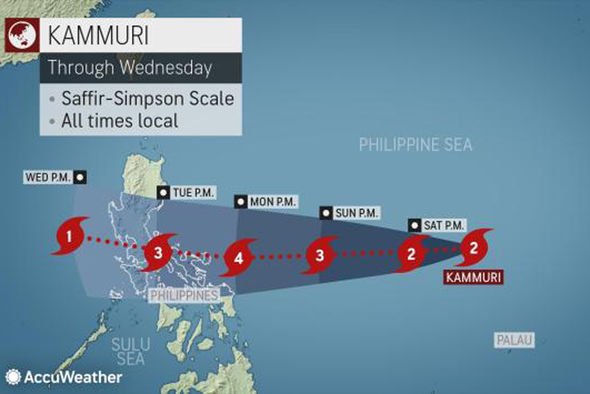 The council noted the typhoon is following a similar track to previous typhoons Reming (2006) and Glenda (2014).

Reming resulted in at least 734 deaths, while Glenda caused 106 deaths.

Kammuri is also comparable to Typhoon Durian in December 2006, which killed more than 730 people.

PAGASA also reported gusts of 99mph had been recorded.

He said: “A front moving through the waters just north of Kammuri will bring some wind shear to the region into Saturday, which will likely inhibit strengthening for a short time. 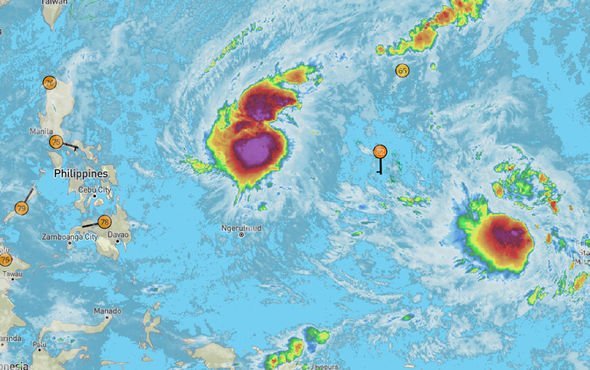 “It is likely that Kammuri could impact the Philippines as a powerful typhoon early next week.”

Rough seas will be expected in the South China Sea during the middle of next week.

There could also be more development east of Guam this weekend or early next week.

Another system located behind Kammuri could be quite significant should the same areas of the Philippines be affected by two tropical systems within one week.